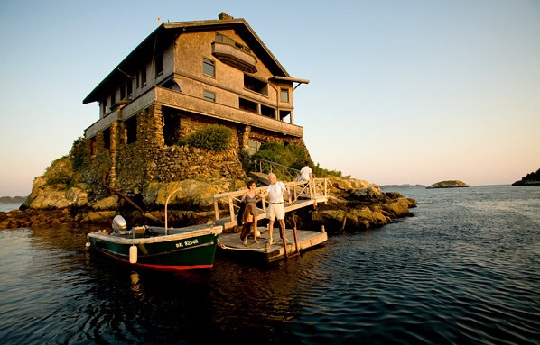 Clingstone is a historical house built in 1905 in the Dumplings in Narraganesett Bay, near Jamestown, Rhode Island. The dwelling, designed by Philadelphia socialite J.S.Lovering Wharton and artist William Trost Richards is a three-story 23-room 10,000sqft shingle-style beach cottage. The Structural sytem of heavy mill-type framing was designed to withstand hurricane force winds. The name “Clingstone” was suggested by a remark that it was “a peach of a house”. Check out the pictures of this building which is known by the locals as “The House on a Rock”. 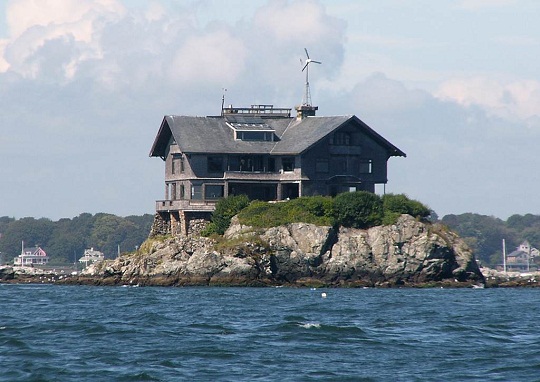 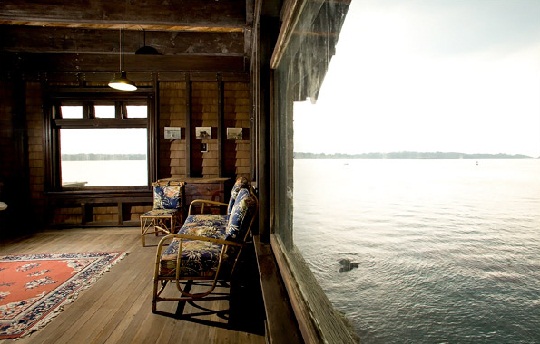 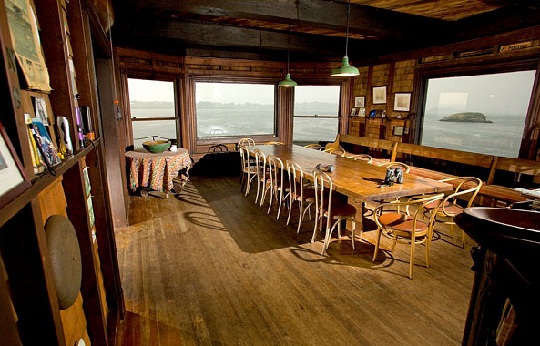 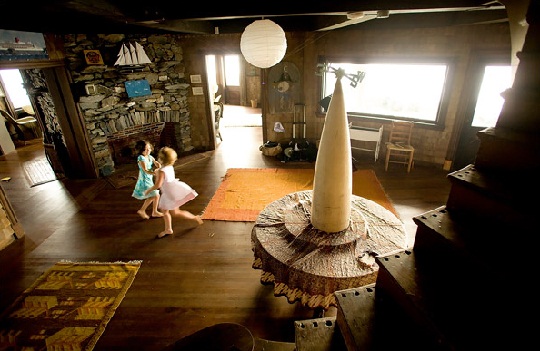 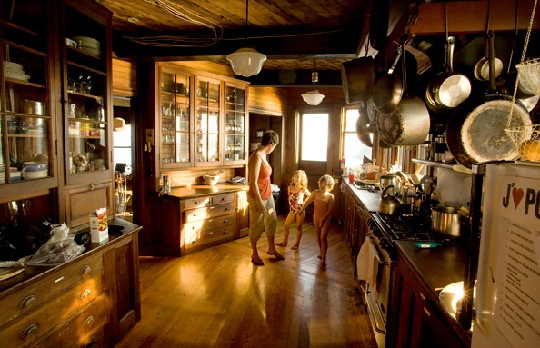 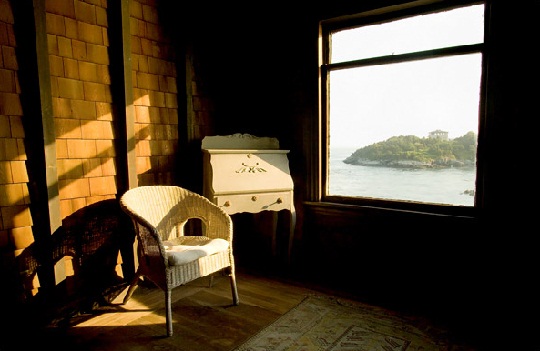 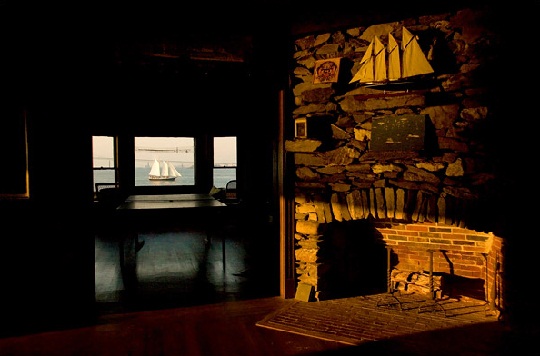