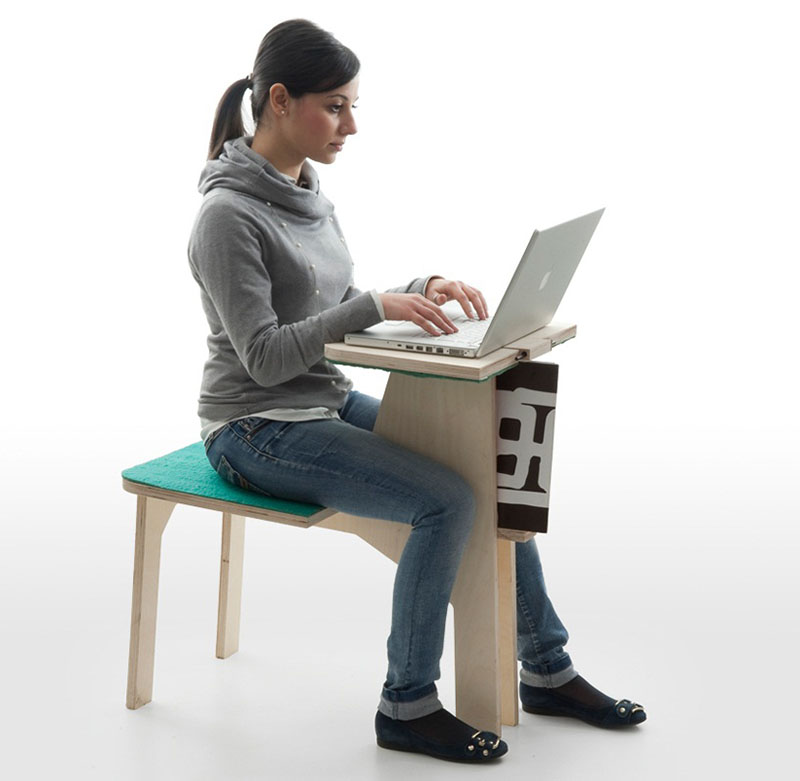 Double side is a versatile seating furniture designed by French design studio Matali Crasset, which can be transformed with a tiny intuitive gesture, into a work tool, the back flips and becomes a small plane on which you can write, use your computer, eat or play, etc. Following is some information by the designer, “Double Side invites an action, and forwards potential opportunities which are revealed during its use.

In this, objects like Double Side can have a role in influencing life styles, succeed in creating stimulus, in transmitting not only a sense of protection and the comfort of resting but also the pleasure of creativity in modeling personally spaces in according with new visions , with a change in mentality and in behavior ( the non stopping one). 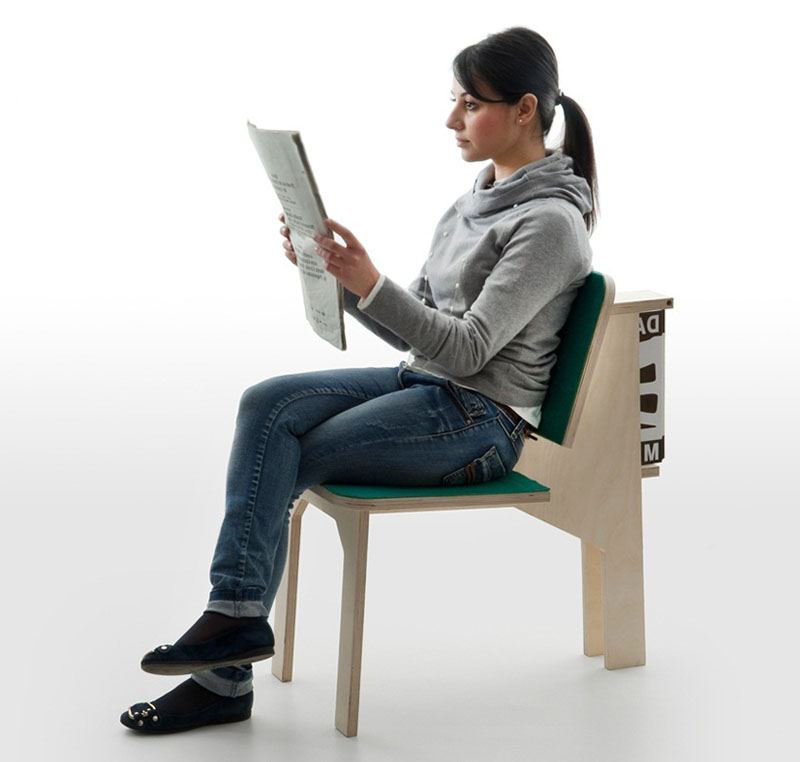 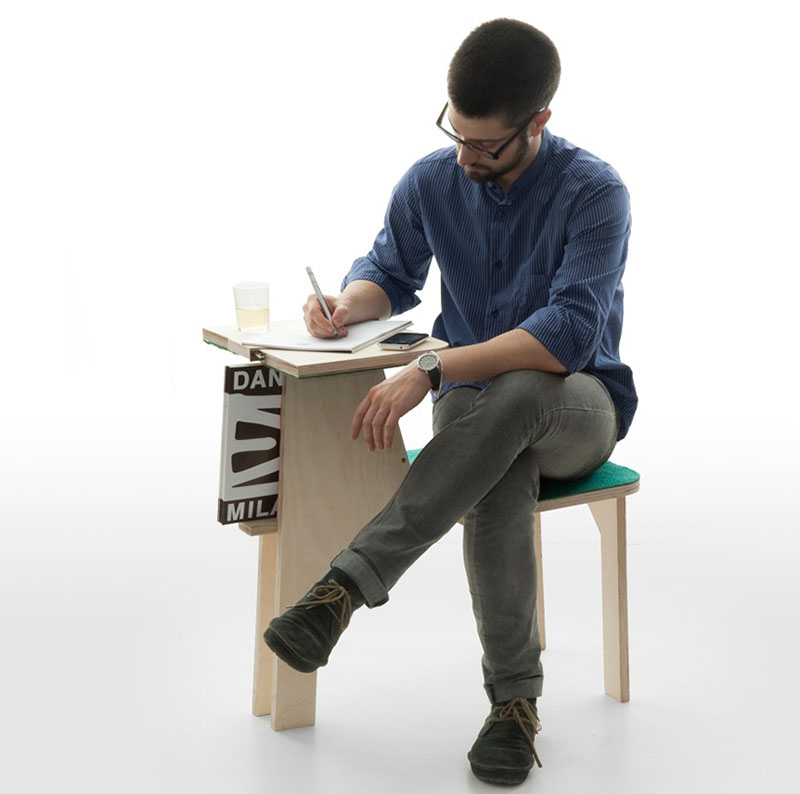 Double Side furniture doesn’t stop at the archetype of the seat but updates it always watching the real needs of “seating” and therefore it unifies within itself more traditional elements reevaluated according to contemporary needs; it’s a traditional and comfortable chair in the essentially, but positive, warm and familiar thanks to the use of natural materials like wood and felt, and to the color, it’s a support plane, of reduced dimensions but sufficient to assure the functionality of such an alternative and informal chair and It’s a small space which represents the affective heart, a sort of “memory” of the object in which one can put some books, the computer, and safekeeping personal objects. 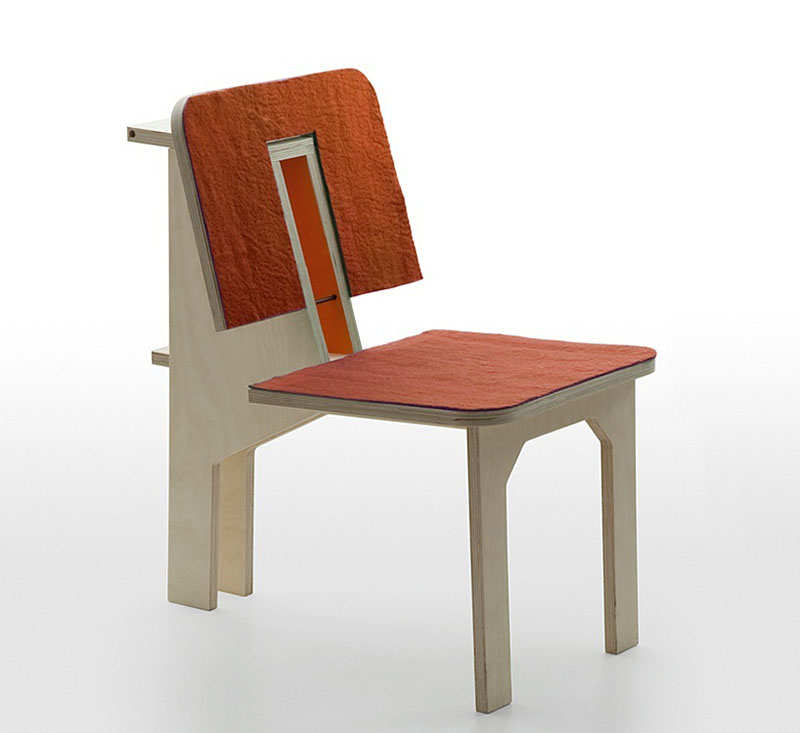 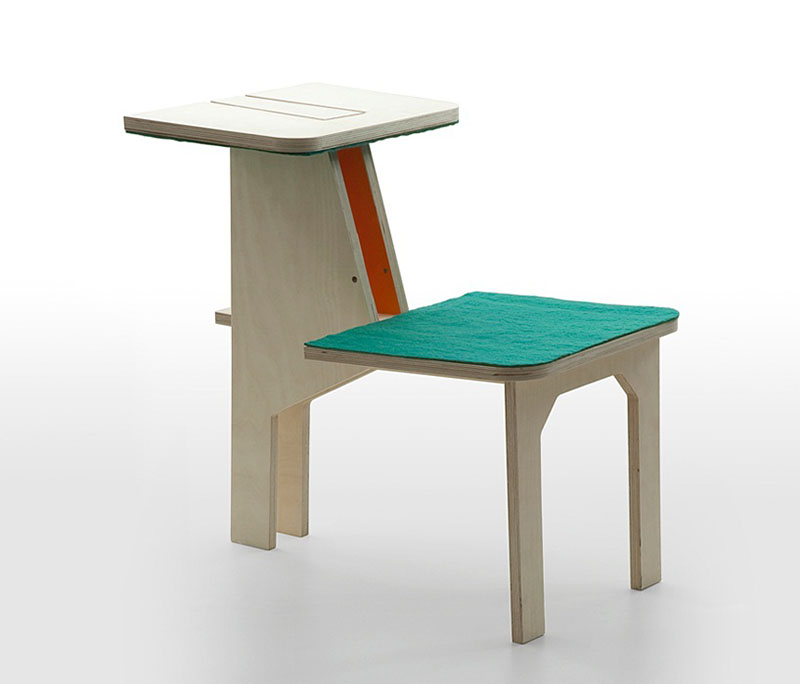 Double Side furniture actually represent a more rich and open solution, ideal for public spaces as well, in which overlap more activities and behaviors places such as waiting rooms, relaxations centers or informal meeting places at the interior of offices and halls.” 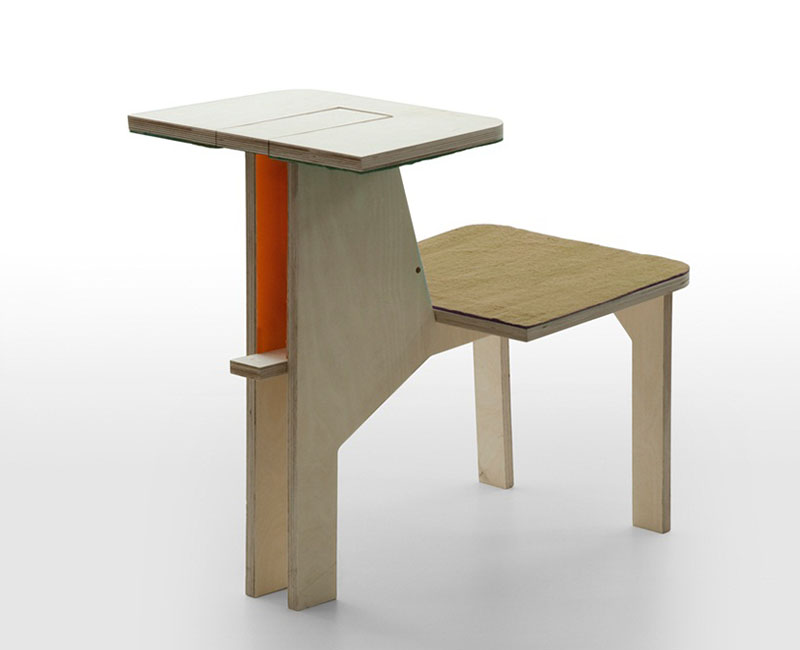