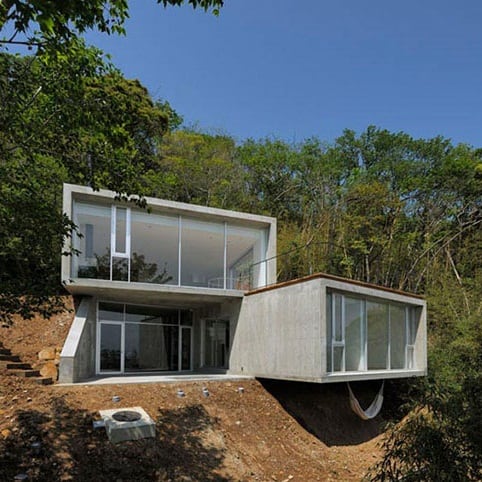 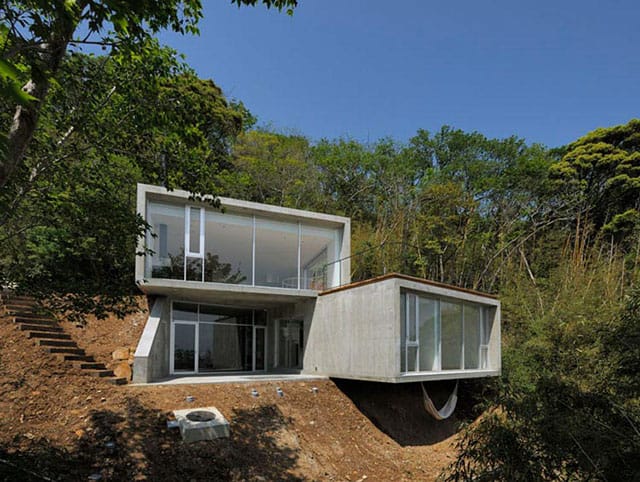 Tokyo-based practice Florian Busch Architects have designed a private retreat for a young couple. The simple outdoor retreat is located at the end of a tiny mountain road leading up a coastal hill. Overlooking the ocean at the southernmost tip of the Izu Peninsula, about 180km south of Tokyo, the site is on a steep slope with stunning views and sounds of the sea. 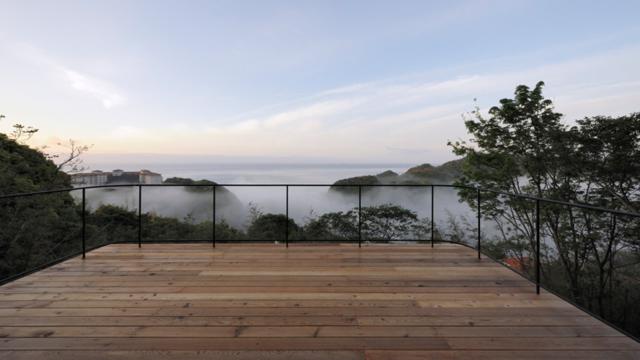 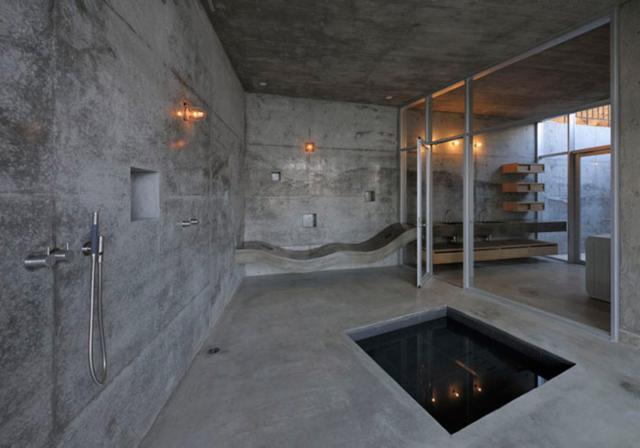 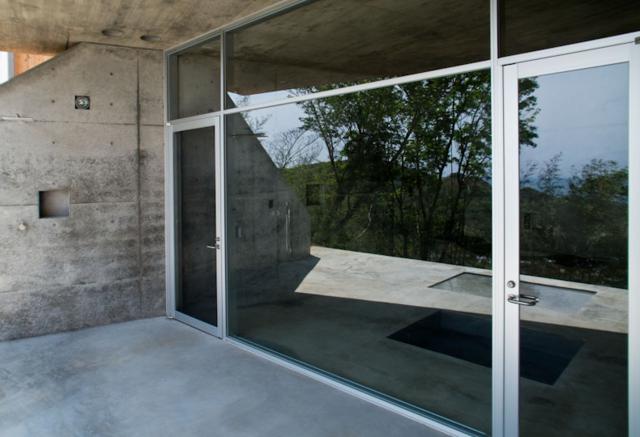 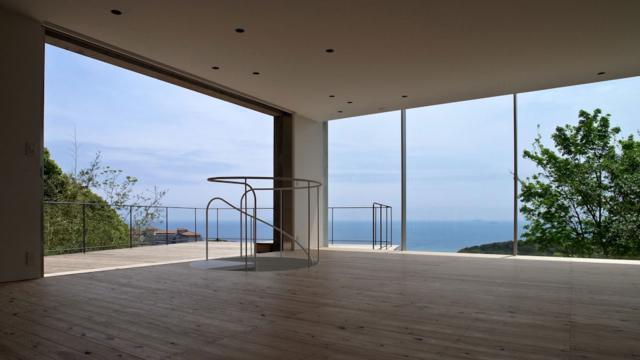 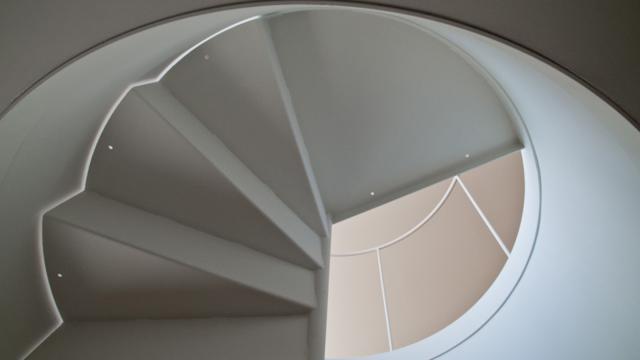 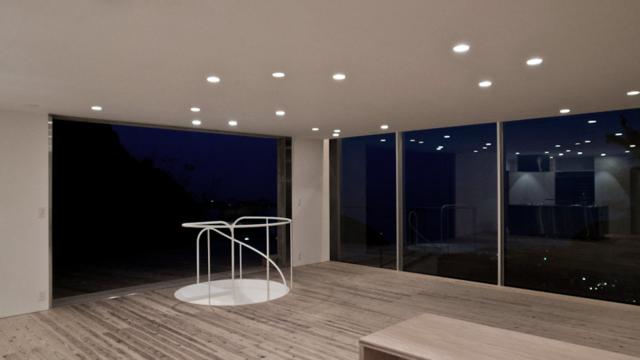 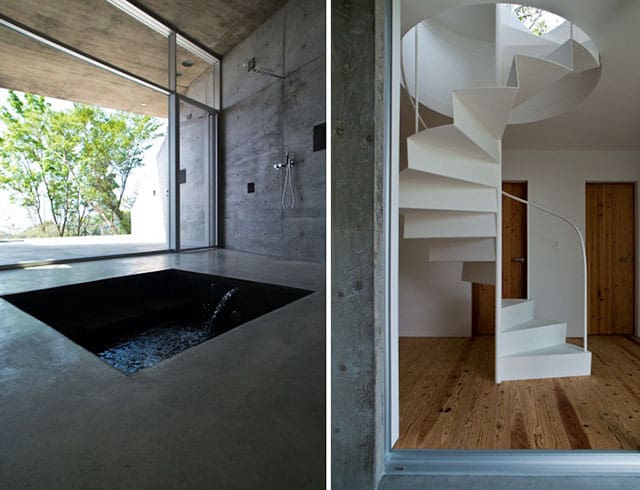 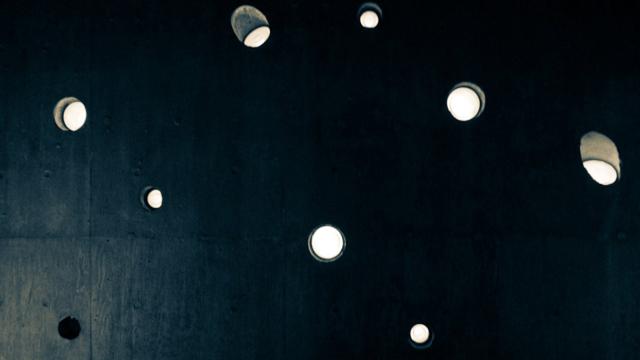 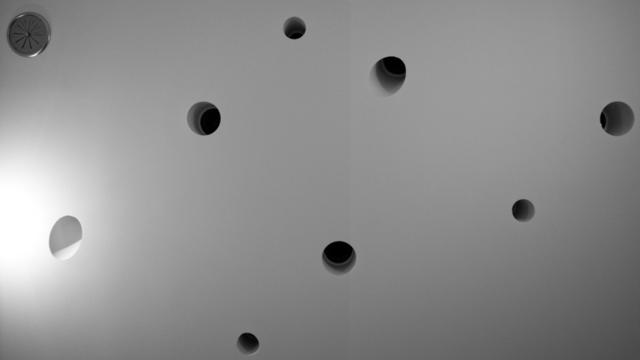 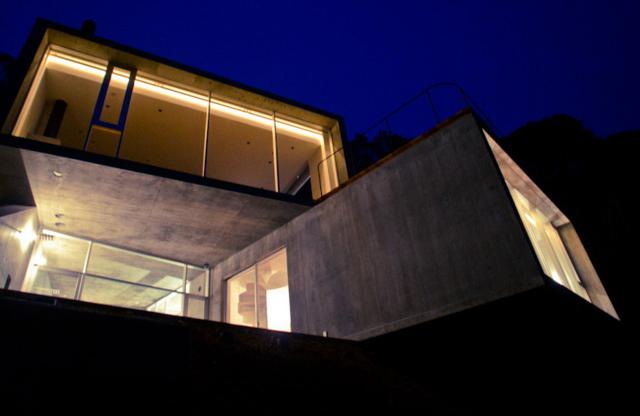 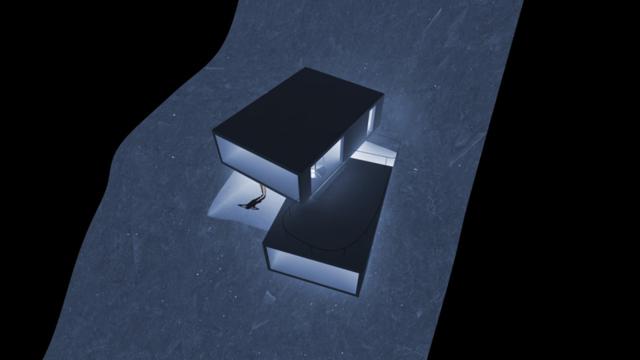 From the architects, “A young couple, both outdoor enthusiasts, asked for a simple retreat set in the outside that would give them and their children a stark contrast to their daily lives in downtown Tokyo.

With most of the site sloped at 30 degrees and less than a tenth flat, the project started with carving out the mountain. Placing a small volume into the resultant trapezoidal carved-out void, and a larger one on top turns the mountain void into the centre of the house: a spa zone in the mountain between the platonic volumes housing bedrooms on the lower and living on the upper level. The volumes themselves defy their mass as they rotate around an inconspicuous pivot, the void of the spiral staircase that connects the cave with the sky.

When the spaces in-between become the building’s essence, it is hard not to realise that architecture is not about objects.

The built only frames this essence: the exterior space that flows through the building, down the mountain and connects the A House with the sea.”