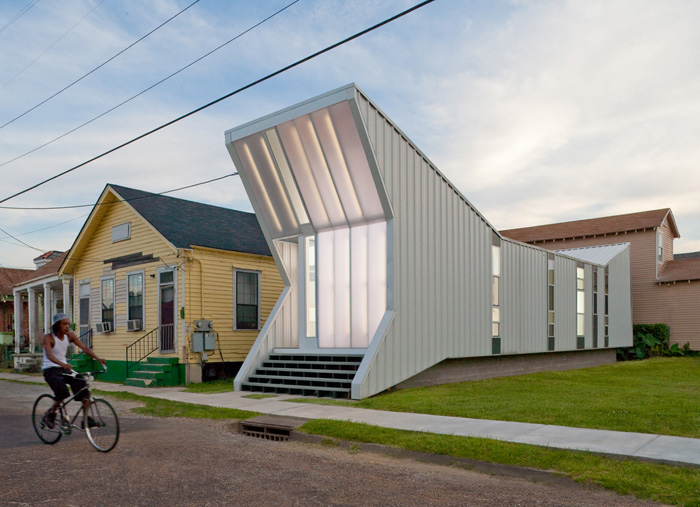 American architectural firm buildingstudio has designed and built Alligator House in New Orleans, LA. Following is some information by the architects, “This affordable home is being built as part of the Post-Katrina re-housing effort in New Orleans. buildingstudio approached  one of its clients in Boulder, CO to see if they’d be willing to contribute toward an affordable home for a Katrina refugee. Not only did the clients generously give their own money, they went into their community and raised additional funds towards the cost of construction. When finished, Neighborhood Housing Services who promotes and markets low-cost properties will offer the house at a vastly reduced rate. 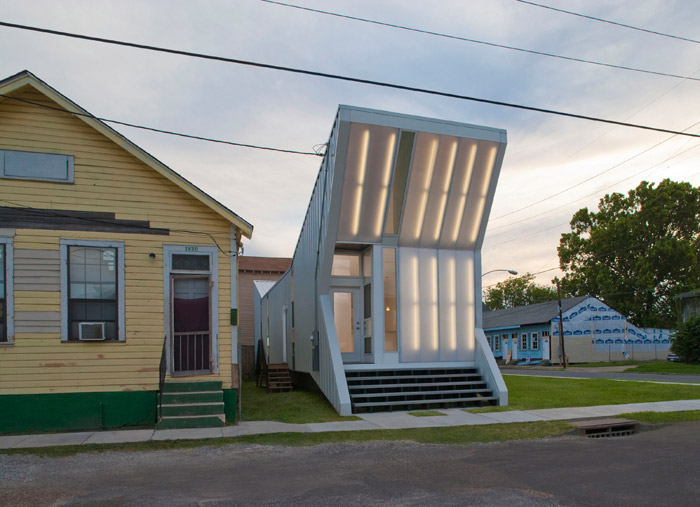 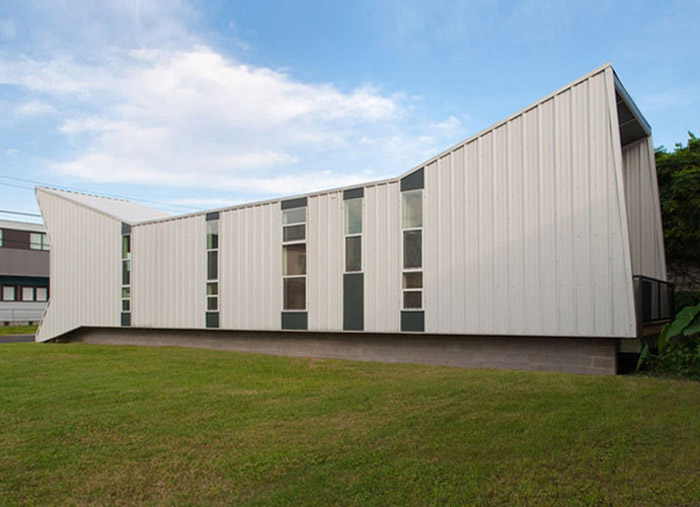 The design is an 872 SF, two-bedroom, bath-and-a-half scheme for Central City, an impoverished inner-city neighborhood situated between the CBD and the Uptown Garden District. Though Central City’s infrastructure was severely deteriorating before the storm and it’s had more than its share of drug-related crimes tough community fortitude abounds. Infill housing is actively taking place on several fronts. Non-profits and faith-based groups have built several dozen homes for new residents hoping to move back. Most structures are either panelized or modular with little concern for design. And while the best intentions went into these, they are disappointingly constructed which limits their lifespan and undermines the long-term viability of the area. Tulane University School of Architecture has also completed three design/build projects in the area as tools to research affordable construction strategies. 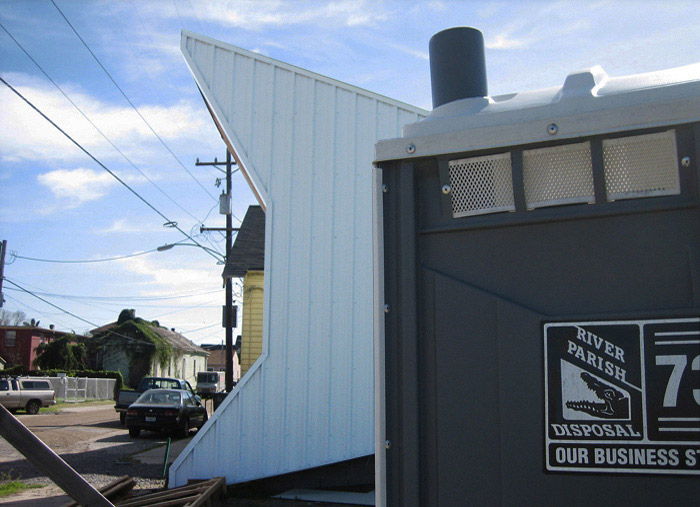 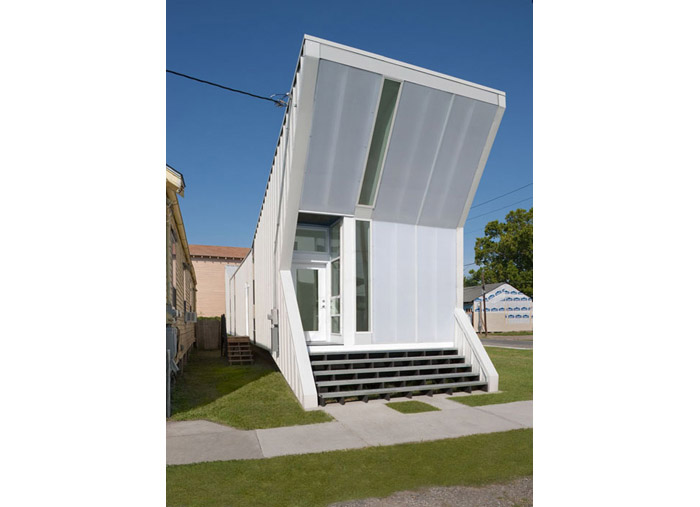 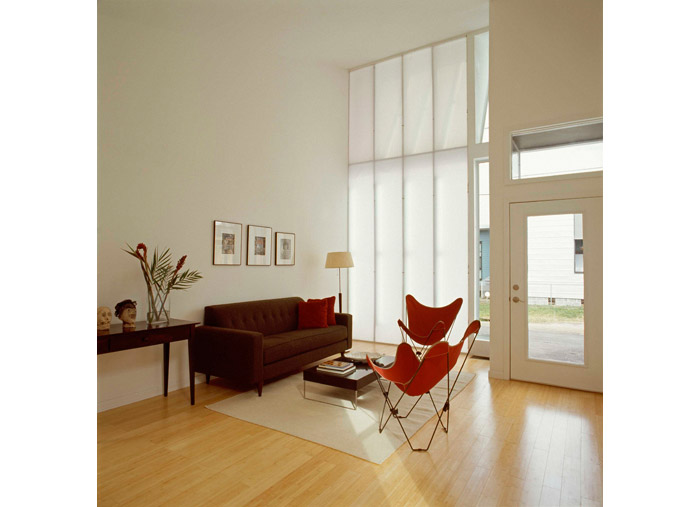 This 13-ft. wide home is based on a common typology in the New Orleans area the “Single”, meaning a one-family shotgun residence designed to fit the long narrow lots typical in the City. The front stoop is the key in neighborhoods like Central City since so much community involvement takes place on the street. Metal grate steps stretch across the front of the house for casual sitting while visiting with neighbors. The street-facade is clad in translucent white insulated plastic panels which are backlit to provide indirect lighting both for the exterior and interior living area. The second bedroom has a rolling wall along the hallway to open it up when privacy is not a concern. While considered low-cost, the budget still allows for engineered hardwood flooring and ceramic tile in the bathrooms. Exterior walls and roof are clad in factory-painted, preformed metal siding for ease of maintenance.” 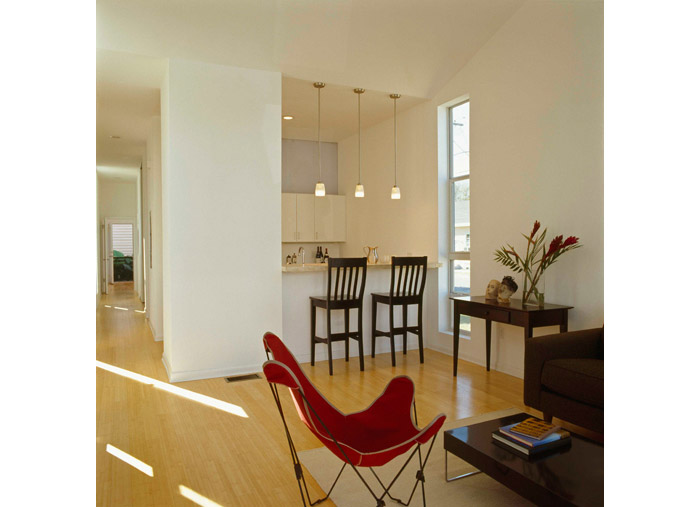 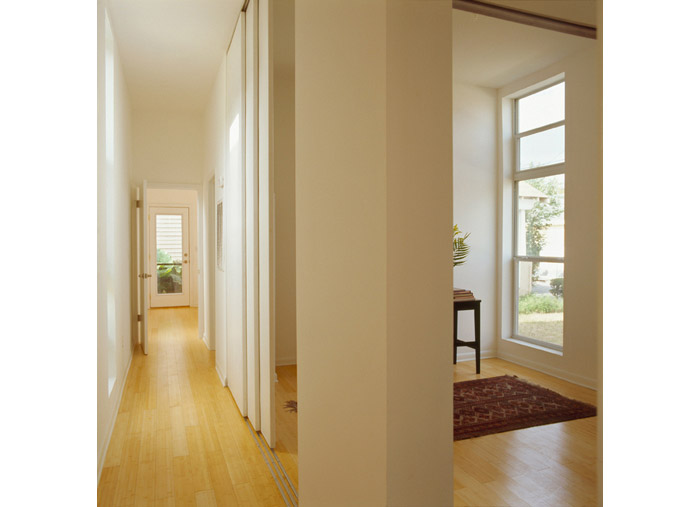 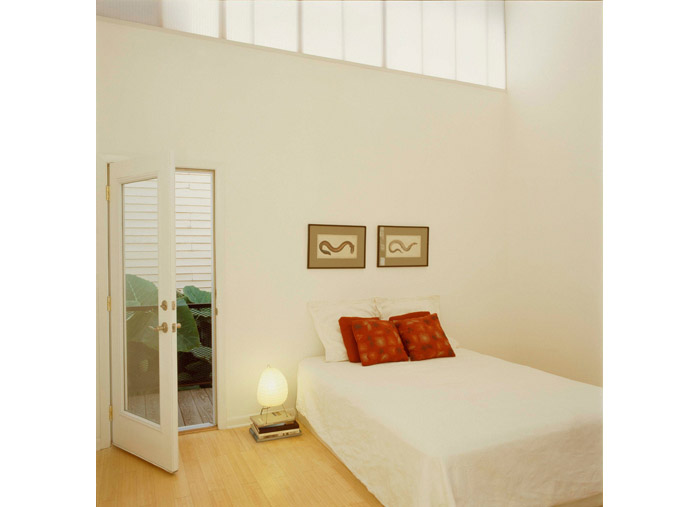