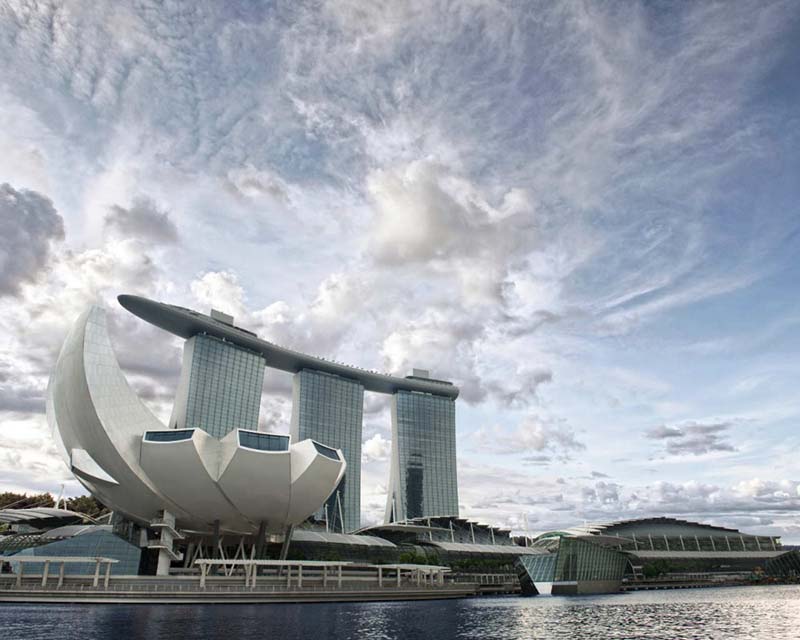 The ArtScience Museum at Marina Bay Sands, conceptualized and designed by architect Moshe Safdie as the first museum dedicated to the dynamic interplay between art and science, has opened to public on February 19, 2011. Here is some information by the architects, “Designed as part of the Government of Singapore’s vision that Marina Bay Sands feature an iconic cultural building on the promontory, the ArtScience Museum is grounded around a circular base with 10 extending finger-like structures that house 21 naturally lit galleries. Surrounded by a lily pond reflecting pool and boasting commanding views of downtown Singapore, the Museum is already becoming a symbol for Singapore. 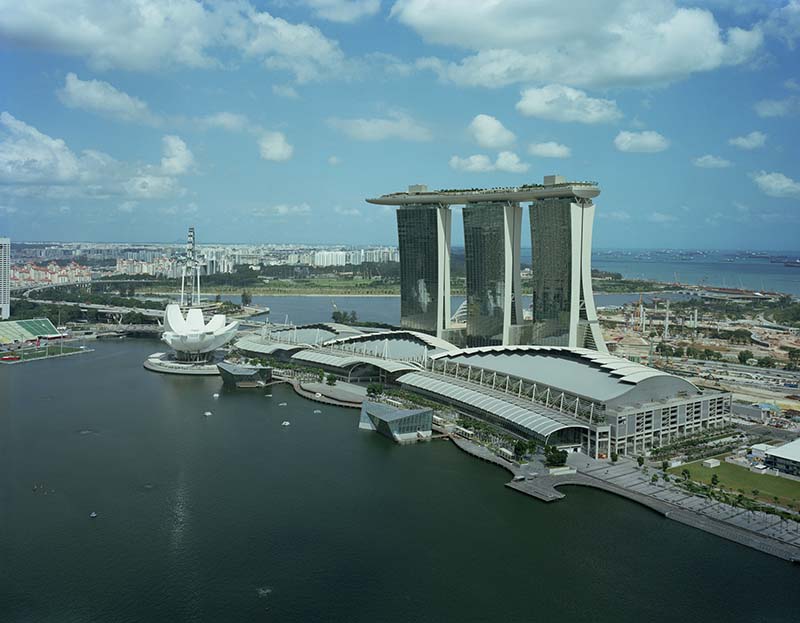 Based upon Moshe Safdie’s philosophy that art and science together can excite and inform visitors in a new way, the ArtScience Museum’s exhibition programming will focus on investigations into how the individual disciplines of fine art, scientific experimentation, media, technology, design and architecture relate to and enrich each other. Tom Zaller, Director of the ArtScience Museum, developed a program that immerses the viewer in a journey of creativity and discovery. The museum’s permanent exhibition, ArtScience: A Journey Through Creativity features a series of galleries titled “Curiosity,” “Inspiration,” and “Expression,” each of which use representative artifacts and multimedia presentations to explore innovation and the manifestations of the creative process – from an ancient Chinese scroll and Leonardo Da Vinci’s Flying Machines to a molecular model of a “Buckyball” and high-tech robotic fish. 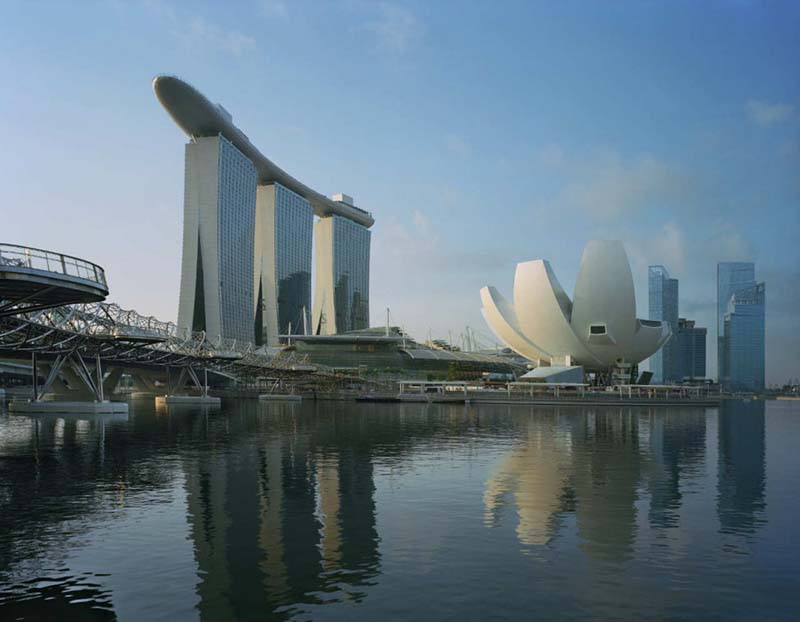 In addition to the permanent exhibition, the ArtScience Museum will host major touring exhibitions. Genghis Khan: The Exhibition will make its Asian debut at the ArtScience Museum from February 17 to April 10 and explore the technological and creative mastery of the Mongolian conqueror through recreations of Mongolia’s grasslands and battlefields as well as 200 archeological artifacts–the largest collection of Genghis Khan artifacts ever assembled “From the inside out, every element in the design of the ArtScience Museum reinforces the institution’s philosophy of creating a bridge between the arts and sciences,” said Safdie. “The building combines the aesthetic and functional, the visual and the technological, and for me, really represents the forward looking spirit of Singapore.” 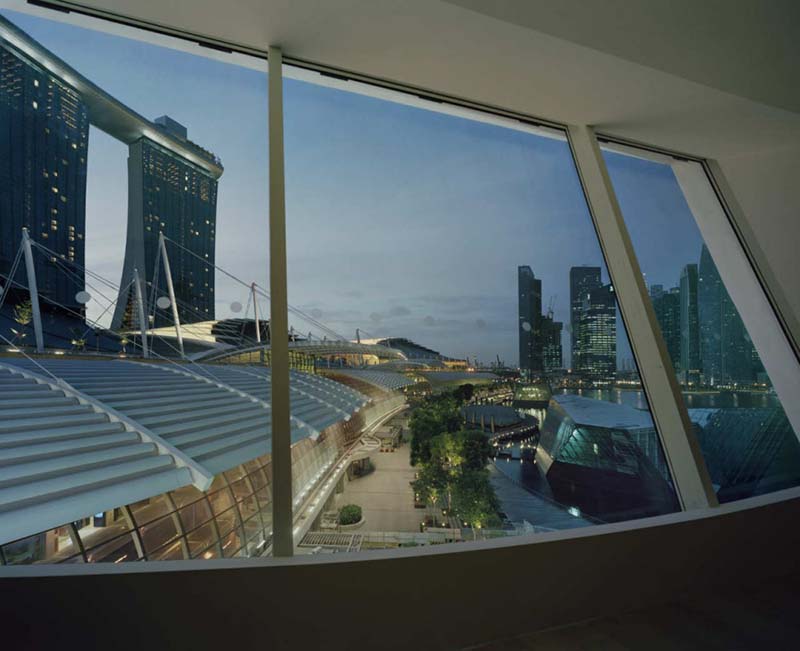 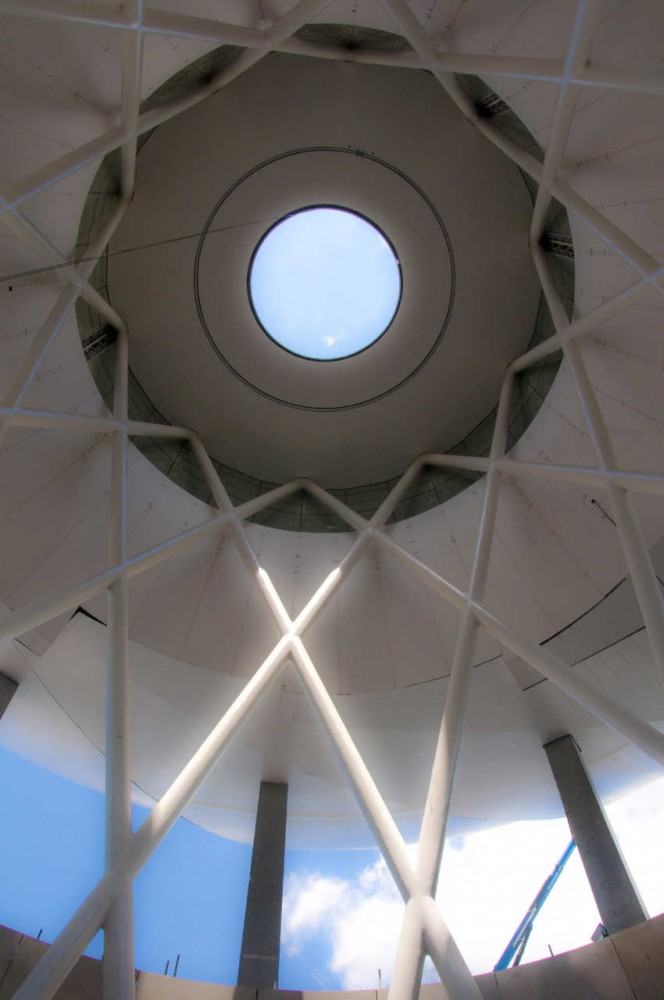 The design of the Museum is composed of two principle parts. The base, which is embedded in the earth and surrounded by the Bay’s water and a giant lily pond, and a flower-like structure made of 10 petals, generated by the geometry of spheroids of varying radii that seemingly floats above the landscaped pond base. The petals, or fingers as some refer to them, rise towards the sky with varying heights, each crowned by a skylight which draws in daylight penetrating the base and illuminating the galleries within. The overall form has been compared to a lotus flower and been dubbed, “The welcoming hand of Singapore,” by Sheldon Adelson, chairman of Las Vegas Sands Corporation which developed Marina Bay Sands. The museum is entered through a free-standing glass pavilion. Large elevators and escalators convey the public to the lower and upper galleries. In total, there are three levels of galleries with a total area of 6,000 square meters. 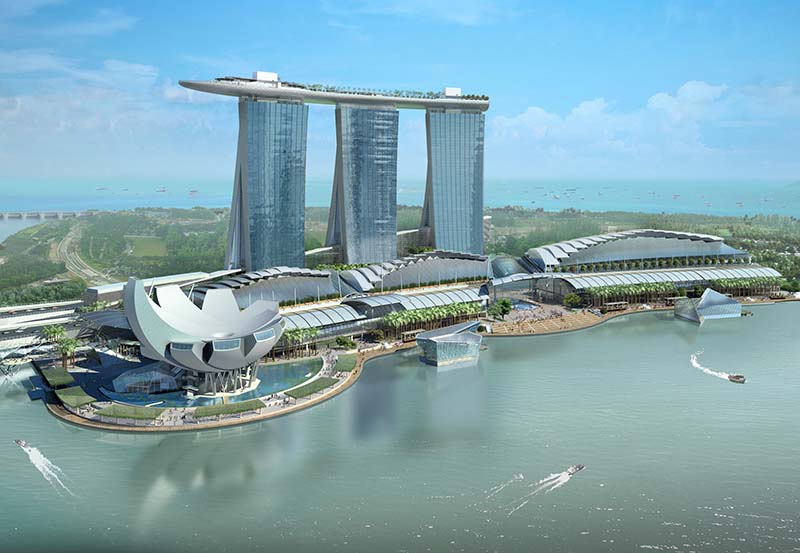 The dish-like roof form collects rainwater and drains it through an oculus, creating a waterfall through the center of the museum that feeds an interior pond. The asymmetrical museum structure, conceived by Arup, reaches upward into the skyline as high as 60 meters and is supported by an elaborate steel lattice structure. This assembly is supported by ten columns and tied down at its center by a basket-like diagrid–a sculptural centerpiece that accommodates the asymmetrical forces that the building’s form generates. The result in an efficient resolution of the structural forces for the building, giving it a seemingly weightless quality as it hovers above the ground. The museum’s envelope is composed of double-curved Fiber Reinforced Polymer [FRP] skin typically used at such a scale in the construction of boats and yachts. The vertical sides of each petal are sheathed in bead-blasted stainless steel panels. The unprecedented use of FRP has made possible the joint-less, continuous skin for each of the sail-like surfaces achieving a sense of lightness with their gleaming petals. As elsewhere in Marina Bay Sands, the building aims and achieves the highest levels of sustainability.” 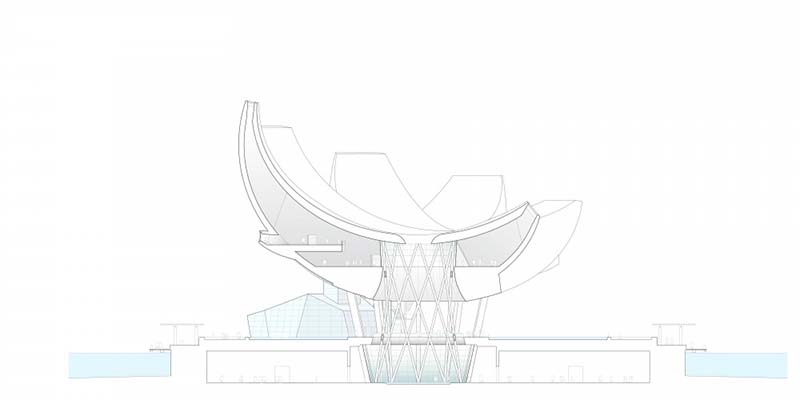 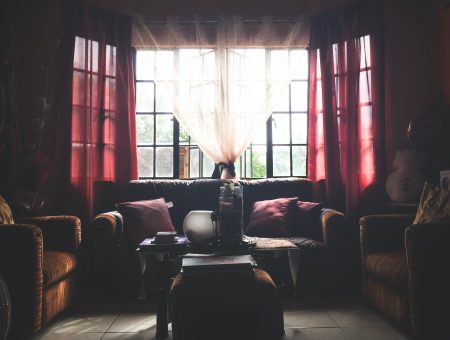 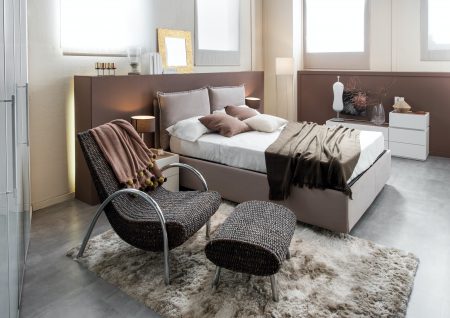 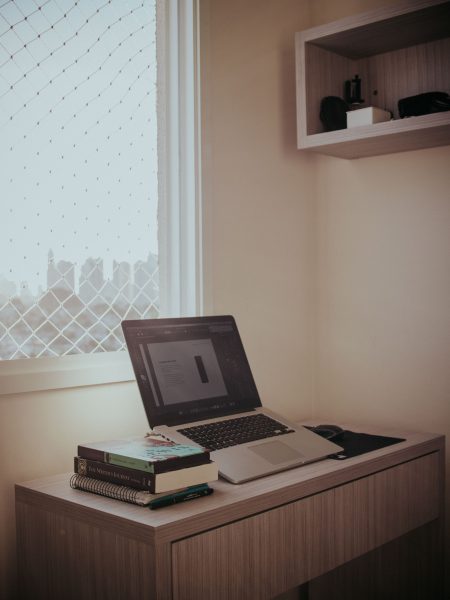