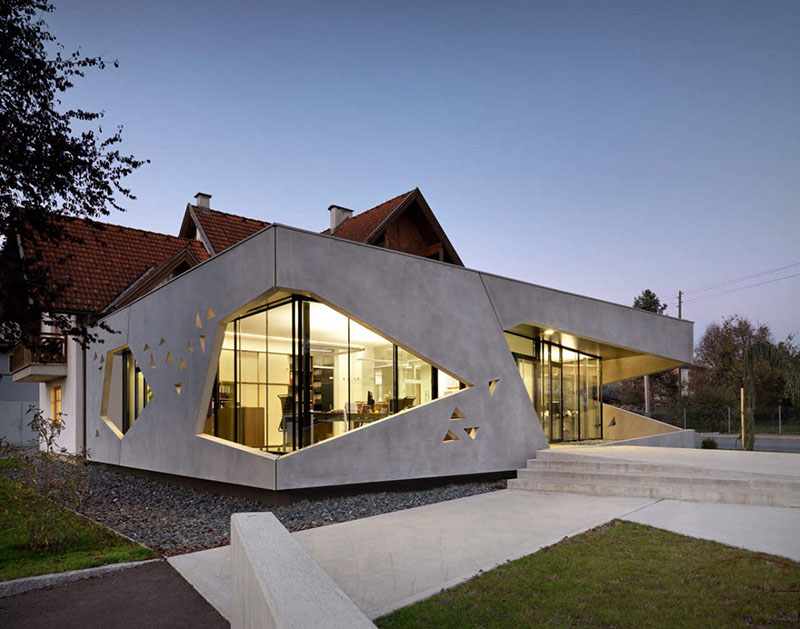 Spado Architects have designed an office add-on for Austrian construction company Bau Sallinger. The new office facility is closely connected to the existing office building and former residential house of a master builder. Following is a description from the architects, “The annex should be clearly recognizable as a new step forward in the company’s historical development.

It’s a connection between old and new, while at the same time the existing building gets altered to form a unity with the new office. The office itself is a one storey building that bonds on the south side to the former residential house of the company owner’s family which is also used as additional office space. It has a very clear and simple form, the ceiling height of the new office equals the one of the ground floor of the house and therefore it is floating above the surrounding ground level. A few walls function as static elements as well as guidelines for the organization of the office space, keeping it open for future development possibilities. The facade is totally made out of glass with a second layer of exposed concrete in front of it. The concrete shell gets ripped open by different polygonal openings, functioning as camouflage as well as sun shading. The combination of glass and concrete stages on one hand the very basic material concrete and on the other hand the layer of glass distributes a certain depth and creates interesting and various light effects on the inside. 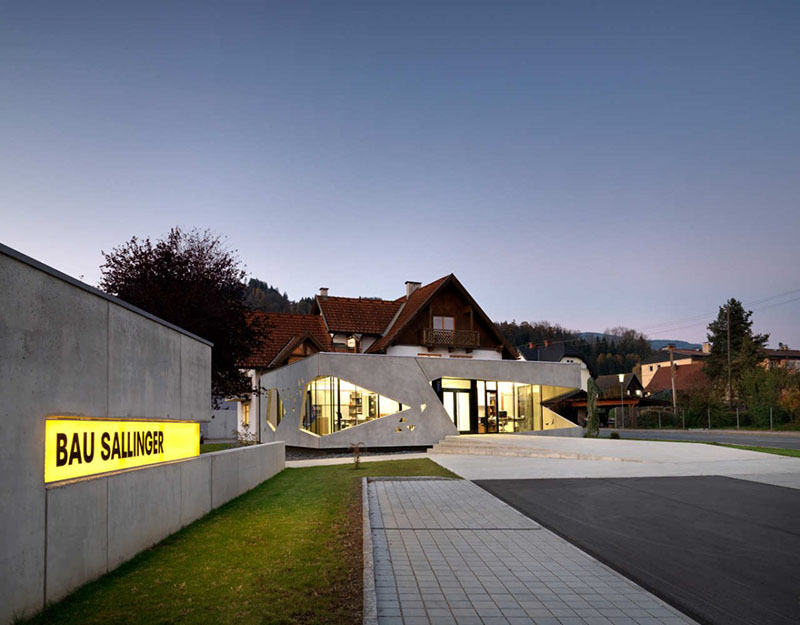 Starting from a simple geometrical shape, the triangle, the openings develop into multilateral polygons of different sizes and orientations. The polygons help to add a structure to the office and they additionally give a certain dynamic to it. They are communicating inside to outside, making it possible to identify the functions from the distance. The entrance-polygon for example is elongated with its open side facing the street, trying to guide passing spectators directly into the building, helping by giving orientation.” 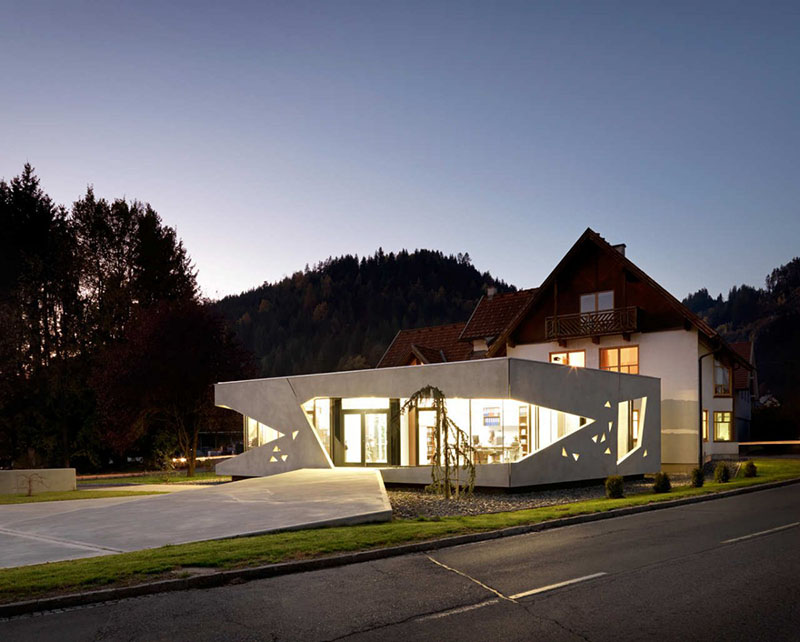 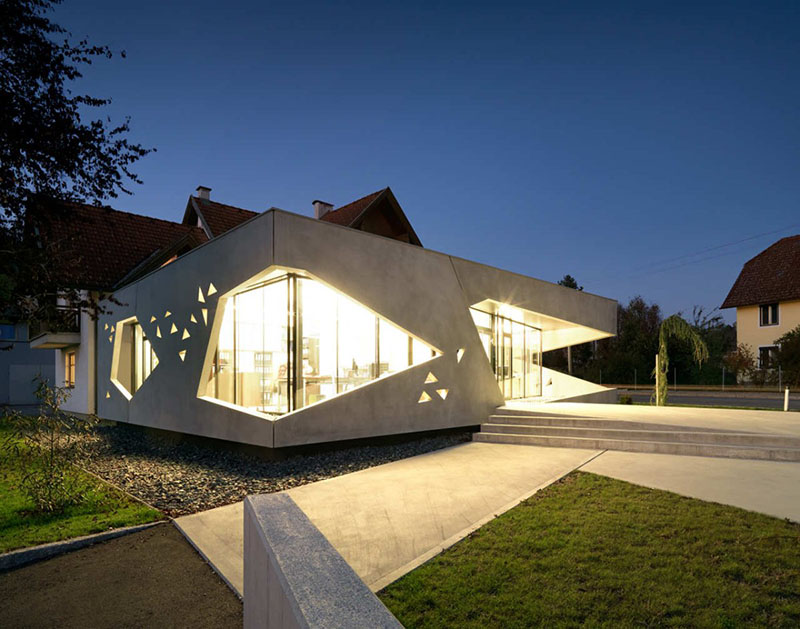 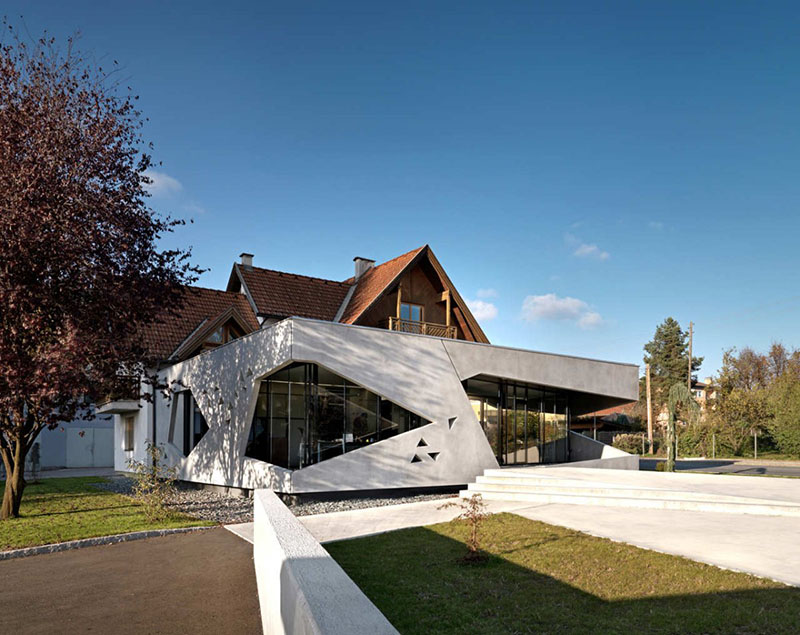 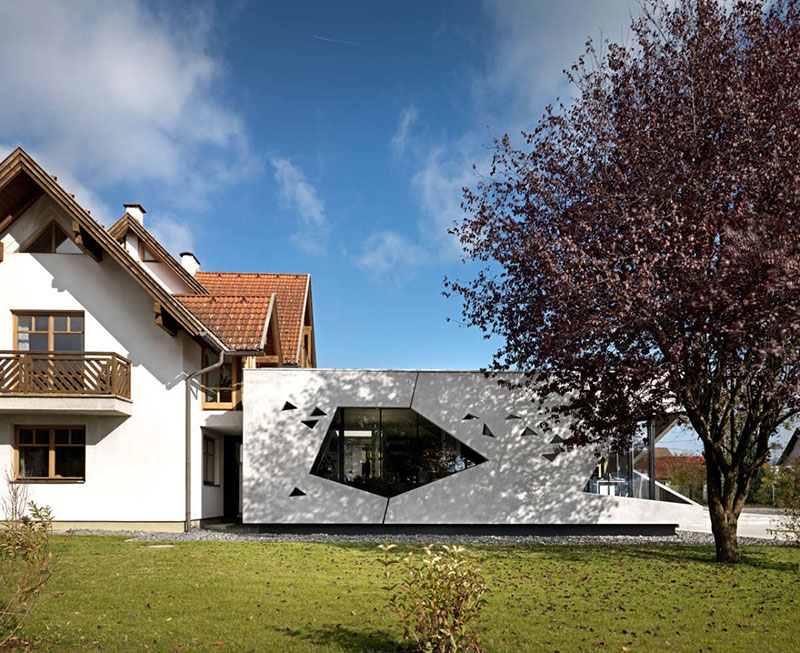 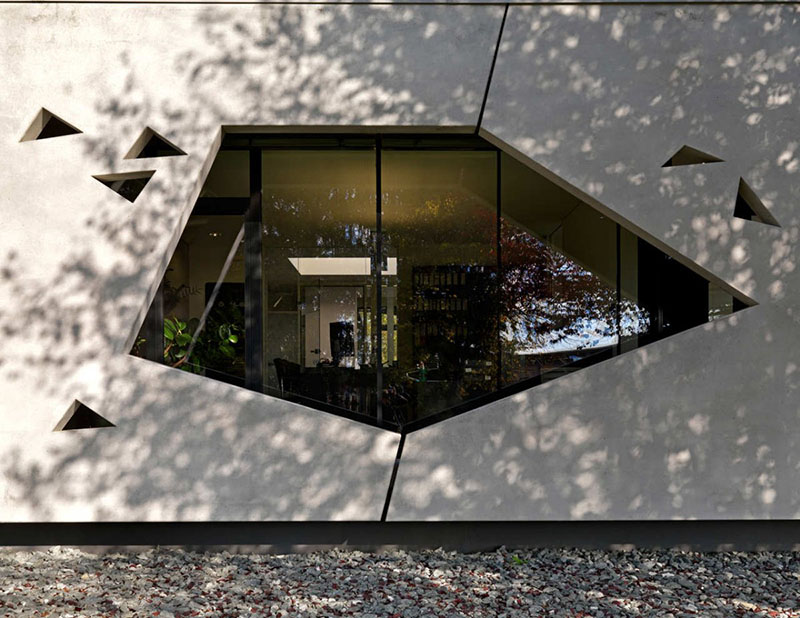 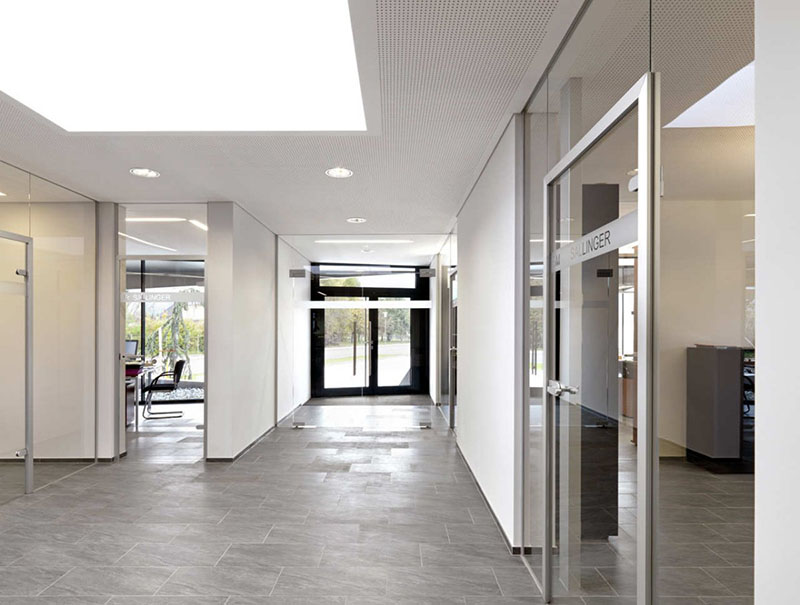 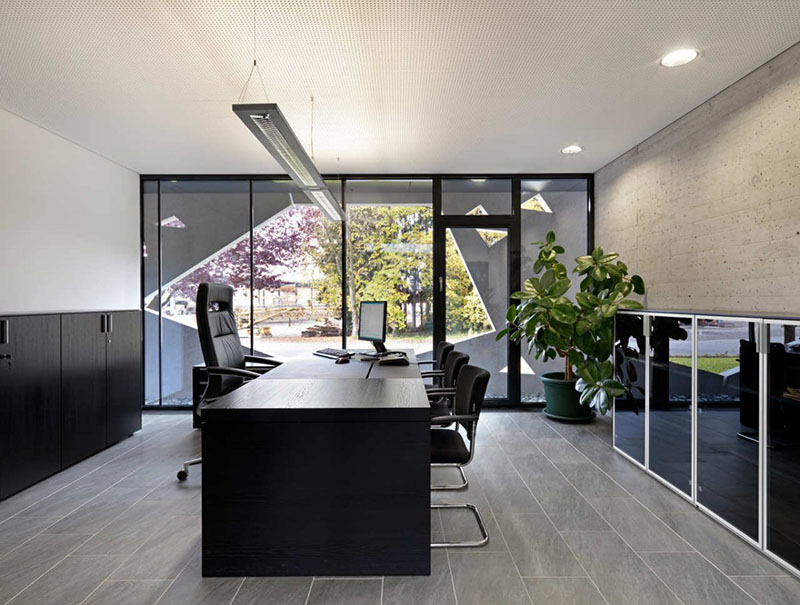 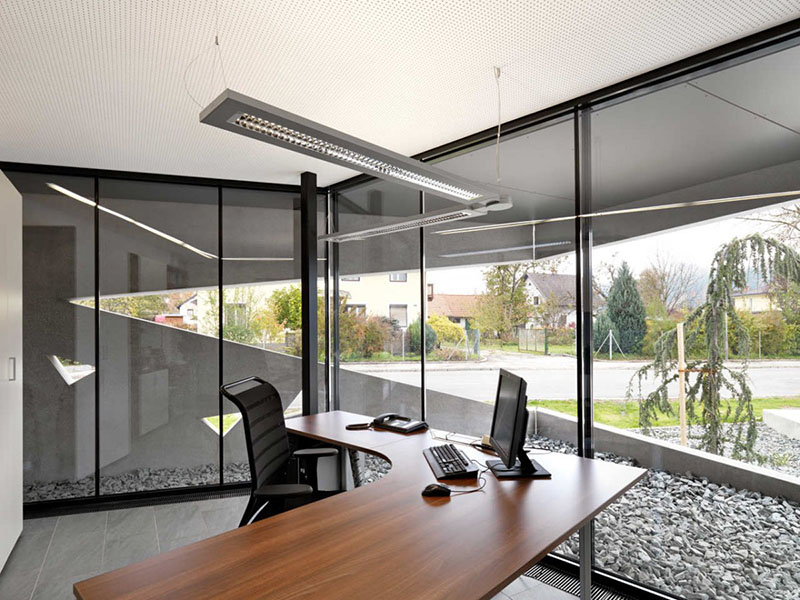 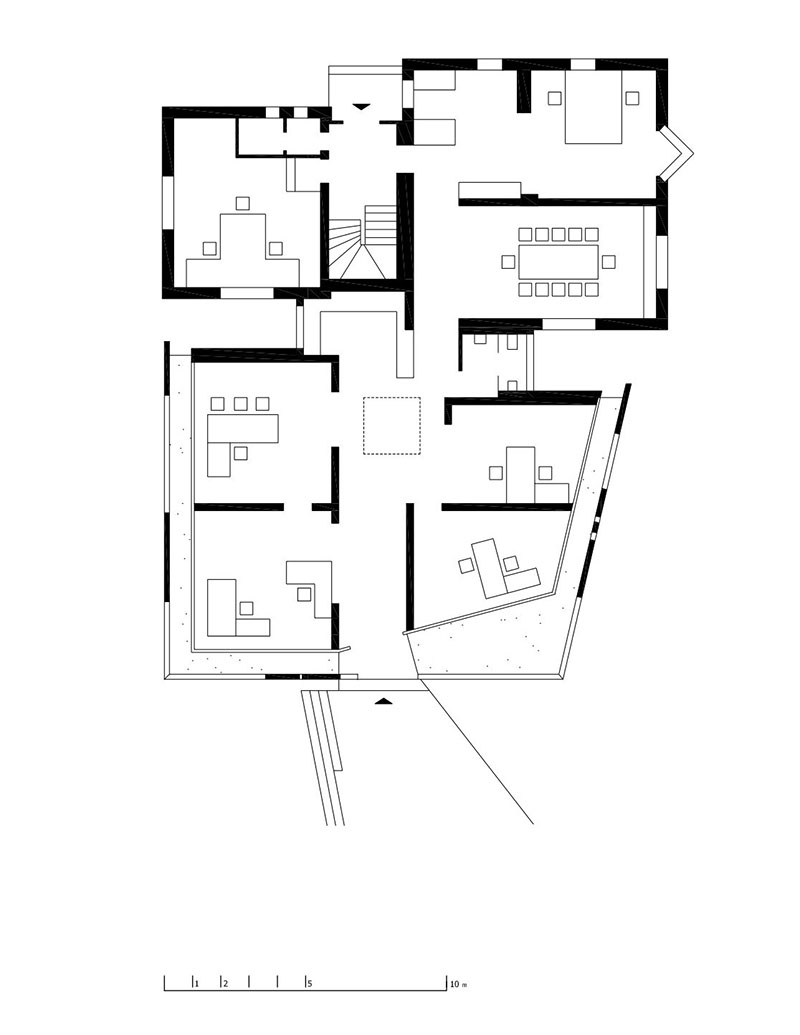