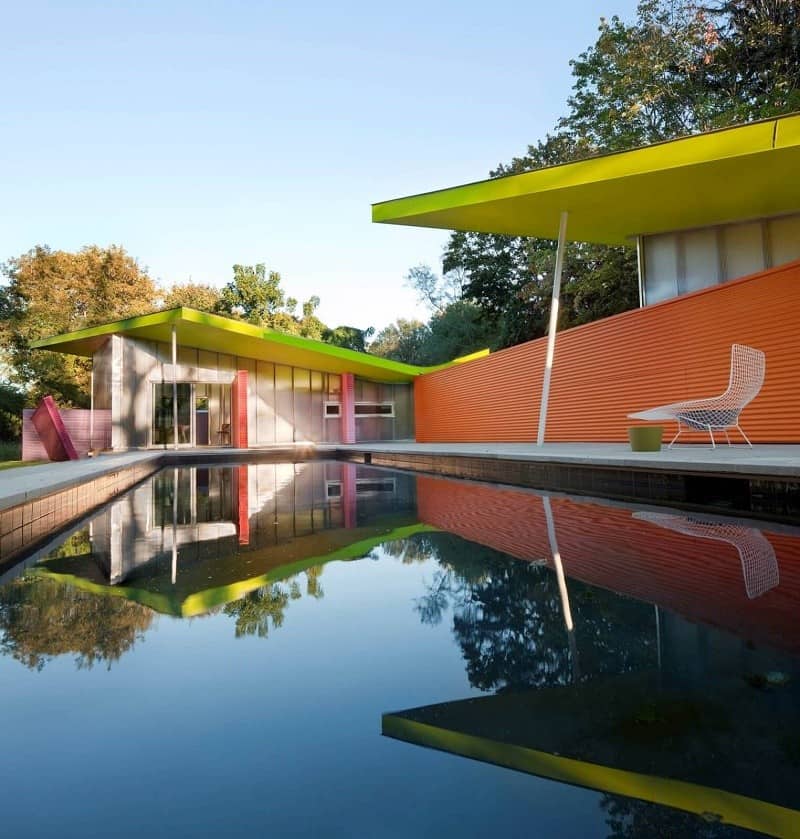 The architects from “Stamberg Aferiat Architecture” are not afraid of color. Their cheerful, colorful house called “Shelter Island Pavilion” is reminiscent of the first sunny spring day after a long, dark winter. The house is a blend of art, architecture, carefree creativity and inspiration from important architectural works such as Pavilon Ludwig Mies van der Rohe in Barcelona, the works of Le Corbusier and many other great objects from the world of art and architecture.

It is a comfortable, creative nest near Long Island in New York. The architects wanted to create an architectural structure that gives a modern twist to the buildings of the 1920s. The floor plan took shape from Barcelona Pavilion (Mies van der Rohe’s 1929 masterpiece) but it is modified with modern materials and dynamic, vivid colors in contrast to the elegant and simple minimalist tones of Van der Rohe. It is composed of two independent pavilions around a pool, one containing a master suite, the other a kitchen and the living area.

The cheerful colors harmoniously blend with the green landscape around the house. 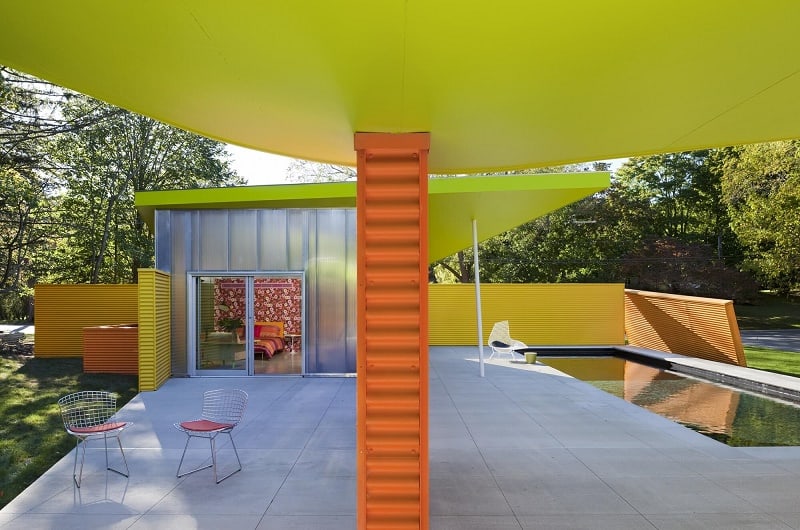 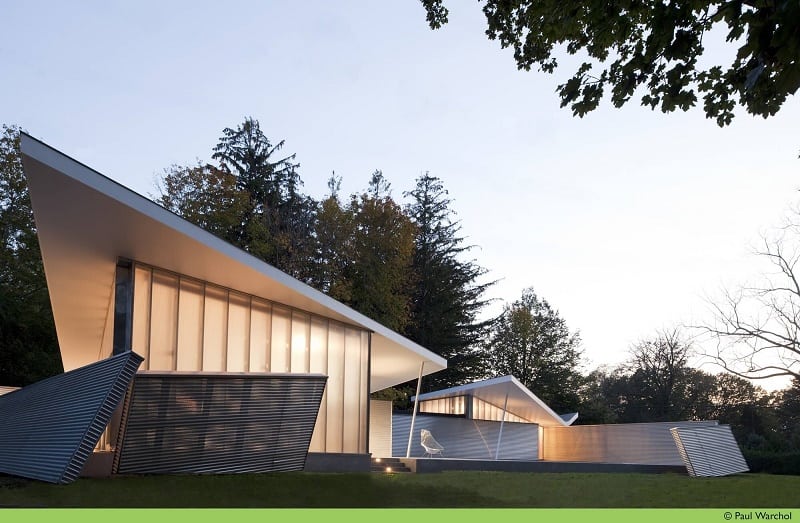 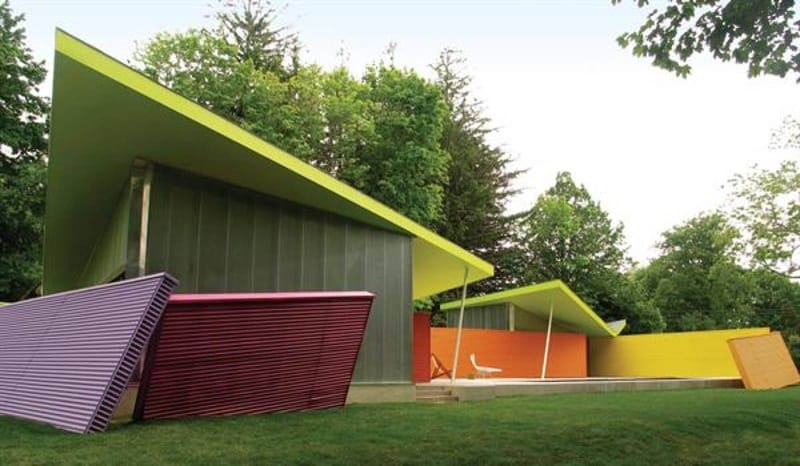 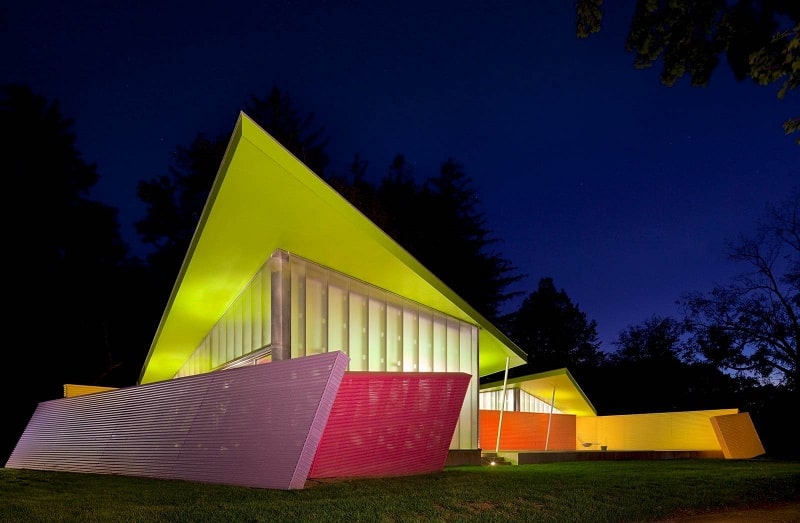 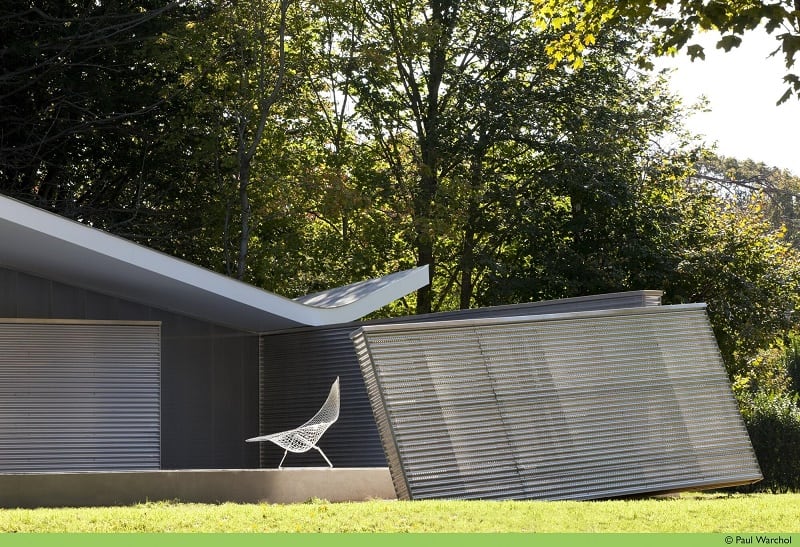