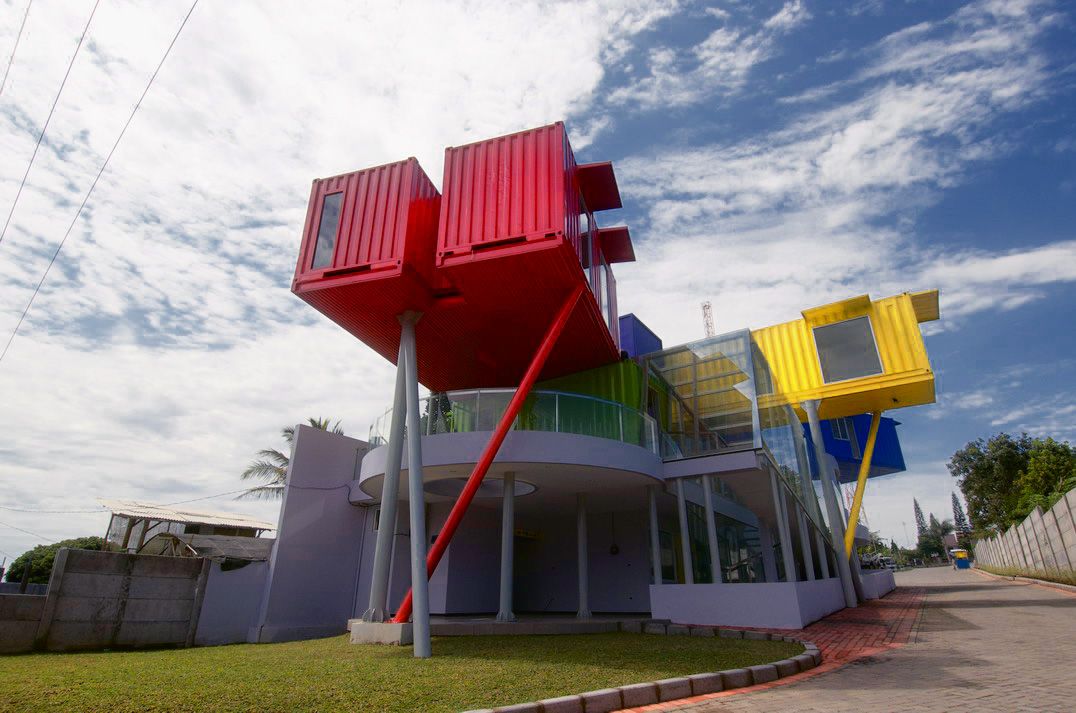 Contertainer, designed by dpavilion architects of Surabaya – Indonesia, is an amalgam of two words: container and entertainer. From its outer look, at a glance one can see an architectural form made of several brightly painted containers—red, yellow, blue and light green—in attractive position and composition, thus forming a contertainer. Principal architects of dpavilion, Edwin Nafarin, once muttered: “I want to create architecture that would please many”. Contertainer is one of his works that manifests his architectural creed. 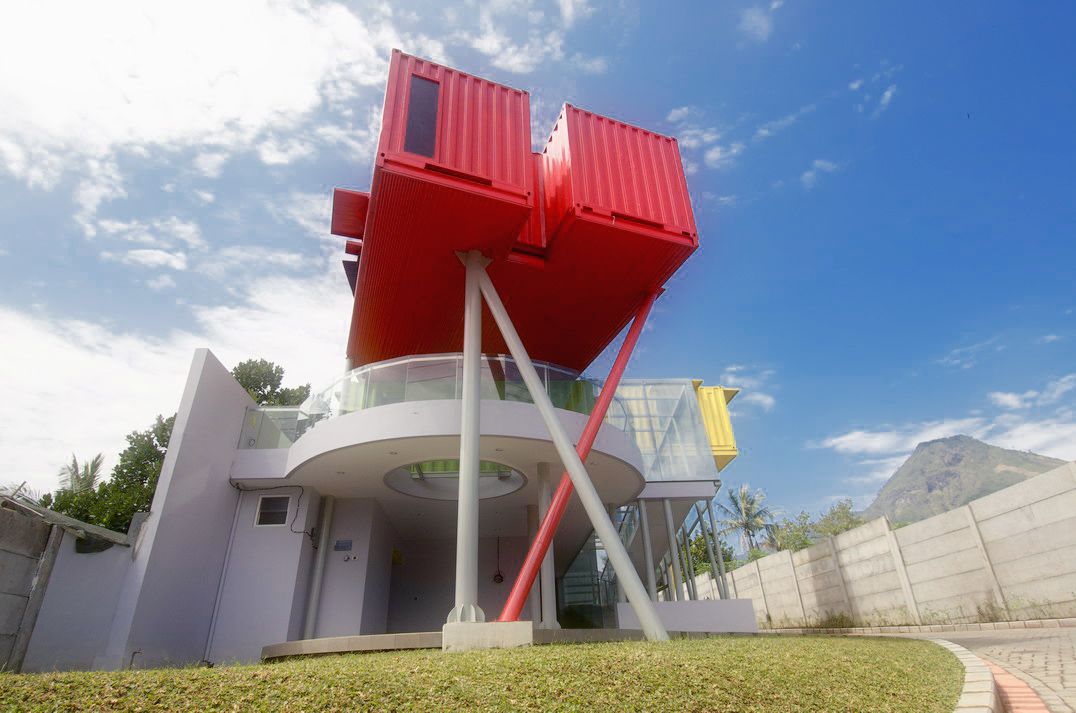 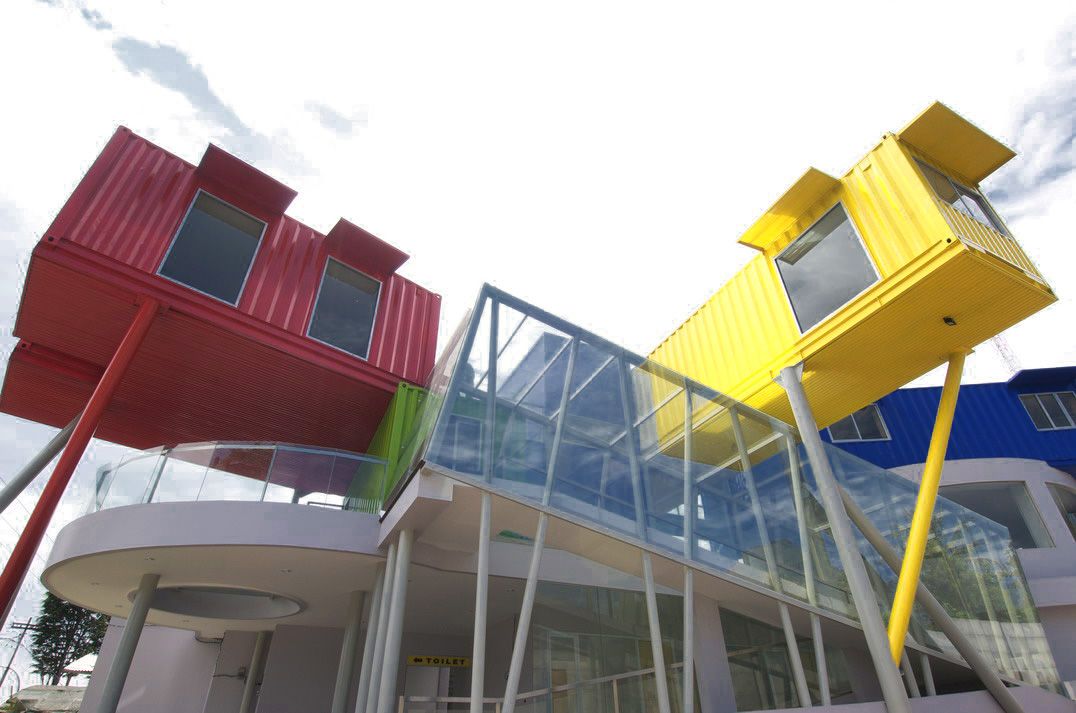 Contertainer Is situated in Batu, East Jawa, Indonesia. Batu is a relatively new town which still retains a strong agricultural nuance. Perhaps it is a town with a village-like atmosphere. Contertainer is a public facility, consisting of a polyclinic and a library, where ordinary people can come and use the facilities for free. The appearance of the contertainer in town can be perceived through various angles, for the appearance of an architectural work would be followed by many effects which it produces. 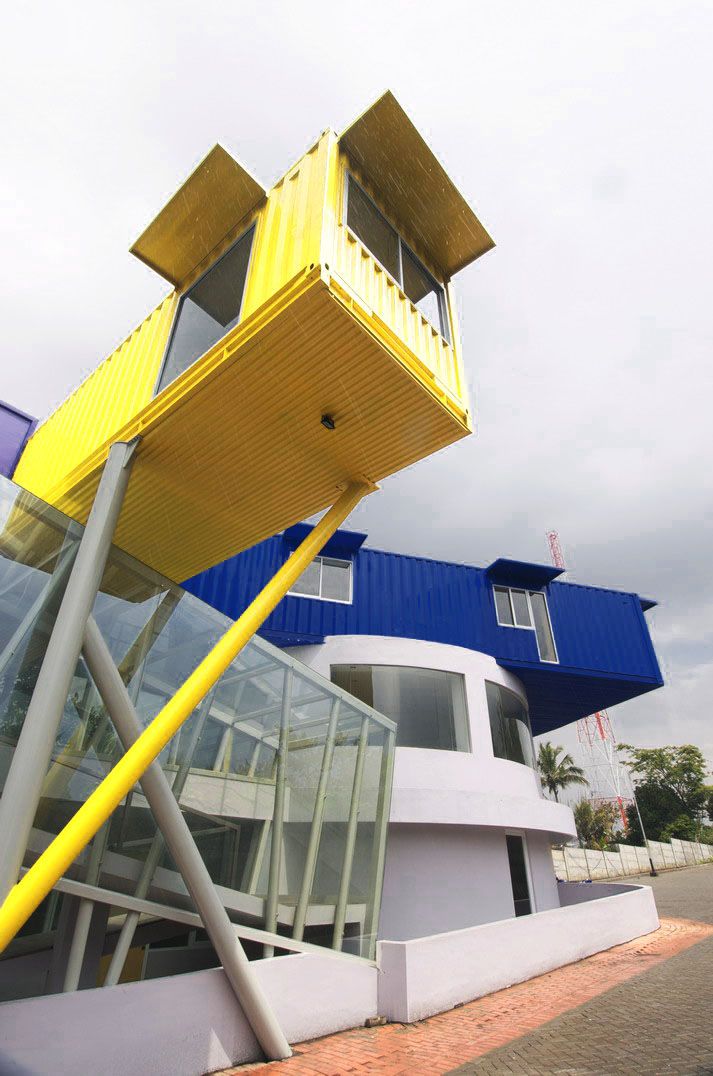 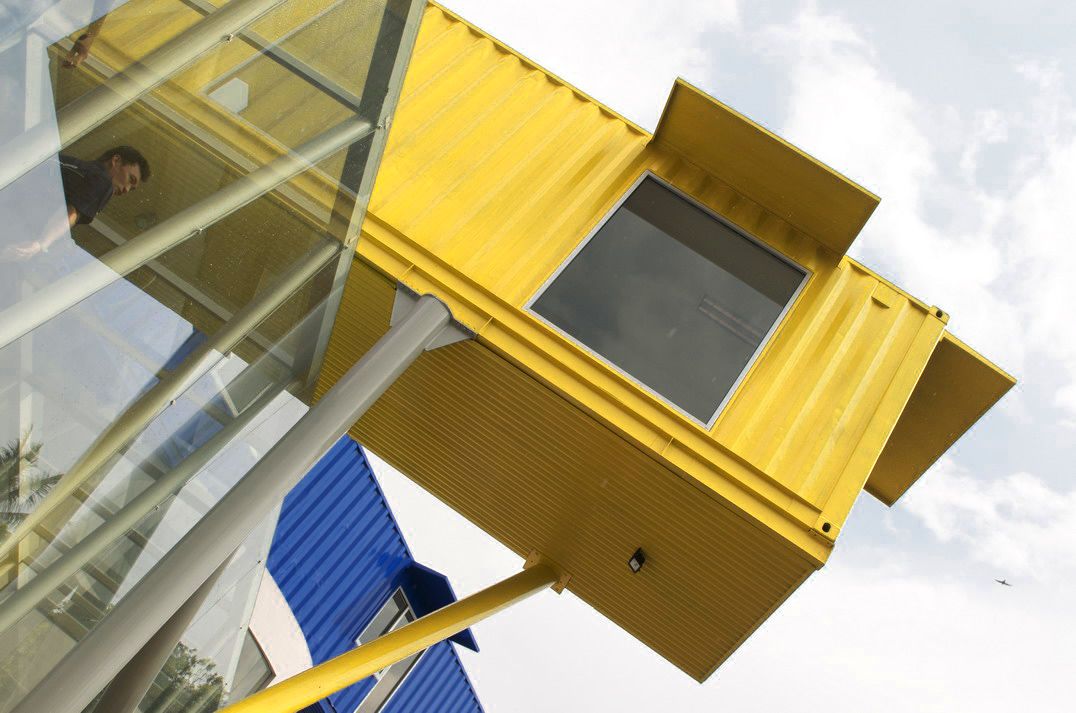 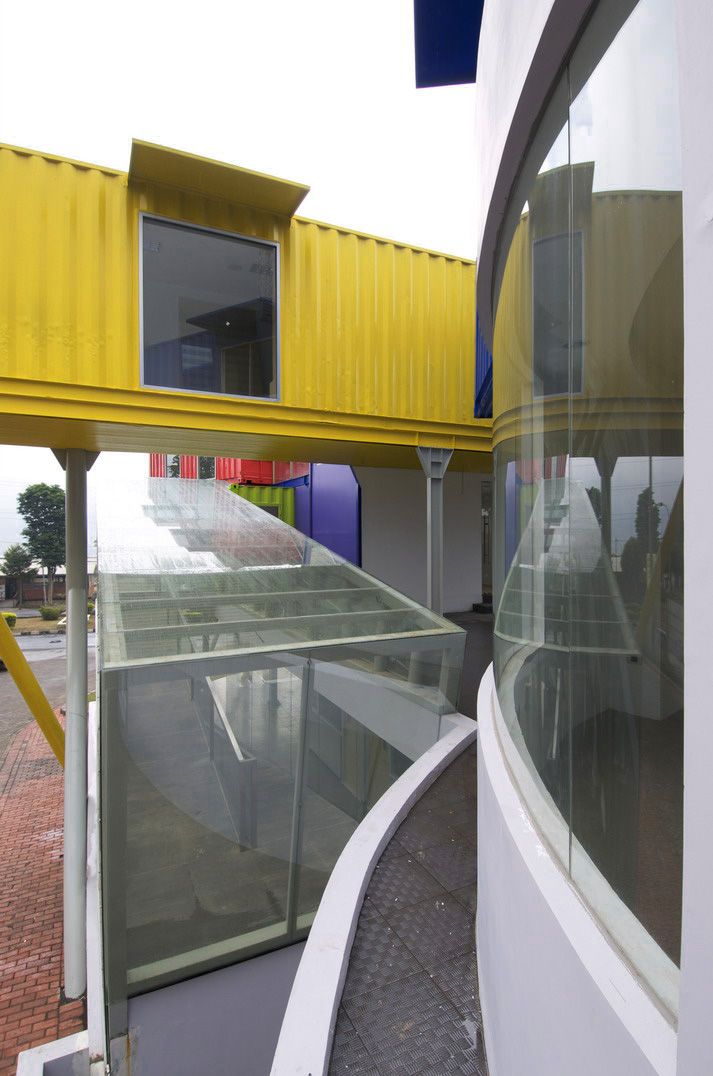 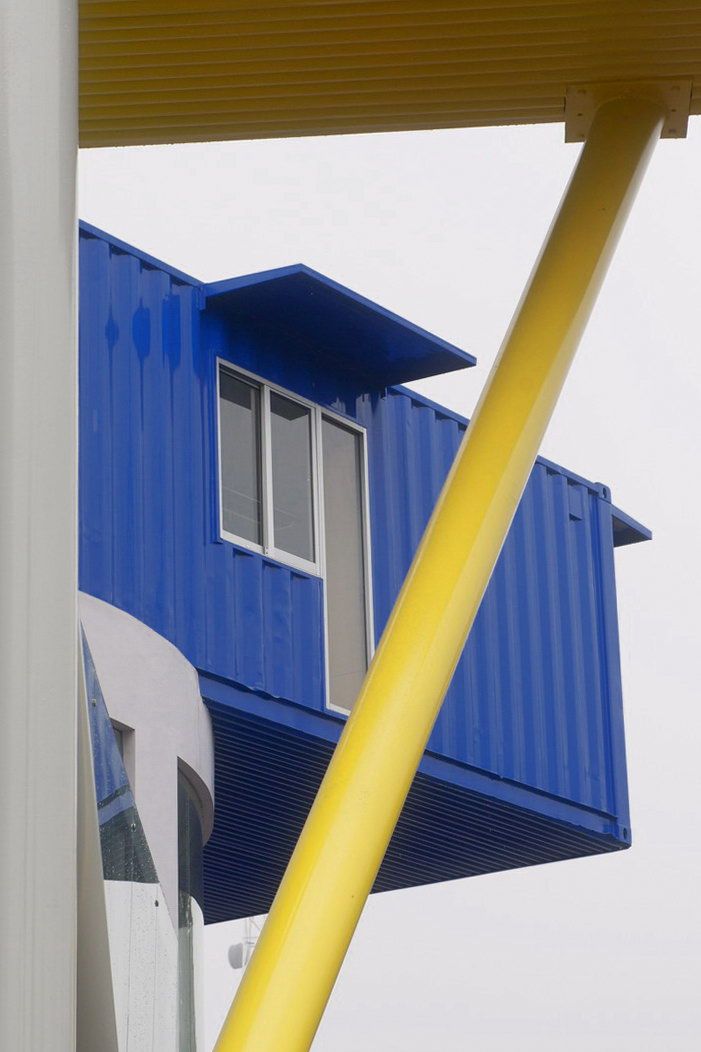 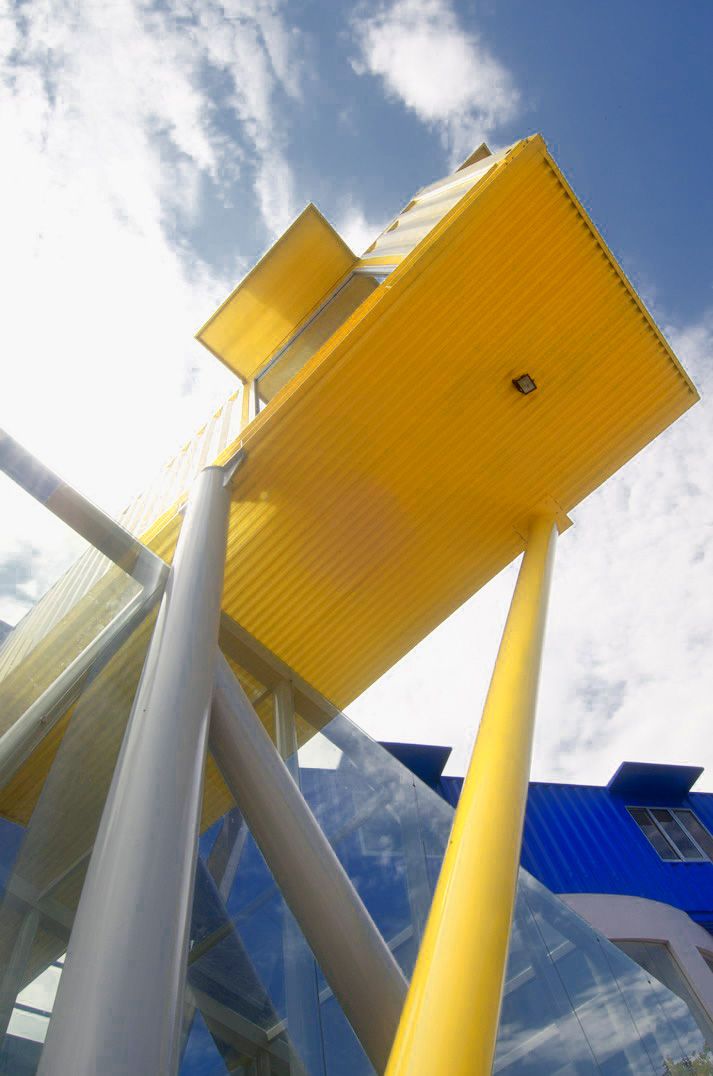 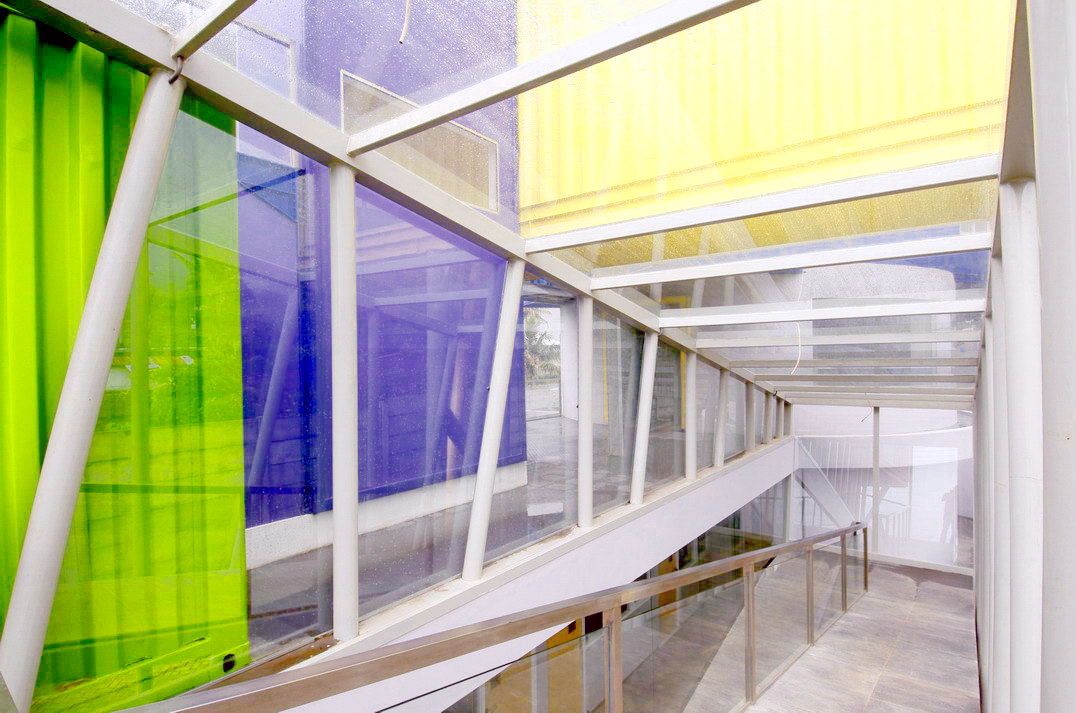 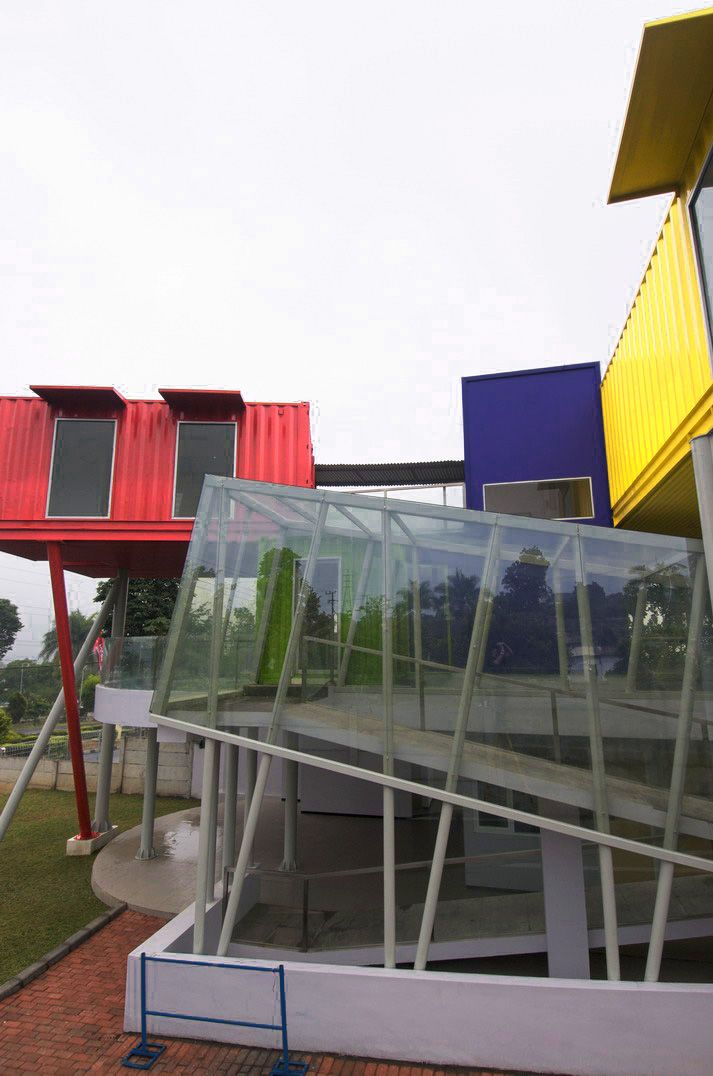 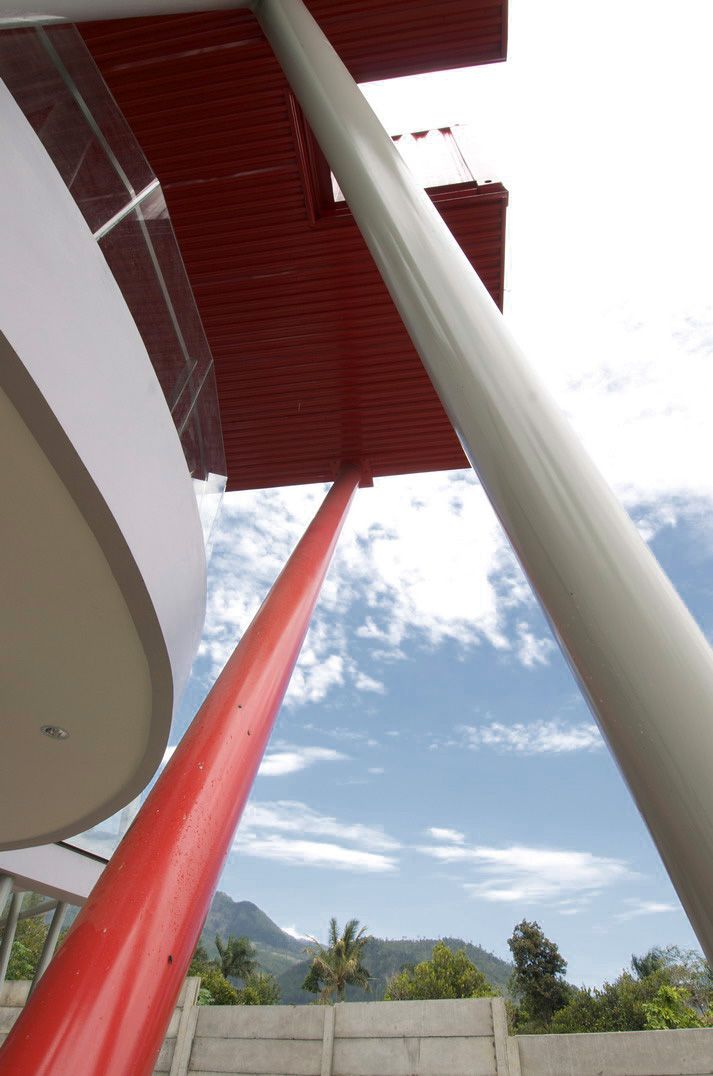 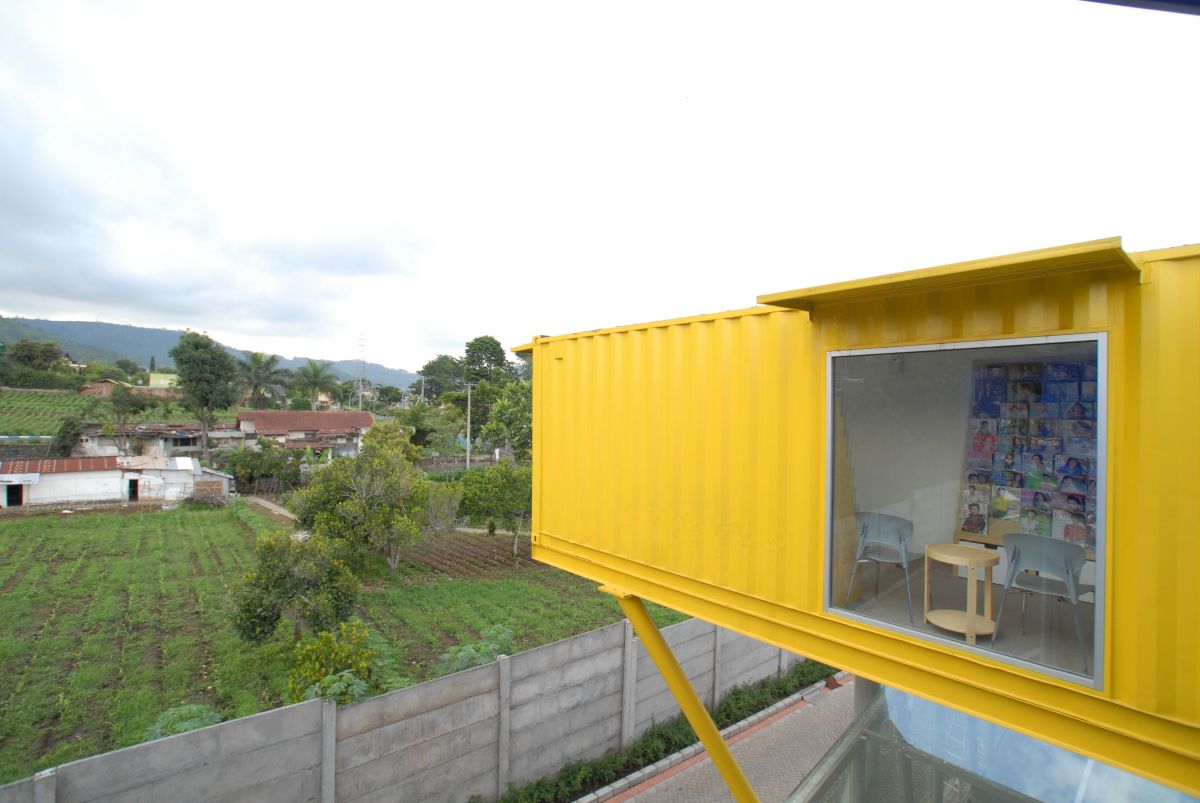 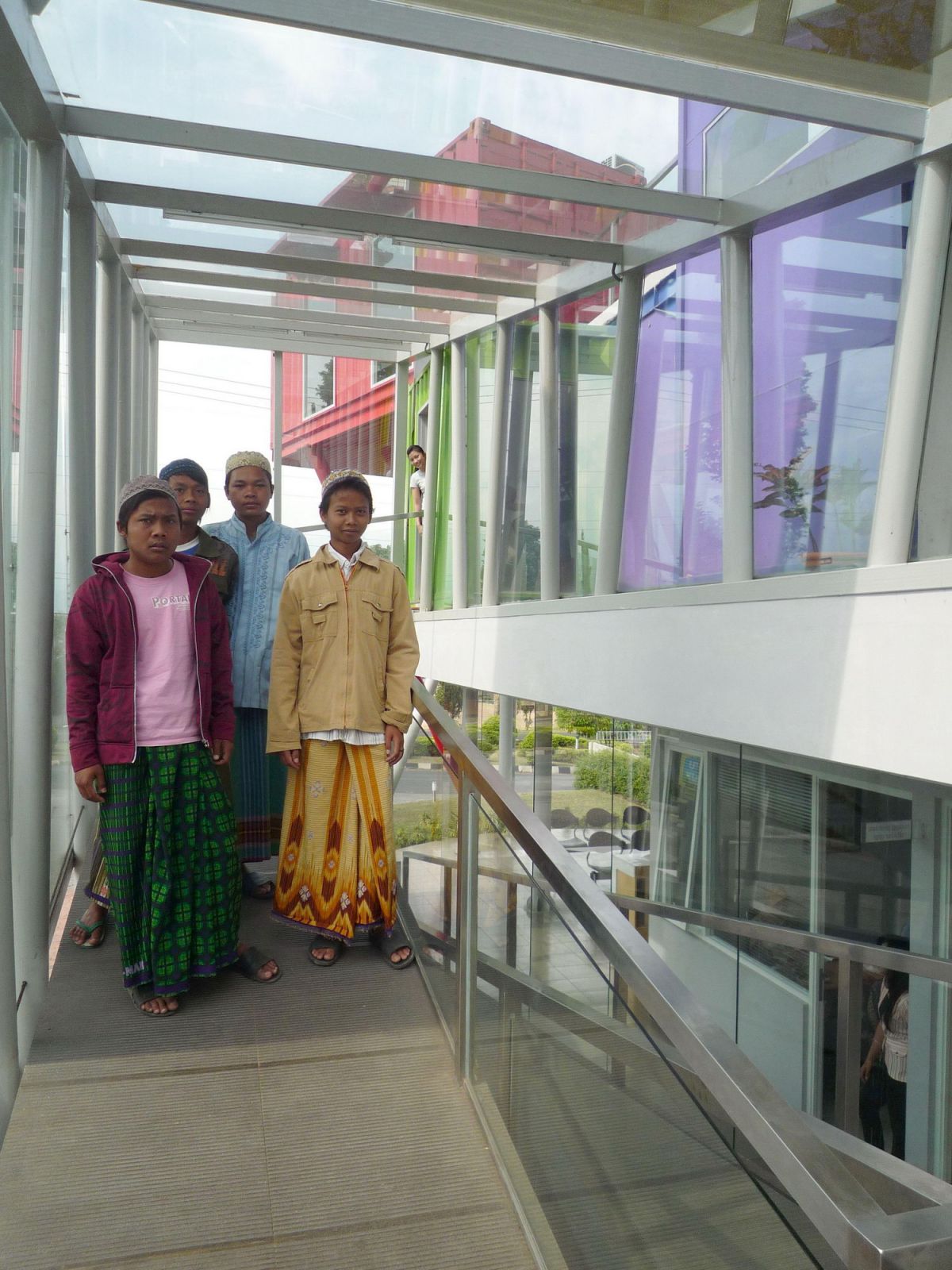 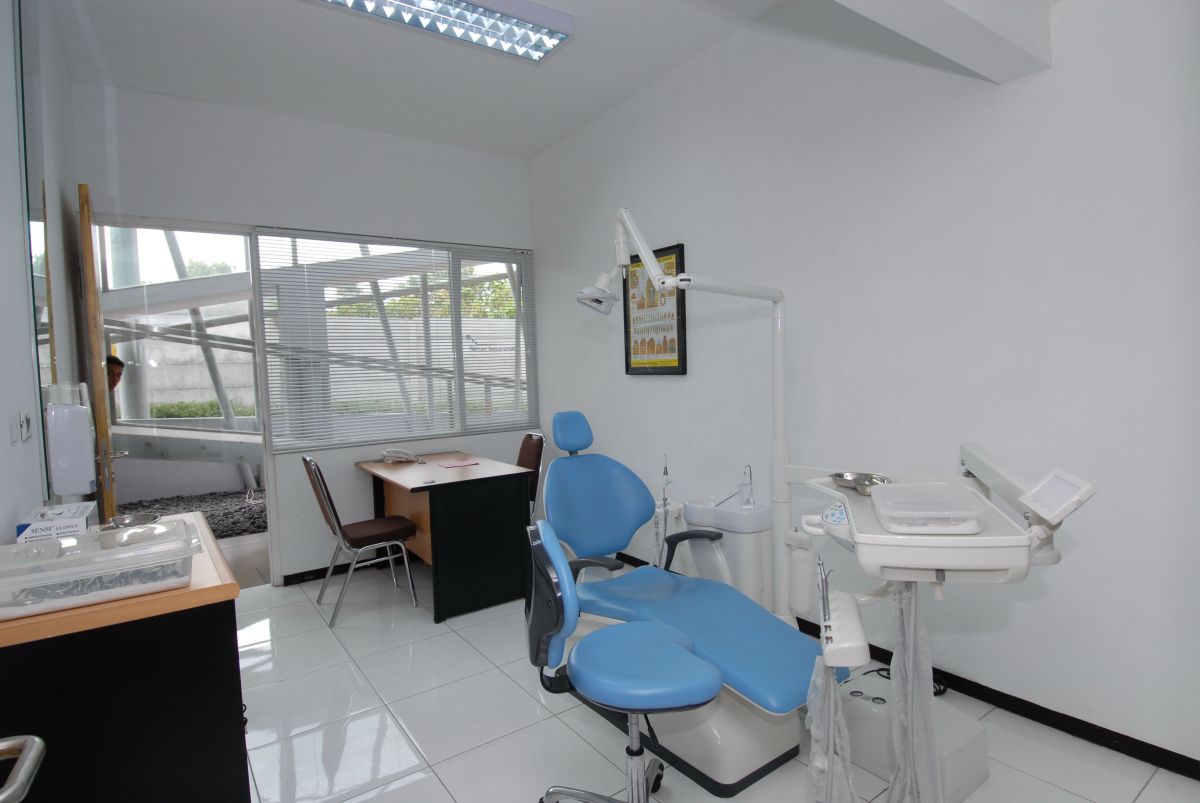 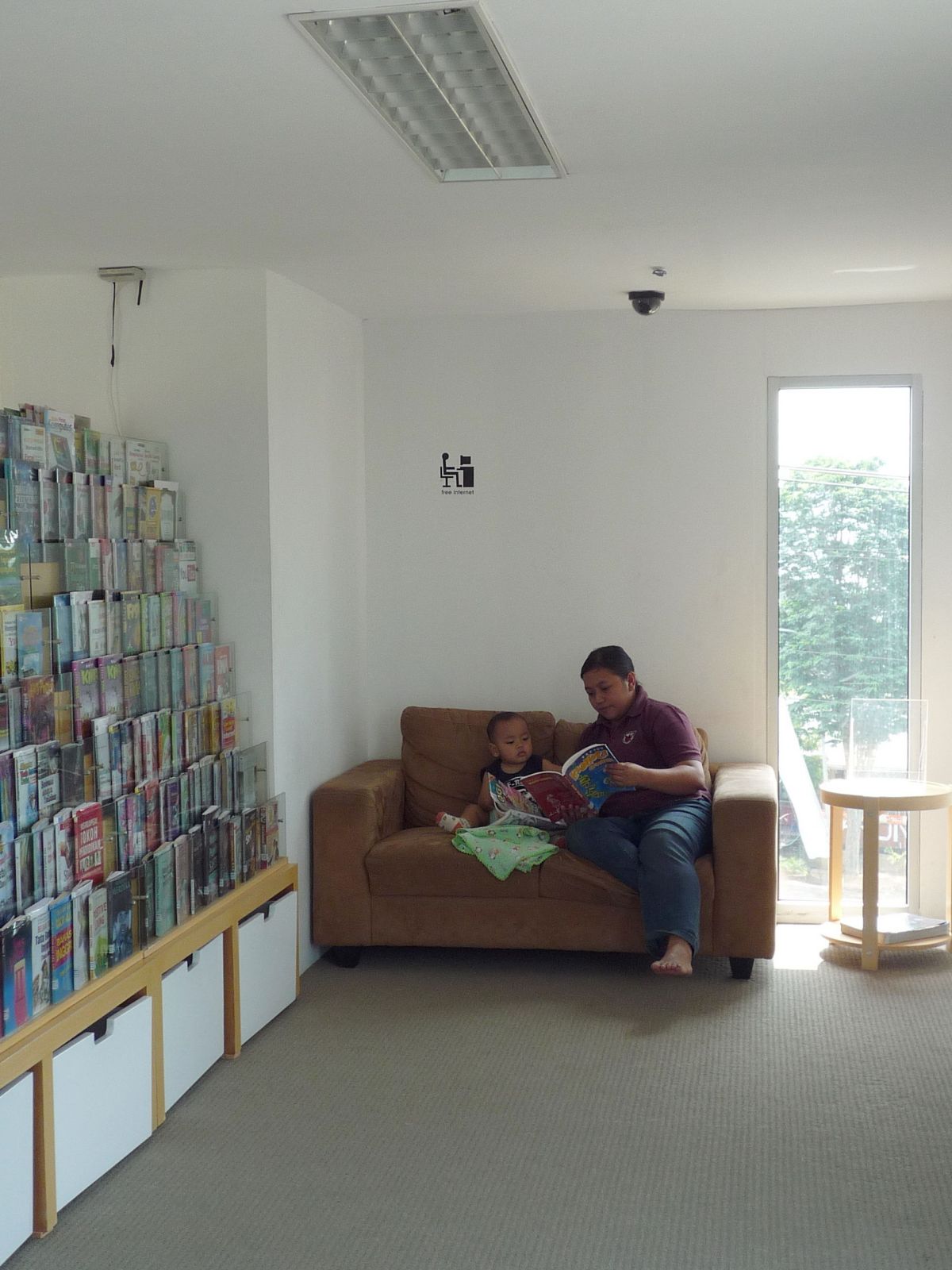 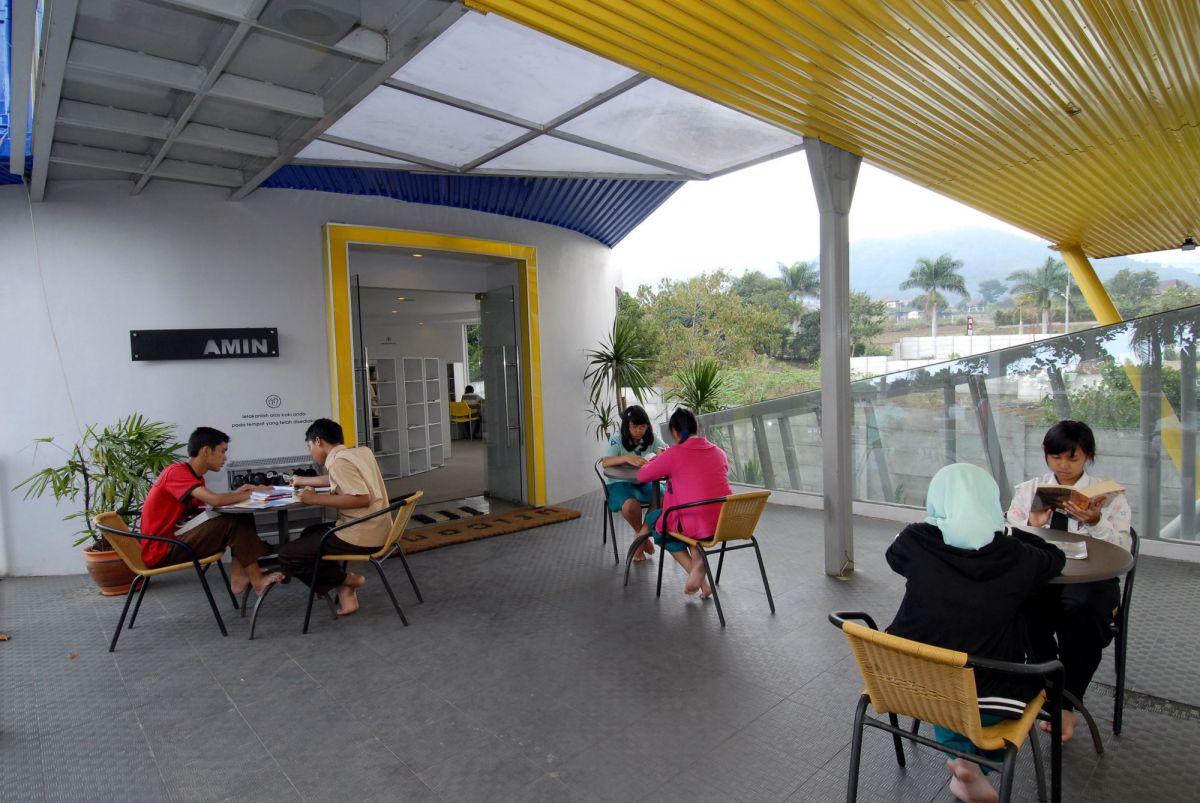 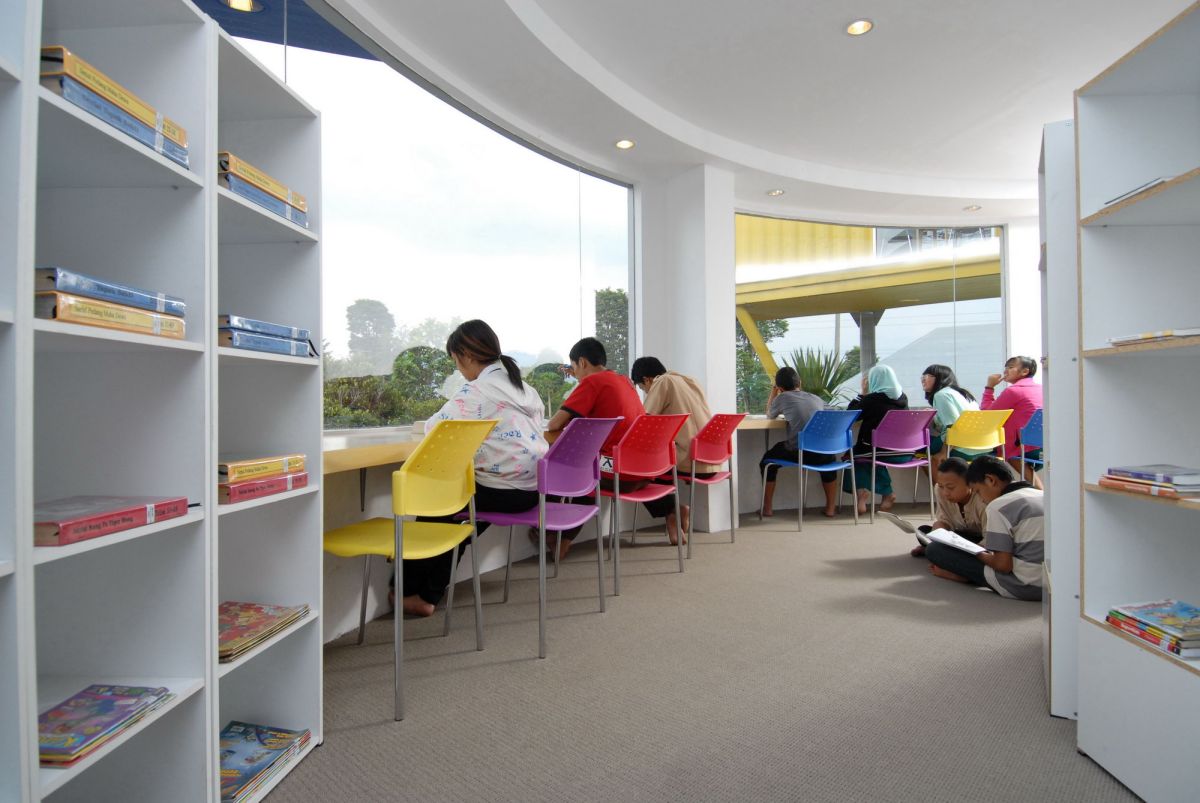 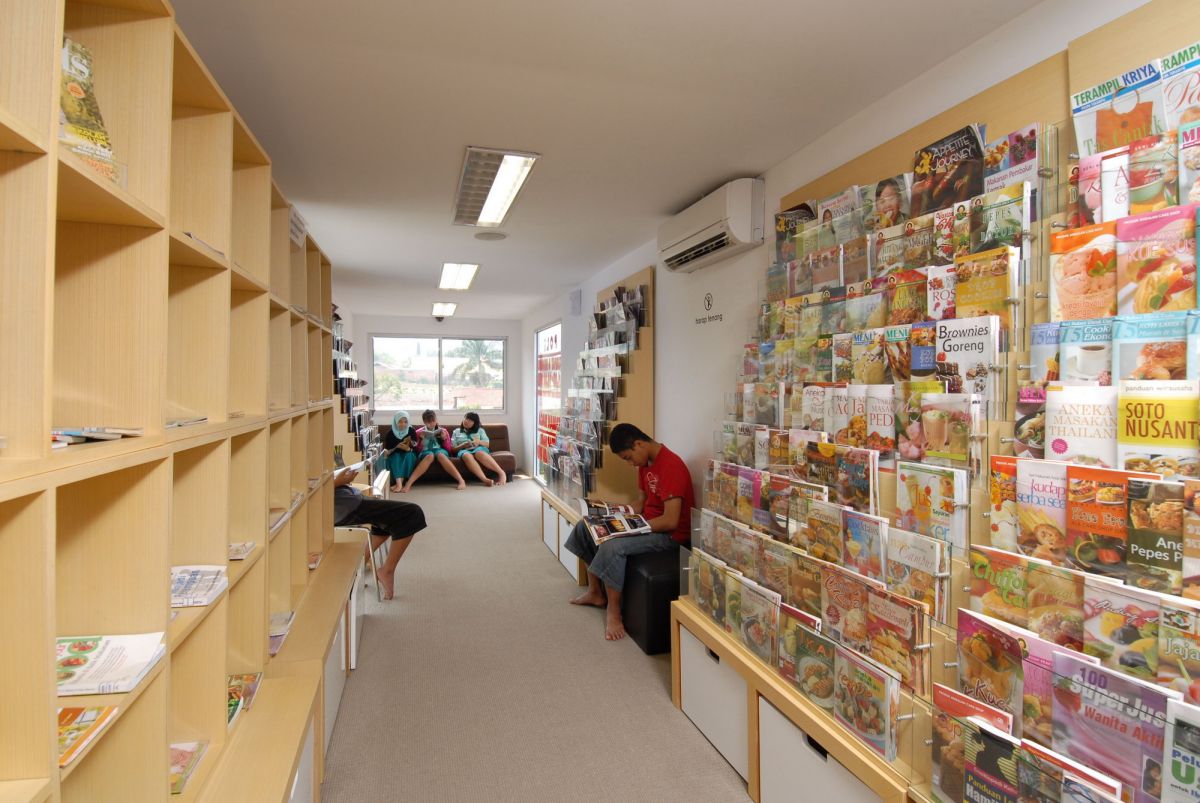 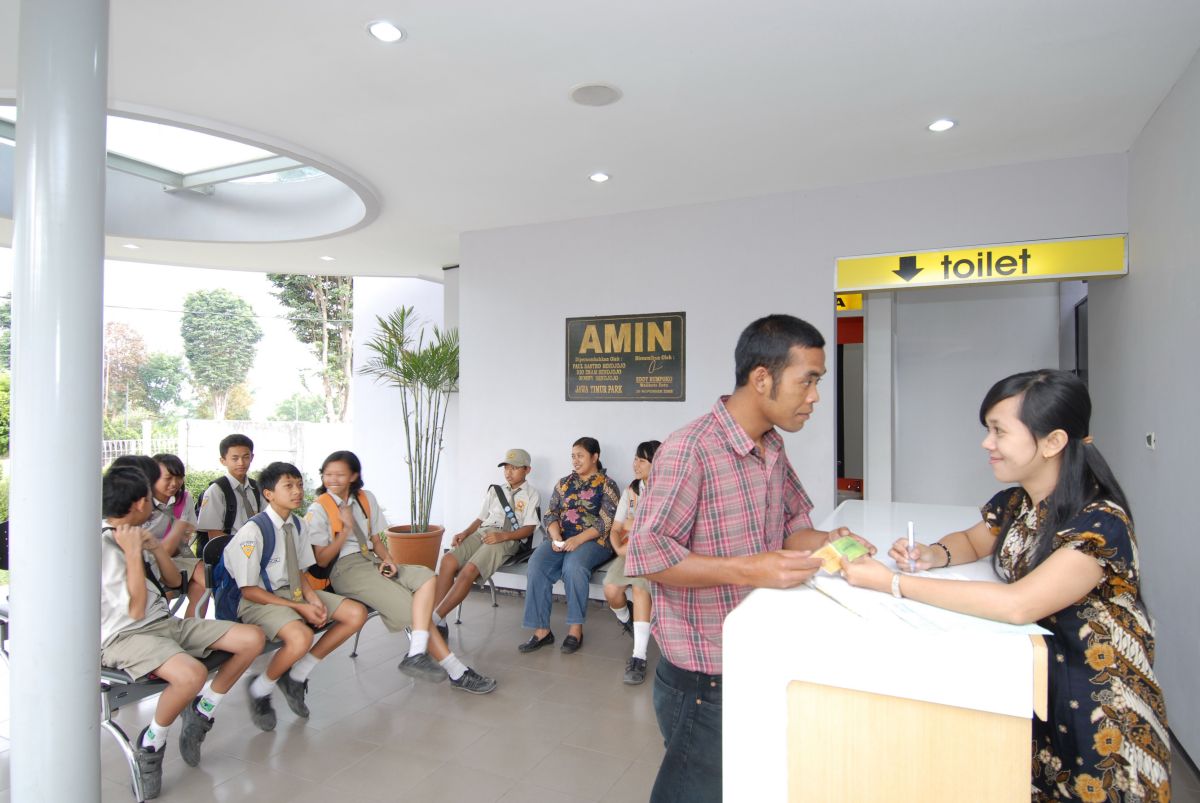 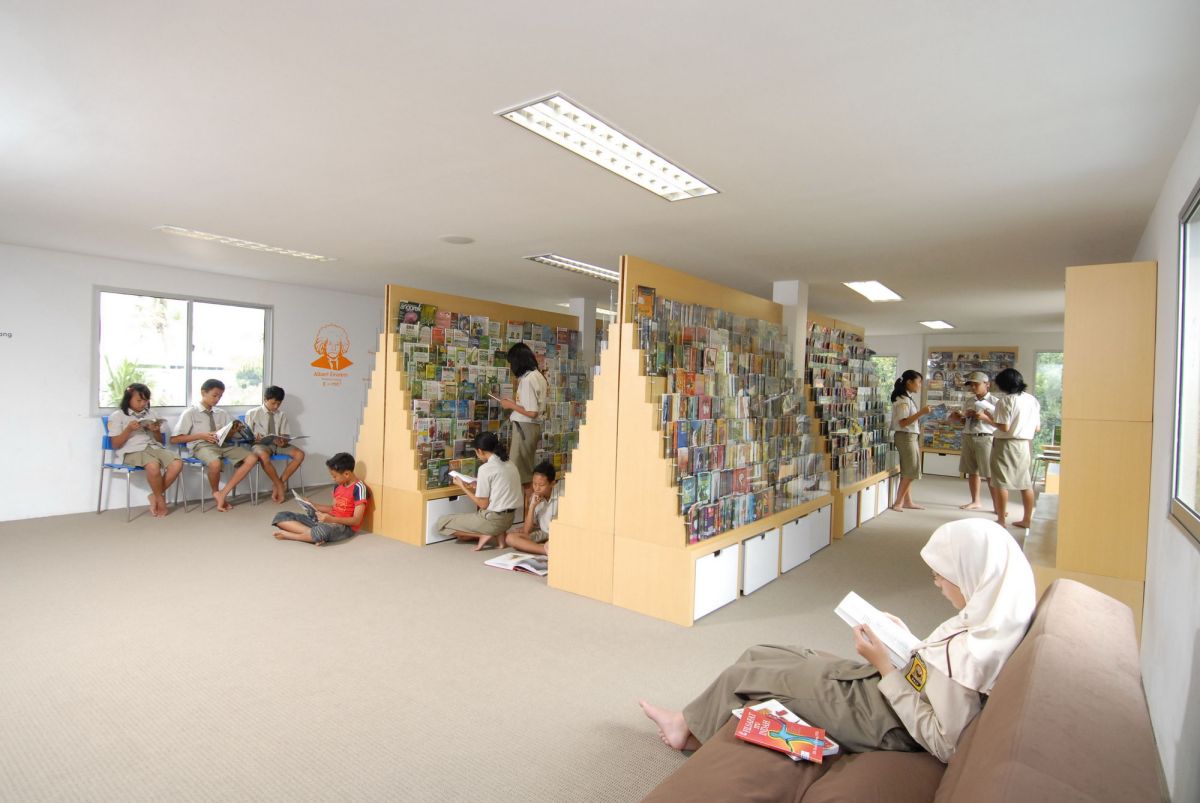