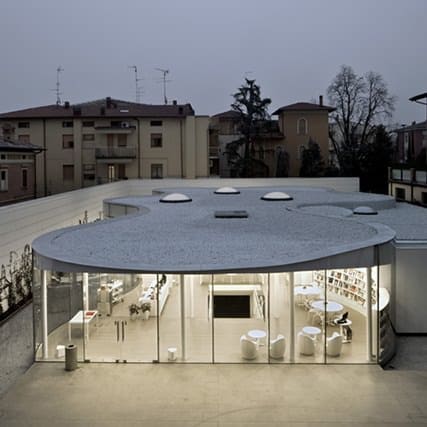 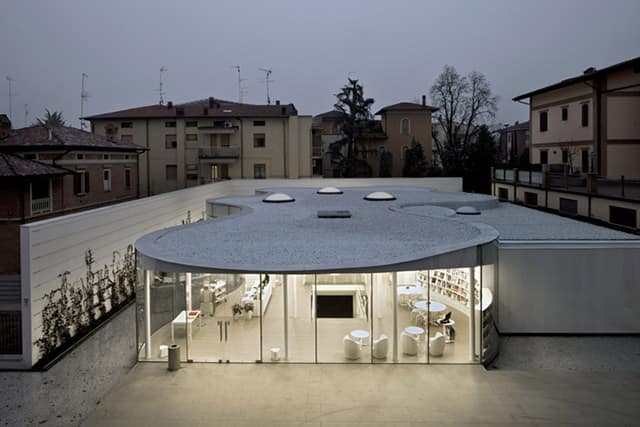 Italian practice Andrea Maffei Architects have designed the Maranello Library in Maranello, Italy. Here is a description from the architects, “The MABIC replaces a former warehouse, which have maintained the perimeter walls and lies in adherence to some residential buildings. The library, protected by a transparent curvilinear skin, on which is grafted the matt block containing the support functions, engages in the old volume. The cropped area between the glass facade and the perimeter wall is occupied by a body of water, which extends north to the road. The access, covered by a canopy with a triangular section that continues the organic shape of the building, is located to the west, overlooking the new square. 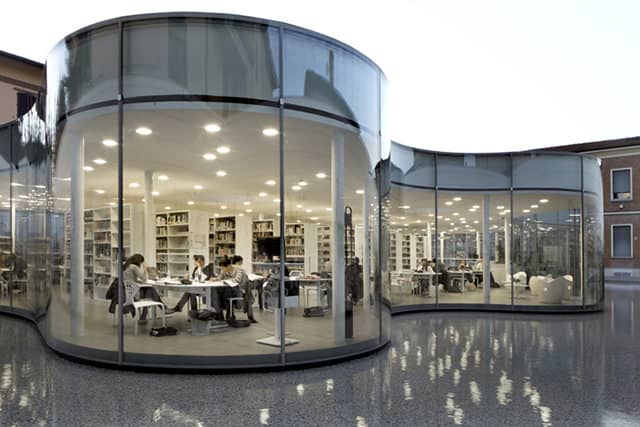 The building on two floors, including a basement, occupies a gross area of 1062 square meters. A first filter area, the lobby, home to centrally scale, through which you access the multifunctional room, located downstairs, well maintained independent of the library itself. Inside the lobby, next to the entrance, are also located the bank loan and the desk of “Maranello Terra del Mito”, and, on the other side, the newspaper library and the local culture area. The hall leads directly to the service functions, such as wardrobes, toilets and office, and to the toy library also accessible from the consultation area, as well as the office. Along the corridor is also located the elevator, which leads to the underground space.

A second dual access, cut inside of the glass wall, leads to the main rooms of the library divided by age. A central double-sided shelving system scans the space separating the areas for young people from the encyclopedic area, intended for mature audiences. The stoneware colored floor planks and the white furnishings combine to create a diaphanous and absolute space, in which books and encyclopedic volumes, also distributed along the curved wall, become the predominant elements. The transparent wall provides great natural light in the reading room, supplemented in internal areas with skylights. The artificial light, produced by energy saving fluorescent lights, integrated by LED lamps on the tables, enables an increase by stages of artificial lighting in order to limit energy consumption. 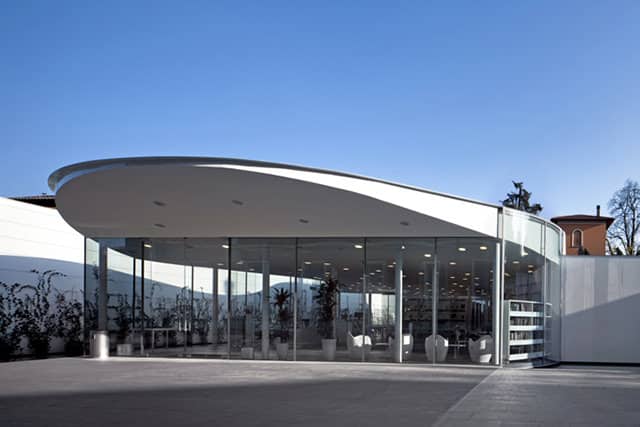 The outer tub water constitutes the element of interconnection between the perimeter squared existing walls and the MABIC’s curved surface. On the bottom of the tank, as on the roof, there is a layer of white gravel, which reduces the “heat island effect”. The completely vegetated outer walls, acting together with the water, provide for: the improvement of microclimatic conditions, air purification, noise mitigation, as well as psychological and social benefits. The basement, also accessible by lift, in addition to the multipurpose room equipped with storage, hosts a video and music library, a reading room, toilets for the public and staff, and technical spaces. The multipurpose space is illuminated by spotlights LED rails.

The air conditioning system exploits a geothermal plant, which covers the primary energy for summer cooling by 85% and the primary energy for winter heating by 93%, savings more than the 45% energy summer consumption and the 30% in winter, compared to a heat generating methane gas. A solar panel system provides more than 50% of domestic hot water. The building also features a system of disposal/collecting rainwater used for irrigation.” 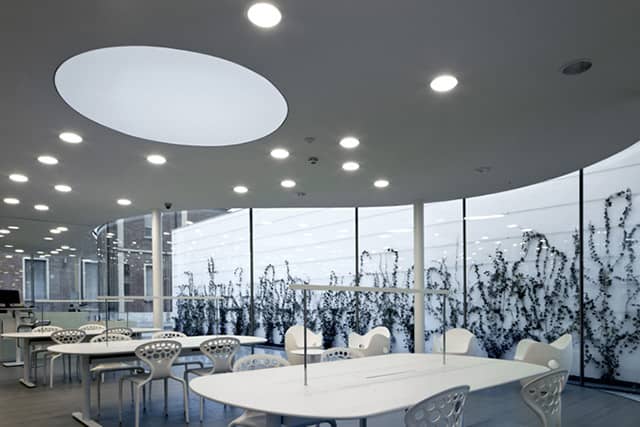 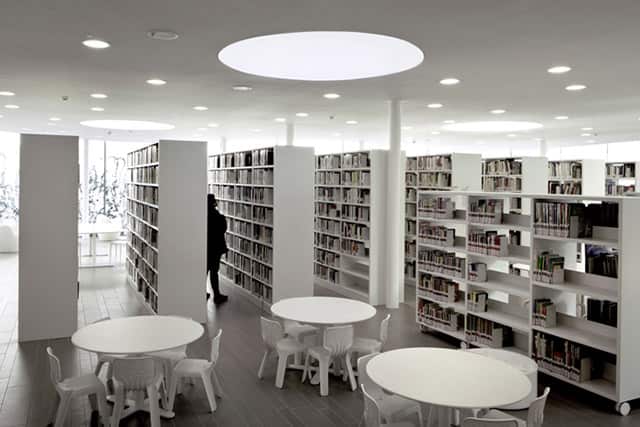 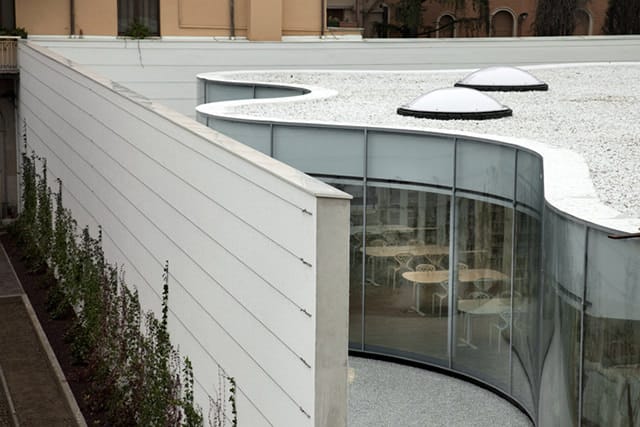 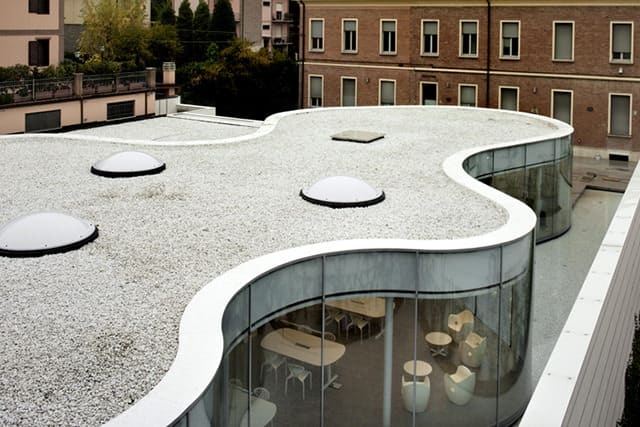