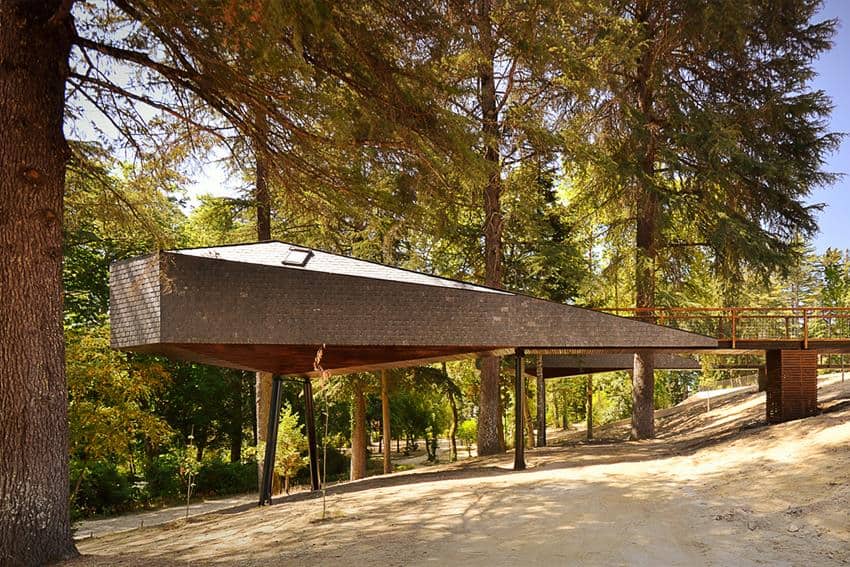 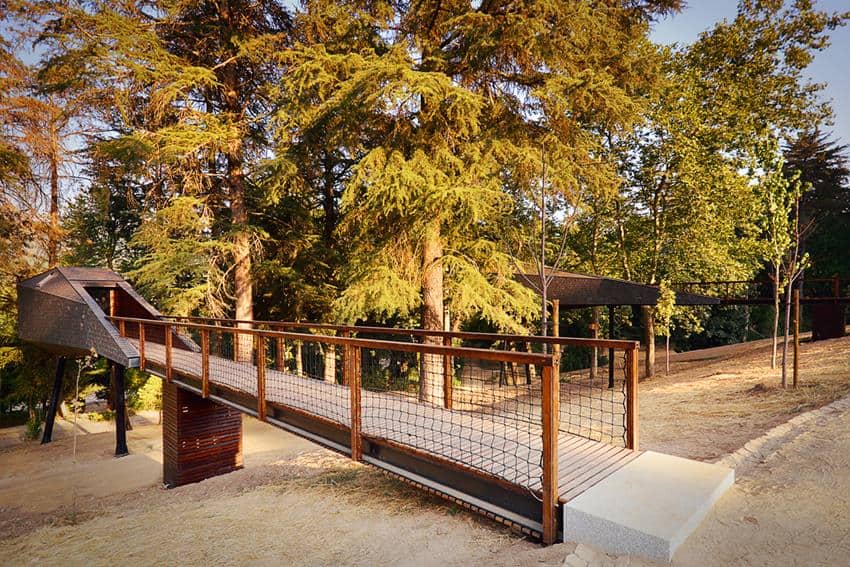 The project for these houses was developed in partnership with the Modular System Company. The idea was to get an object that would be far away from the orthogonality and from pre-established concepts associated with the modular construction. The characteristic design associated with the slates and the wood on the base suggests a snake gliding between the trees. Like a wild animal in its natural habitat, the house suddenly appears in the visual field of the observer.

The choice of materials gives an instant sense of connection with nature at the same time it establishes a coherent image of the proposal into a perfect symbiosis between the house and the Park. The architects made use of new technology already tested in prototypes that allow a weightless easy-carrying construction. Native raw material, slate and wood used in the finishing also promote the integration at the same time it confers invisibility to the houses, not allowing these to take the chief role which belongs to the centennial Park itself. 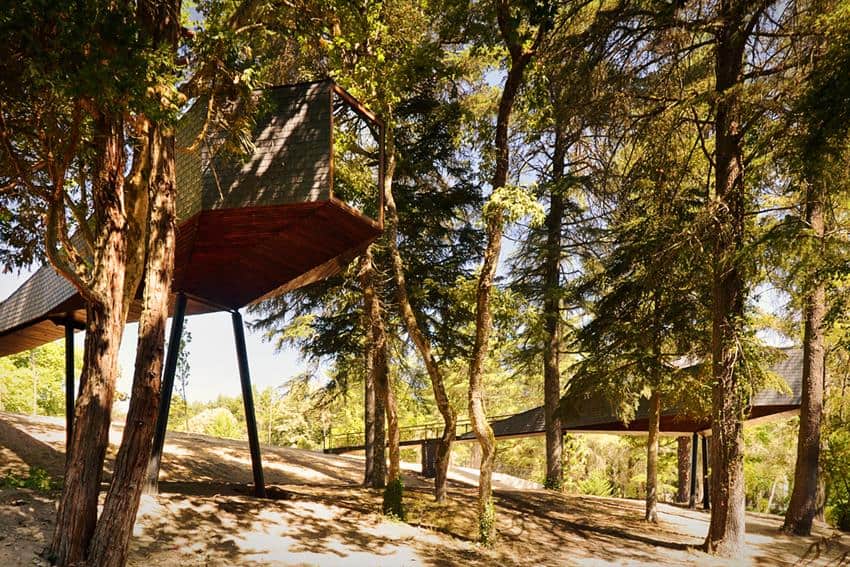 Sustainability and ecology have always been one of the major concerns during the development of the project. The consistency and rationale for the intervention were attained by the layers and reinforced insulation, heating systems, water reuse, water solar panels, the low consumption lighting system using LED technology as well as the option of keeping the soil without any impermeable system, among other solutions. Each house comprises a studio with a bathroom and a kitchen.” 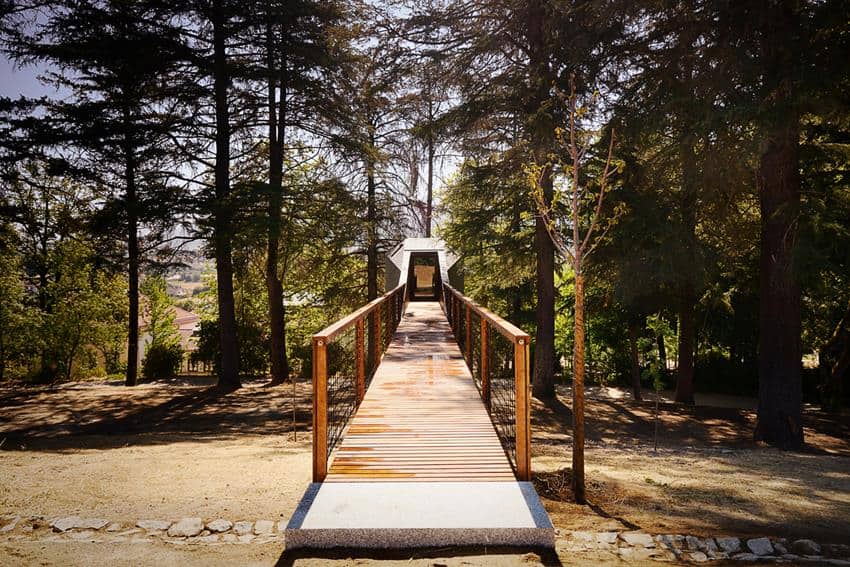 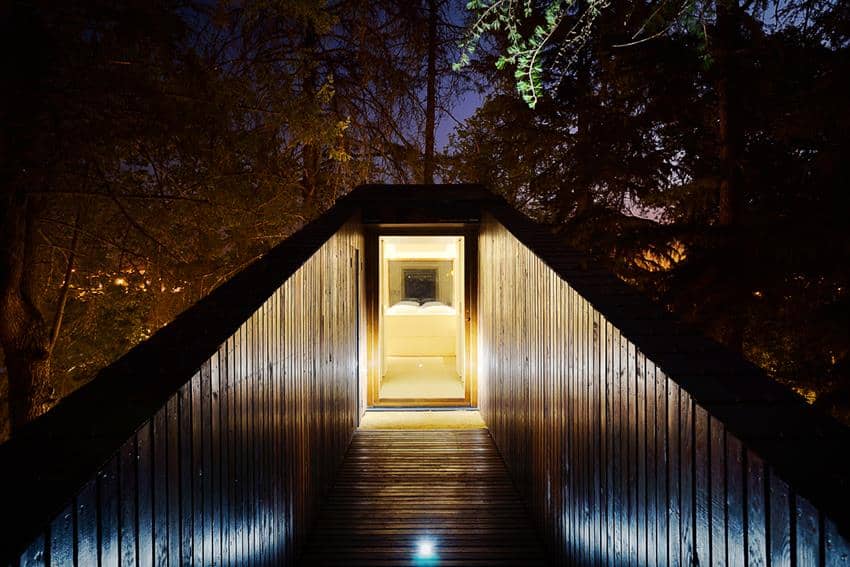 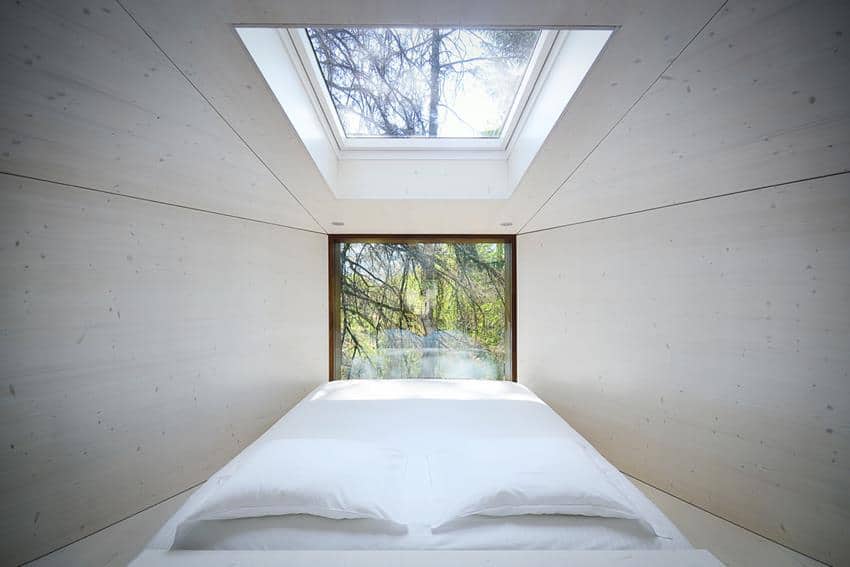 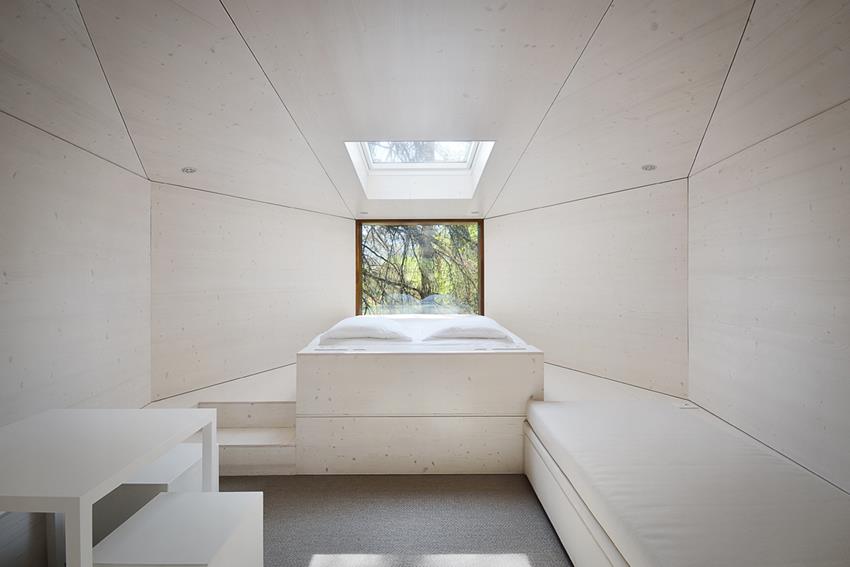 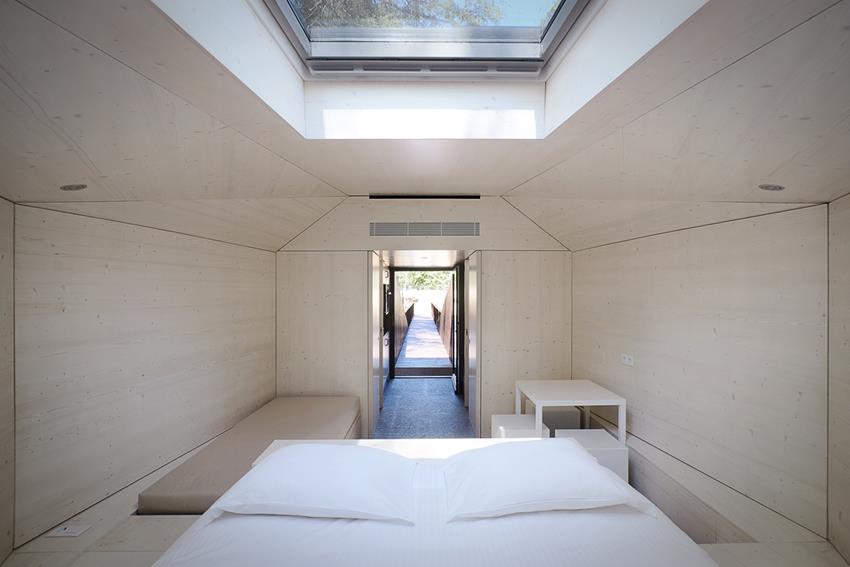