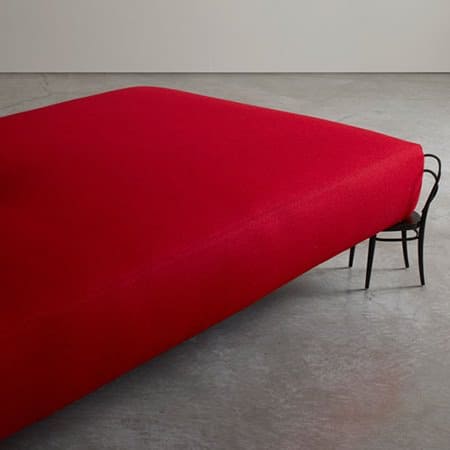 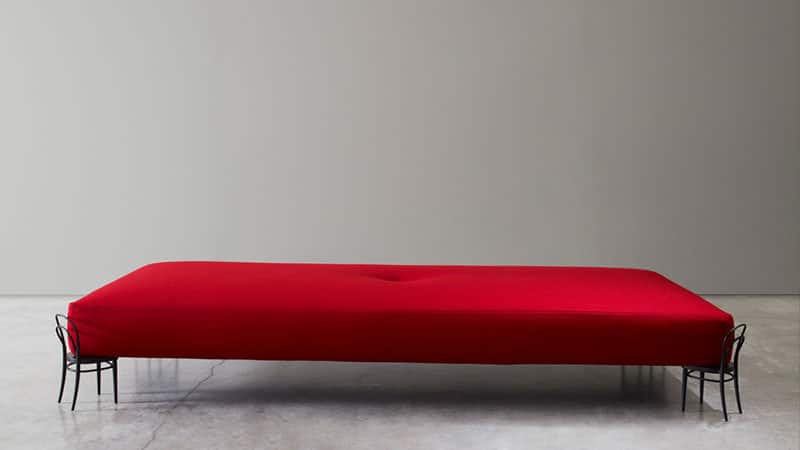 Designer Ron Gilad has created the 56 Day bed in collaboration with Adele-C. It is a minimalist bed with four small Thonet Chairs as legs. According to the designer, ‘While creating pieces for Adele-C I allowed myself the freedom to play with extreme irony and scale while maintaining the balance between the useful and the abstract; going all the way to the edge of the cliff but not jumping off. 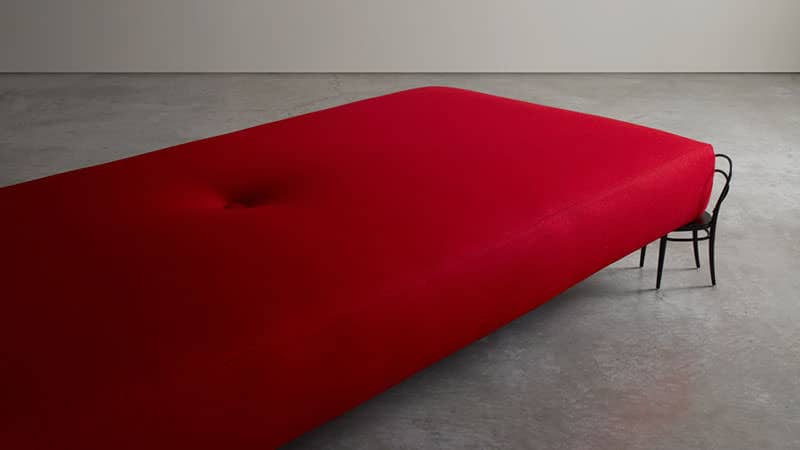 The “56” collection started with two functional objects; one for resting and the other for storage. My task was how to elevate these functions, both literally and conceptually. The past came to my rescue. Appropriating Thonet chair no.14, shrinking it and reproducing it in steel, allowed the stability for it to function as a support to the other components rather than our butts.” 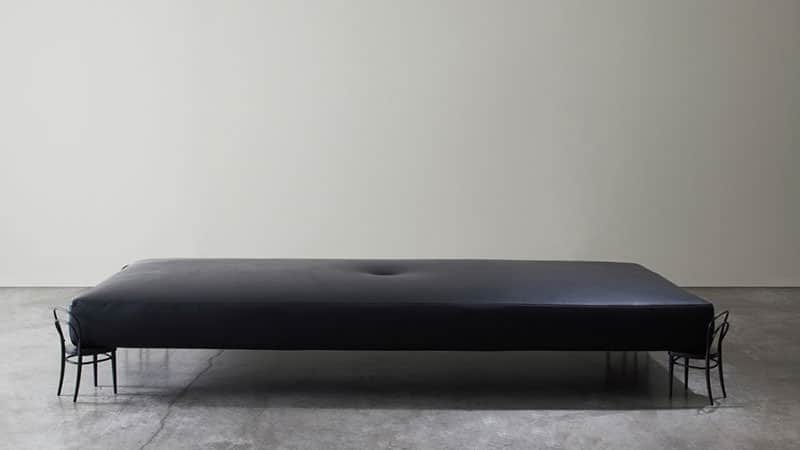 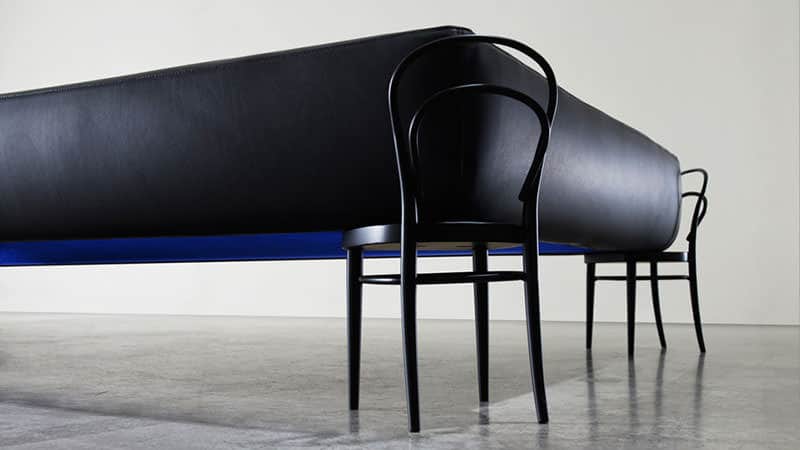 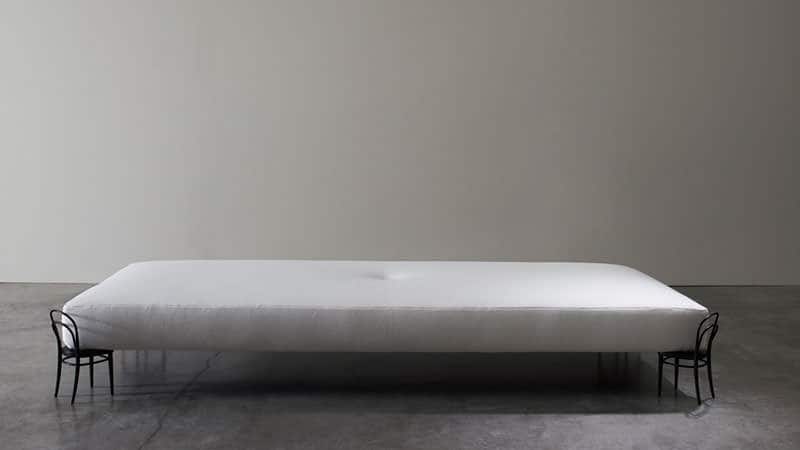