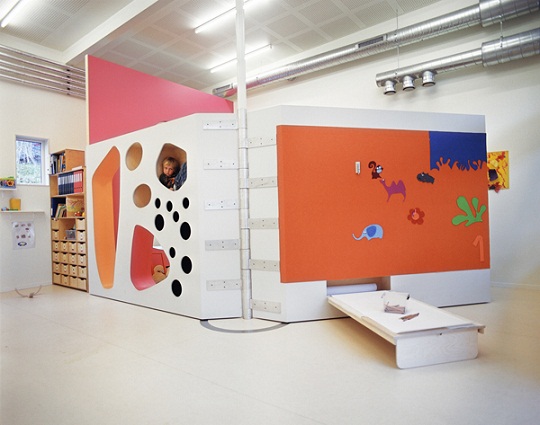 “The project is a result of an architectural competition for 2 kindergartens in Tromsø. The kindergarten in Fjellvegen was completed in March 2006 and the kindergarten in Lars Thøringsveg in September 2006. The kindergartens have been built to have the possibility of variety in the use of rooms. With very simple moves one can change each room into new rooms of various sizes and functions. There are several options for combinations and joint actions of rooms and spaces. One of the main ideas is that each base has two adjustable walls (fixed in one end, and wheels on the other) that gives the room a variety of combinations of small and large rooms. The walls are built with various shelves, drawers, blackboards, clilmbing partitions, puppet show sections and so on.” – 70°N arkitektur. 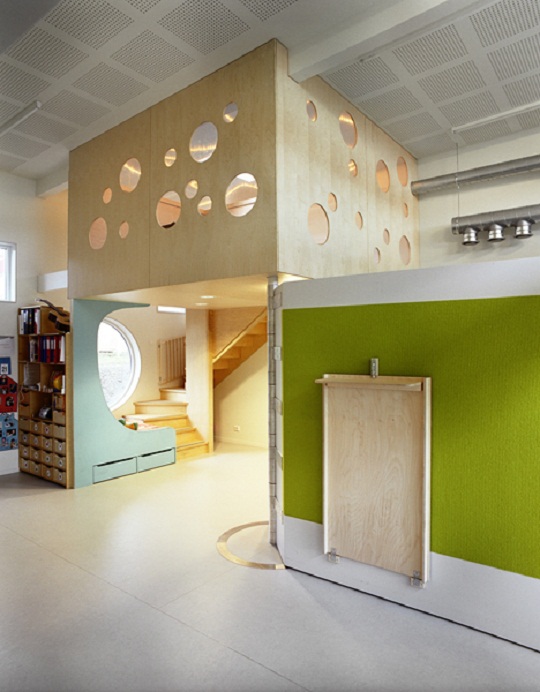 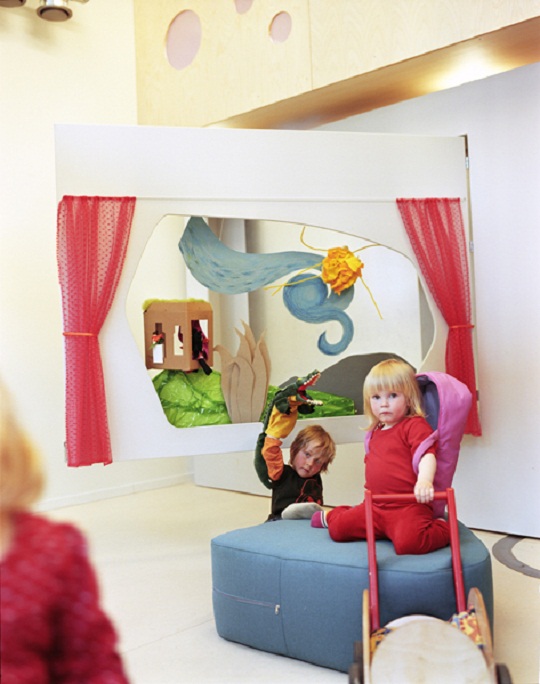 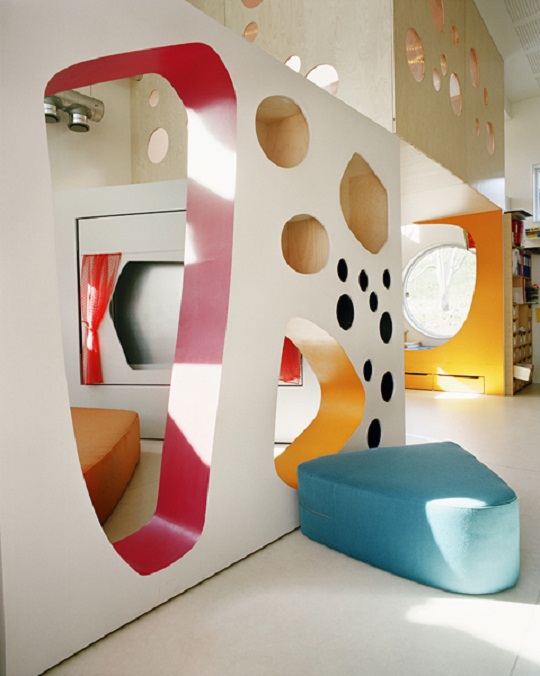