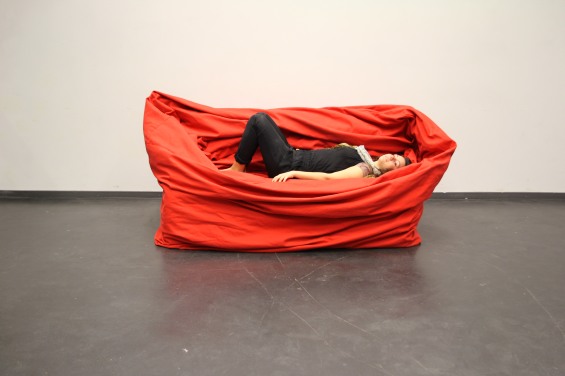 Moody Couch, designed by Hanna Emelie Ernsting, was awarded second prize in this year’s [D3] Contest for young designers at imm cologne. Following is the information provided by the designer, “With Moody Couch the philosophy of the Moody Series is expressed in a way that allows a very wide range of different moods, while still making a link to the “standard” sofa. It can be an intimate napping spot or a representable couch. The size of the textile cover and its simple pattern enable all shapes and forms. For the textile cover I chose a high quality cotton upholstery material and lined it with wadding, making the material even more expressive. The size of the cover is 20m2 with a height of almost 4m. The base consists of a wooden part, covered with different layers of foam (170cm wide, 70cm high). 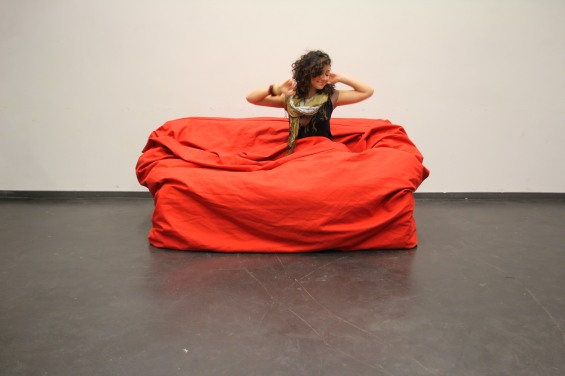 Moody Series Concept: Nowadays the separation between work life and private life is further disappearing in multiple ways. The special separation blurs out due to the fact that more and more people are using home offices – either for their own small business or because they are taking work home from the office. It seems that for many people it becomes more and more difficult to separate work life and private life emotionally. After everlasting working hours, the never ending expectations of perfect appearance and the constant need to function, people forget to calm down and how to let go. This has certainly become one of the major problems of modern society. 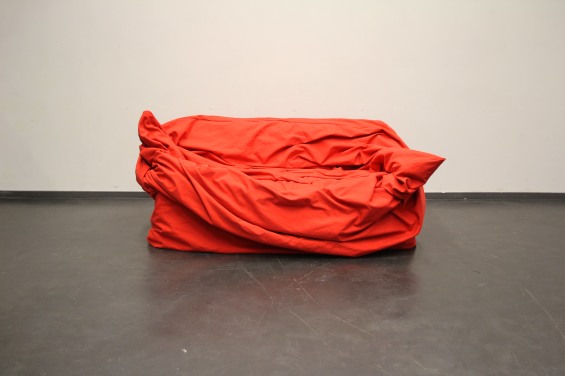 How can product design react to this challenge? How can forms follow moods – instead of functions only? Emotions, feelings or moods are constantly changing: a person can be nervous, crabby or sleepy at one point, and at the other he or she might be in a comfy, playful or naughty mood. So a particular flexibility in design is needed. Also those feelings are often kept hidden and people cannot really calm down – so the design should invite the user to be laid-back, express feelings and let everything out. By doing so the product will resemble the moods of its user, looking crabby, sleepy, playful or naughty – thereby creating a visual and intimate way of expression and communication. Ideally the familiarity of those emotions would evoke a sense of coziness, well being and security. This is what I think of as “FORMS FOLLOWS MOODS”. 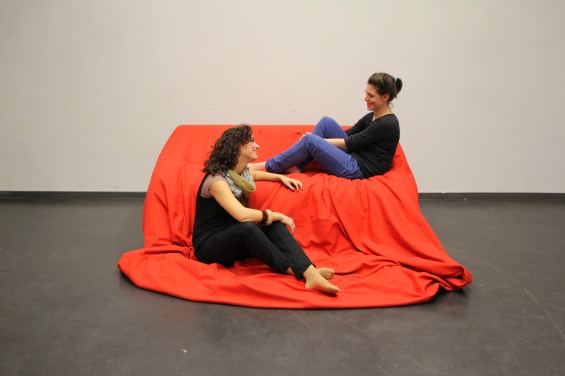 With this idea in mind I created a series of seating furniture called “MOODY”. As a starting point, I looked at different aspects of common sofas: forms, proportions and the way materials are used. I realized that seating furniture mostly looks static and stiff, because the fabric is traditionally used in a way that does not allow the textile to unfold all its characteristics and abilities. In order to create seating furniture that follows its users’ moods, I enlarged the dimensions of the fabric, detached it partially from the base frame and started to decrease the dominance of the static base construction. By doing so, the furniture becomes as flexible as fabric. Through mixing the characteristics of bed, sofa and chair Moody is a series of cross-over furniture, called “MOODY COUCH”, “MOODY NEST” and “MOODY BAG”.” 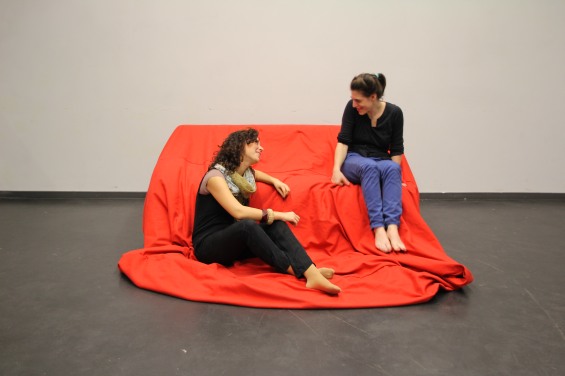 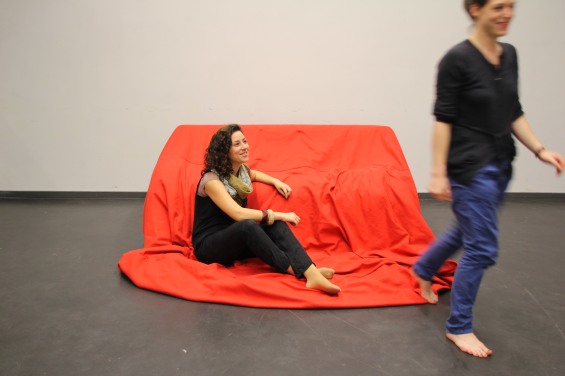 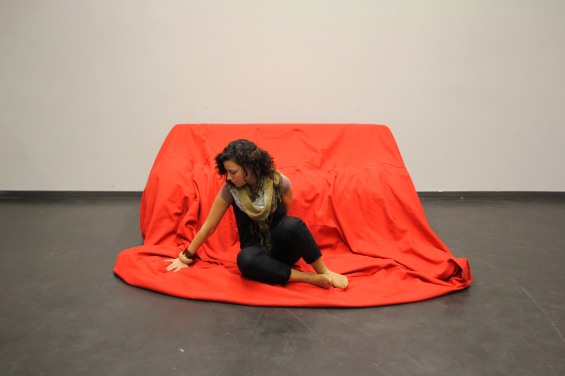 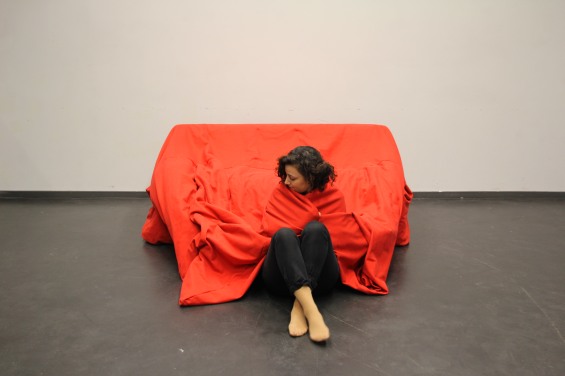 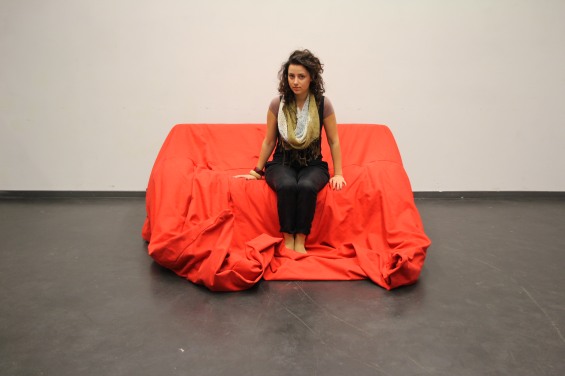 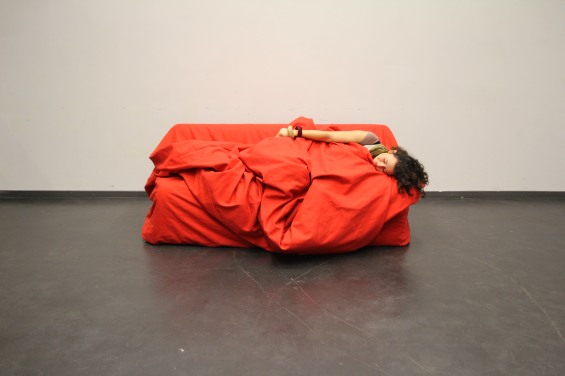 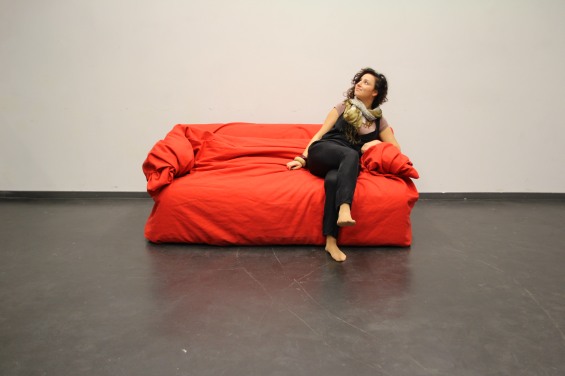