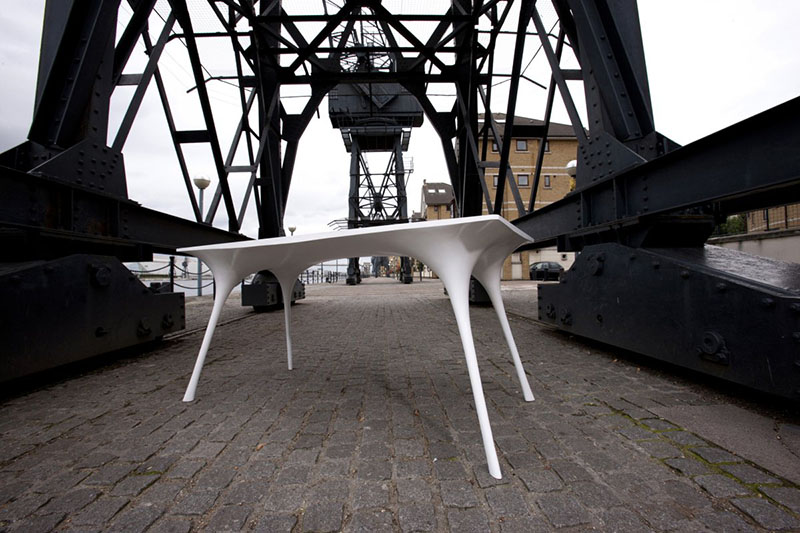 Pneu (Pneumatic) Table is a unique handmade architectural sculpture created by London-based designer Il Hoon Roh. Here is a description from the designer’s website, “The designer’s main purpose for this project was to develop a method to combine two different families of self form-finding structures. The designer began researching pneumatic structures as such structures are among the self form-finding structures found in the natural world which have been the basis of the designer’s other projects.  In addition, the designer sought to find a way to naturally incorporate and combine the knowledge gained from his previous investigations in order to form an integrated hybrid structure. 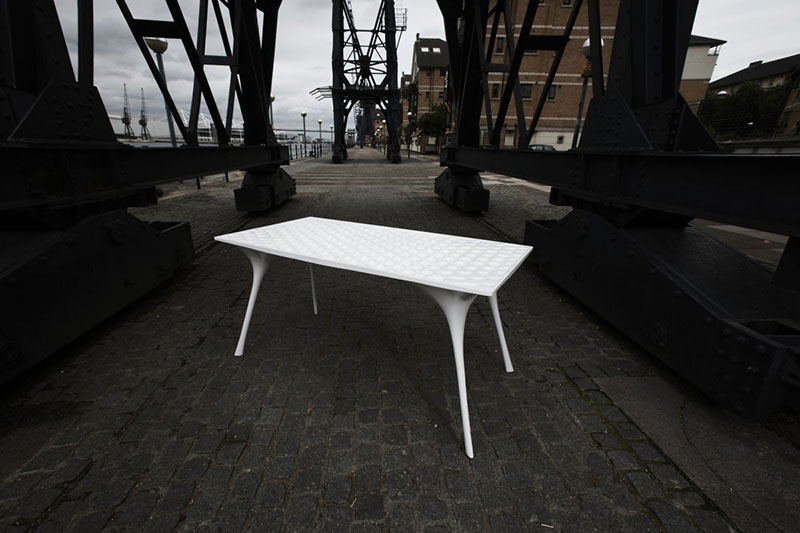 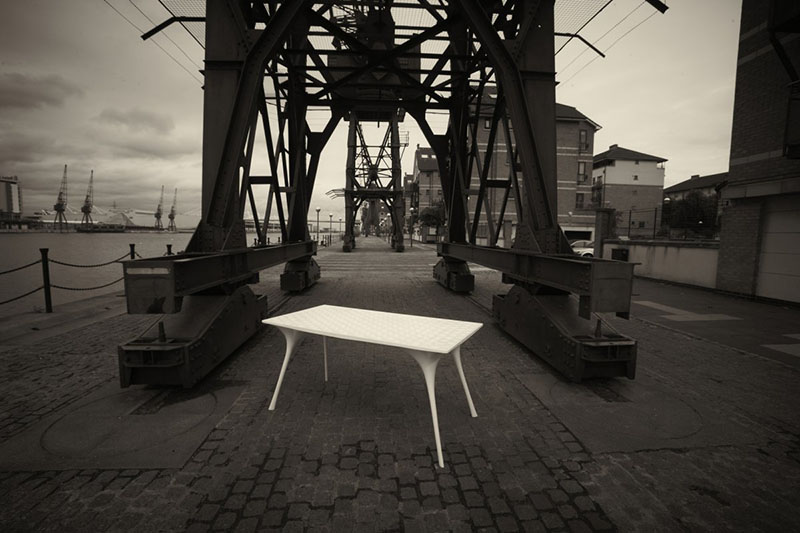 The Pneu Table project was developed in two key stages. The first stage was utilising structural analysis software to see and analyse the structural pattern of pneumatic structures found in the natural world. The designer then used the information generated to carry out an experiment through inflating balloons, which led to the creation of the top surface.  The second stage was to combine the fabric stretching technique from the designer’s previous projects (Radiolaria series) with the top surface. 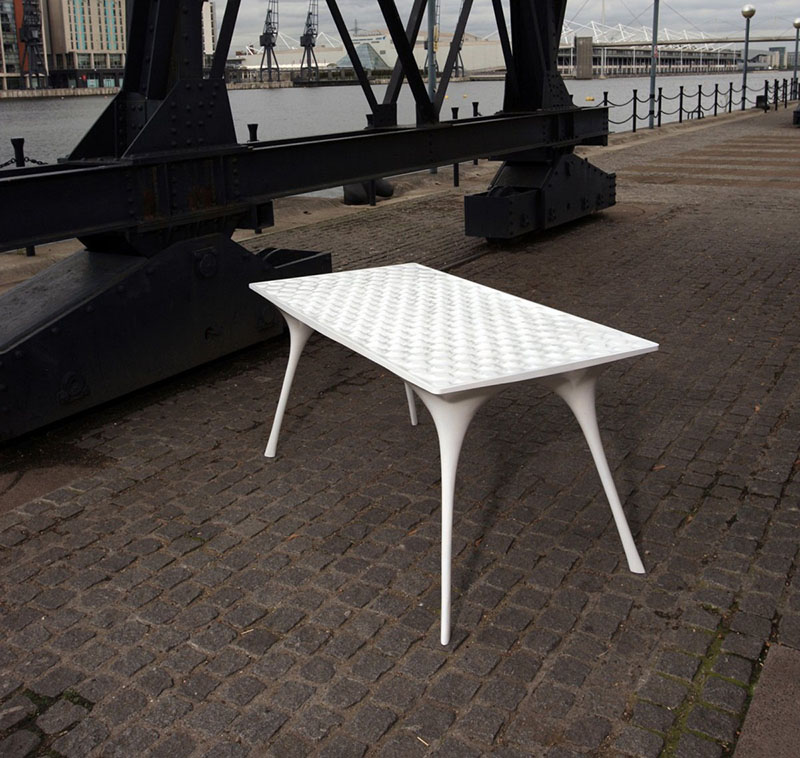 Combining these two investigations generated a unique pattern and sculpture which successfully illustrates how two separate self form-finding processes are utilised within a single table structure and how such a hybrid structure benefits the design of and also structurally reinforces the sculpture.” 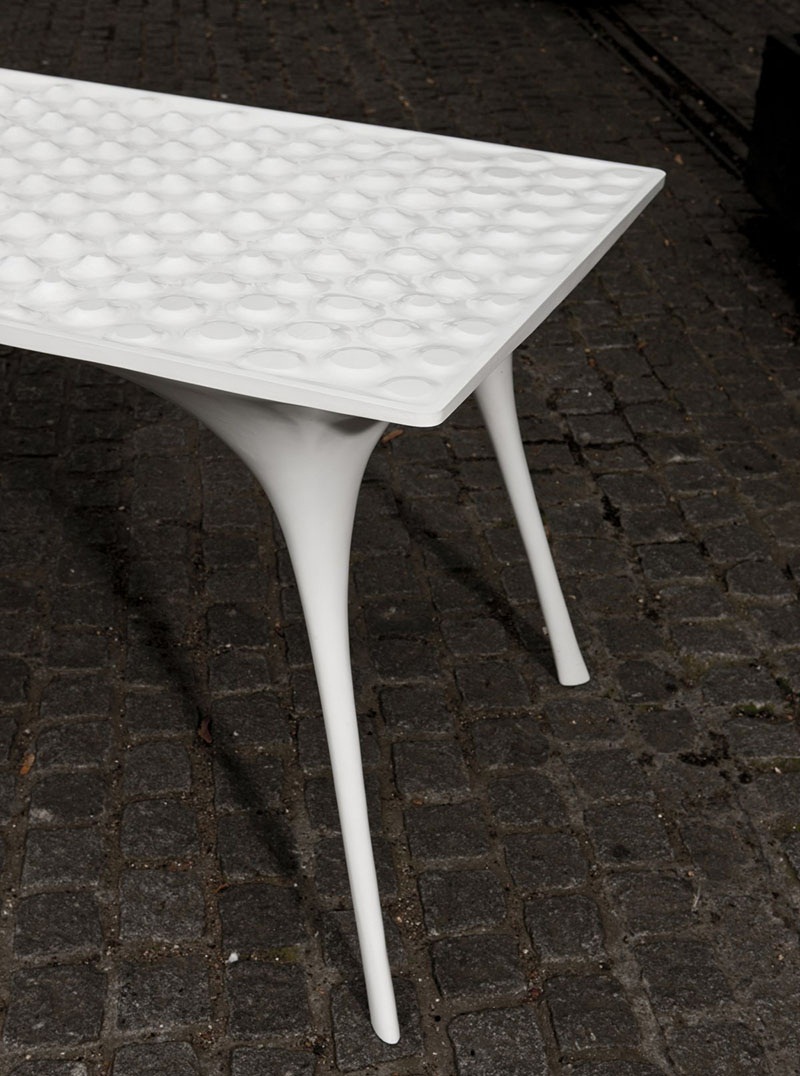 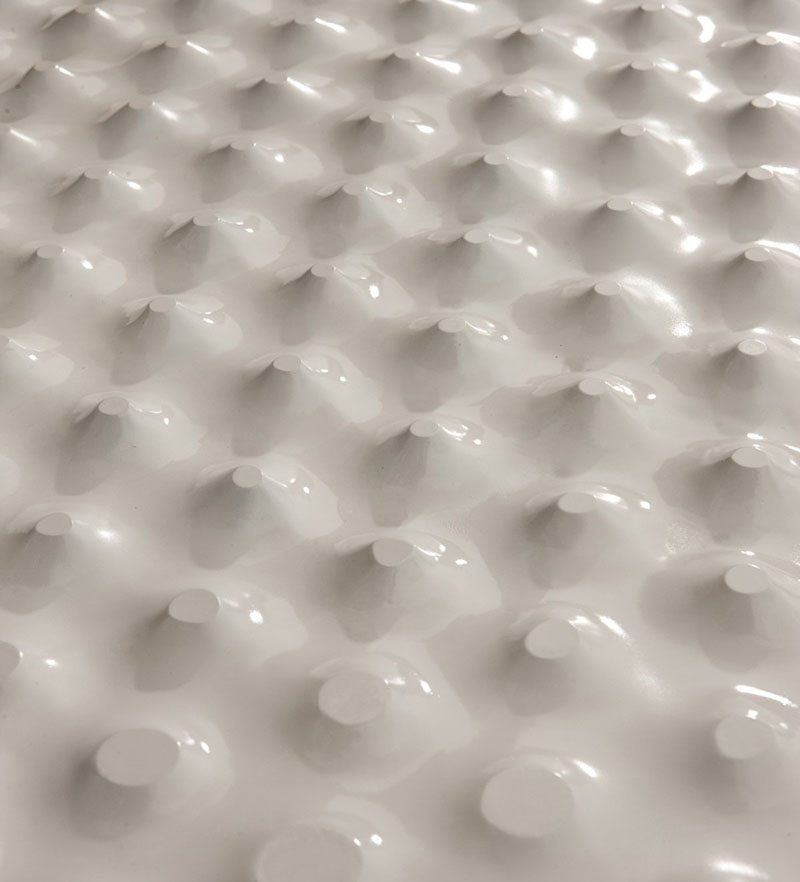