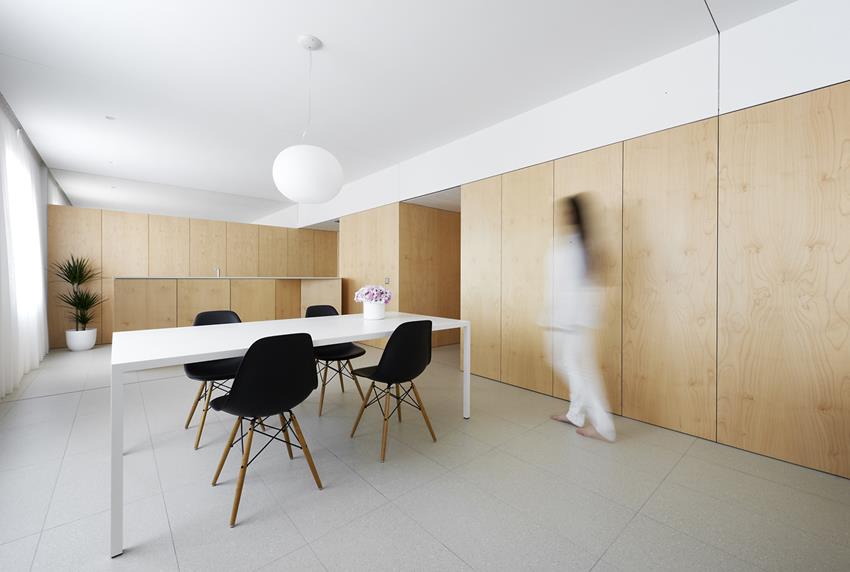 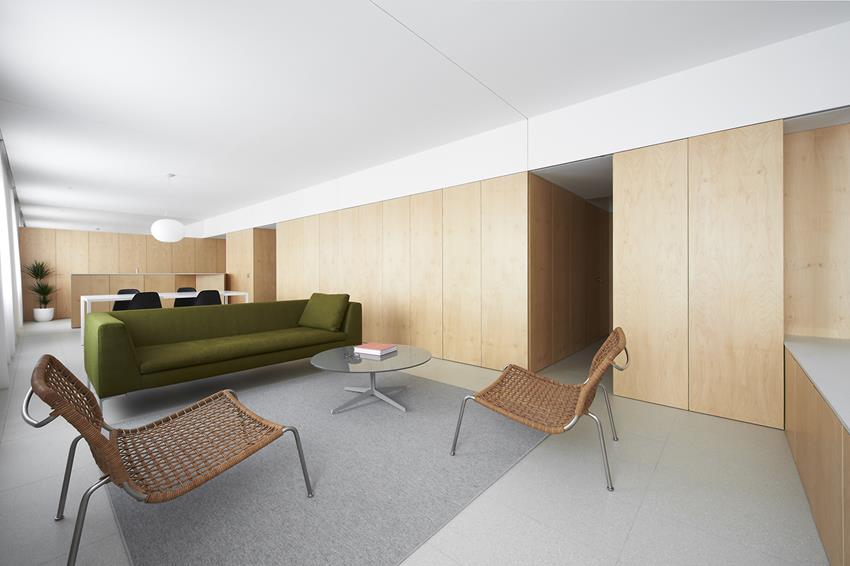 Spanish architect Iñigo Beguiristáin has refurbished the JA Apartment in Pamplona, Spain. The 96 square meter apartment has three double bedrooms and two bathrooms. From the architect, “A unique and continuous space is proposed, in replacement of the four units that were previously occupying the rooms of the street façade. In addition, twelve square meters are gained fitting out two bathrooms instead of the original corridor. 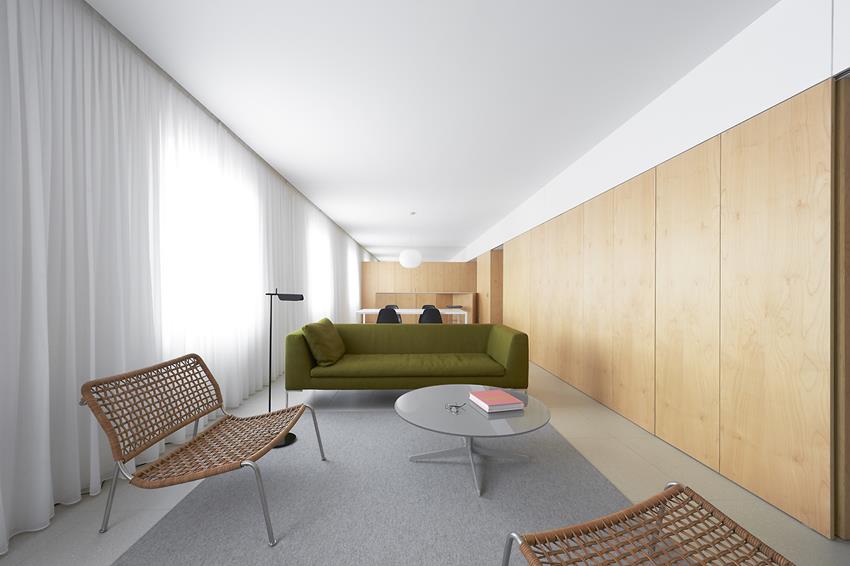 Starting from the recognition of the original structural diagram –a portico with central edge beam and a perimeter load-bearing walls–, a single gesture divides the public area from the private ones and resolves all the demands of the ever complex domestic program. A unique continuous partition arranges each one of the premises. The external façades are completely dressed with curtains in order to reveal their identity, extending and abstracting the perception of the windows.

The pivotal doors are the main issue. While closed, they guarantee the continuity of the partitions on both sides. Being opened, they dissociate themselves from the partition, interrupting the original continuity in order to generate a new one, so that the connected rooms become one single space. The geometry and the diversity of configurations, together with the continuous movement of the sliding doors and wardrobe doors, give shape to the illusion of a tentacular organism.

The existence of a cross expansion joint inspires a noticeable modulation that articulates the plan and conceals the position of the mirrors. Strategically set out in order to avoid reflection and the suspicion of the attentive observer, there is a plentiful supply of them in order to increase the spaciousness. The flaring of the plan and the narrowing of the section of the thresholds preceding the main space pursue the same objective.” 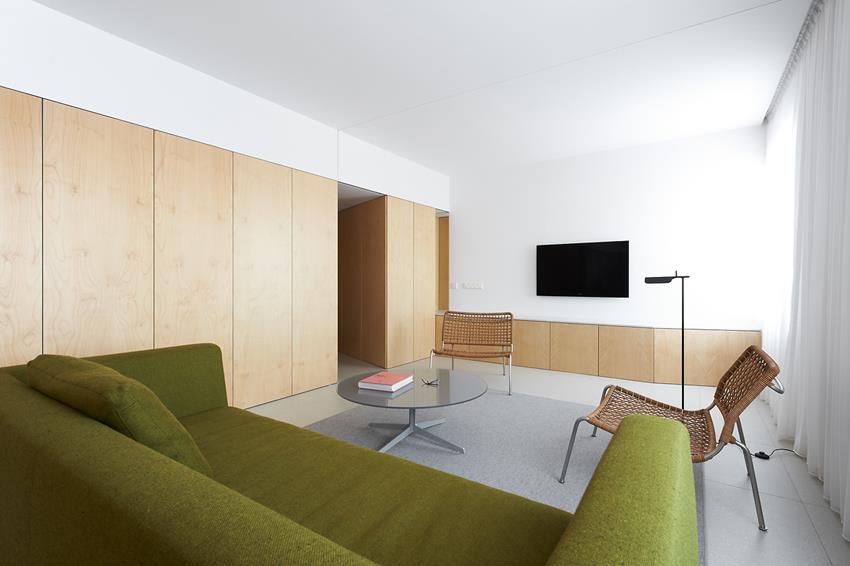 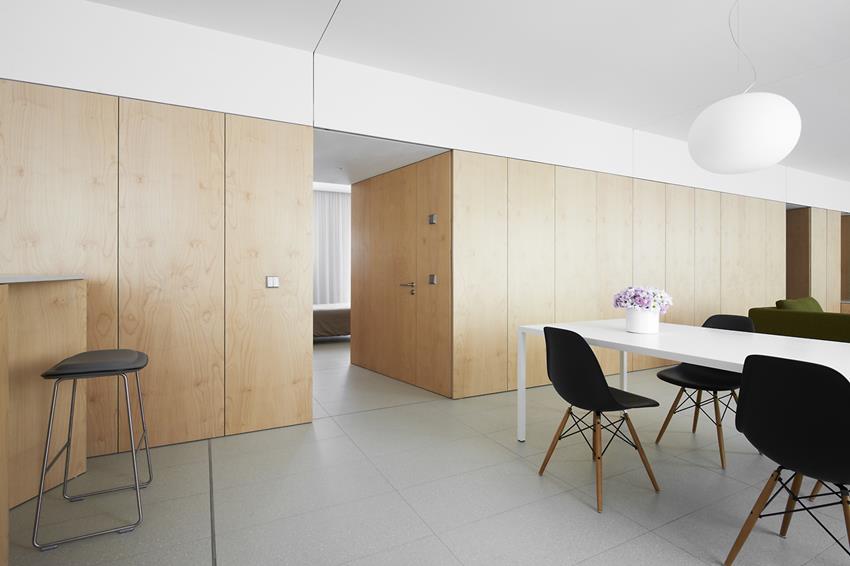 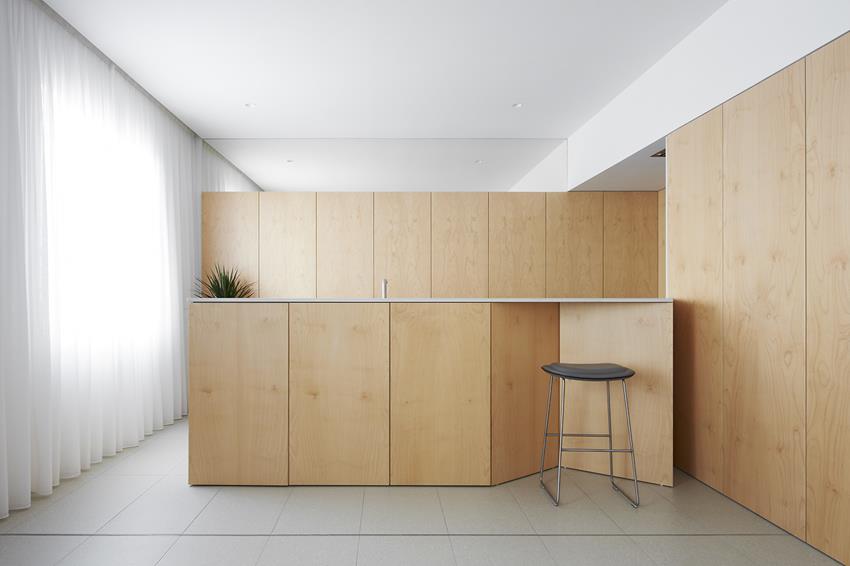 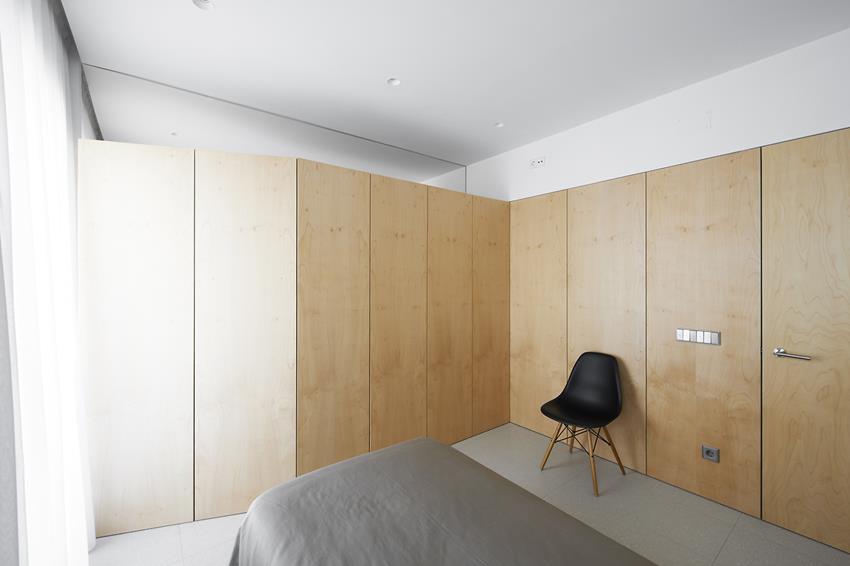 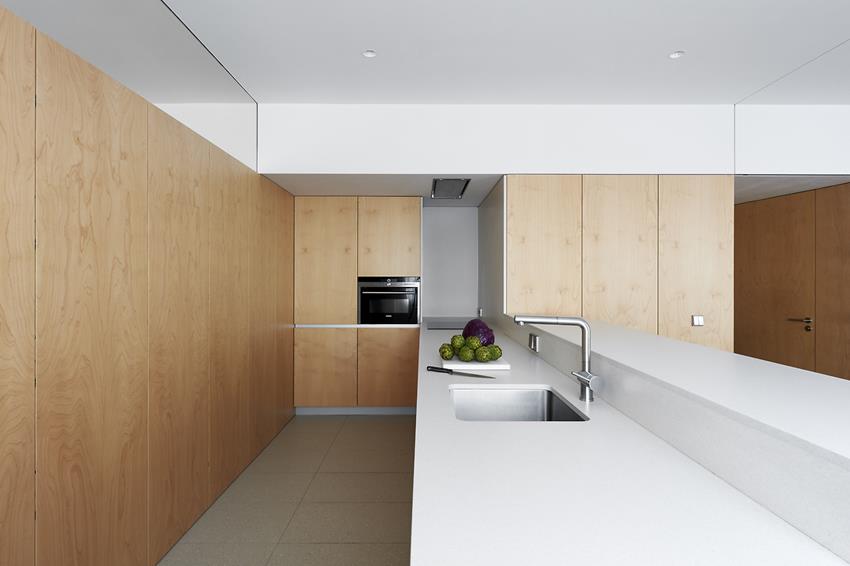 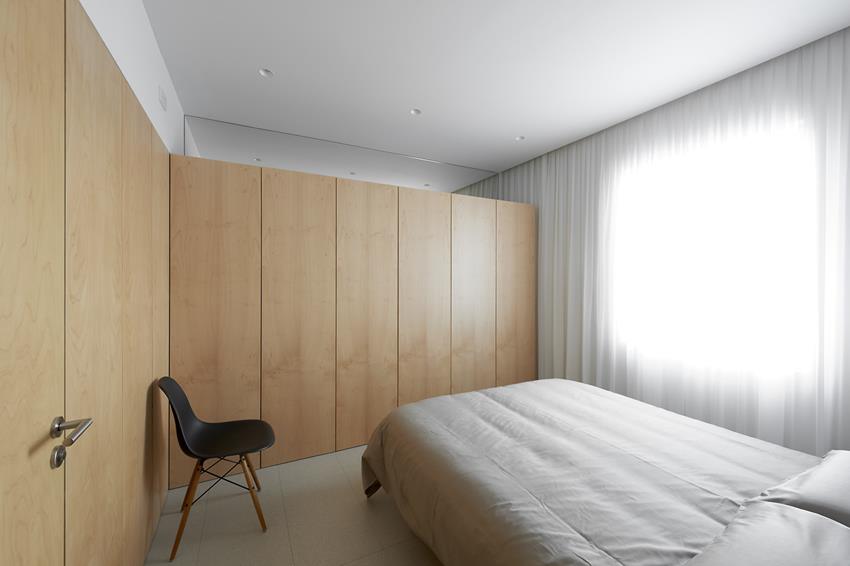 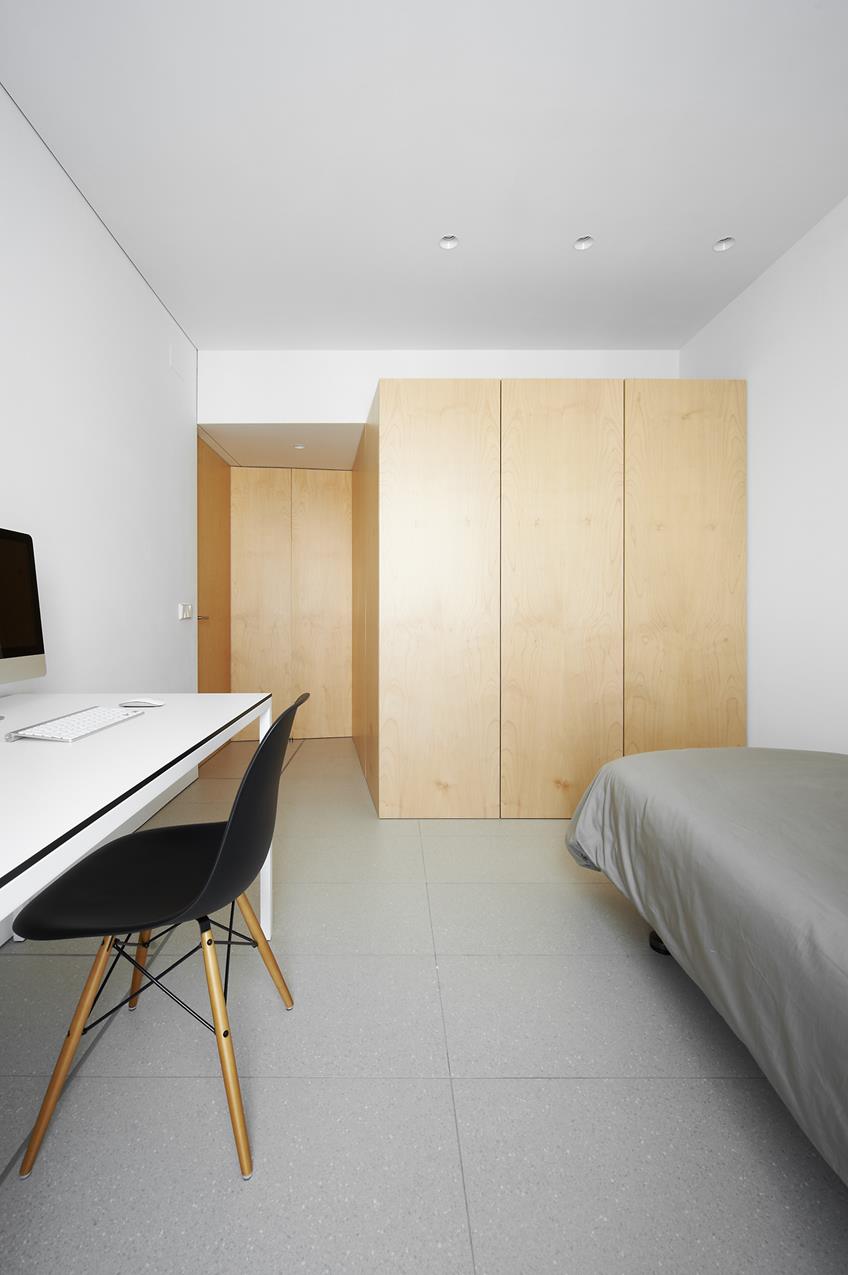 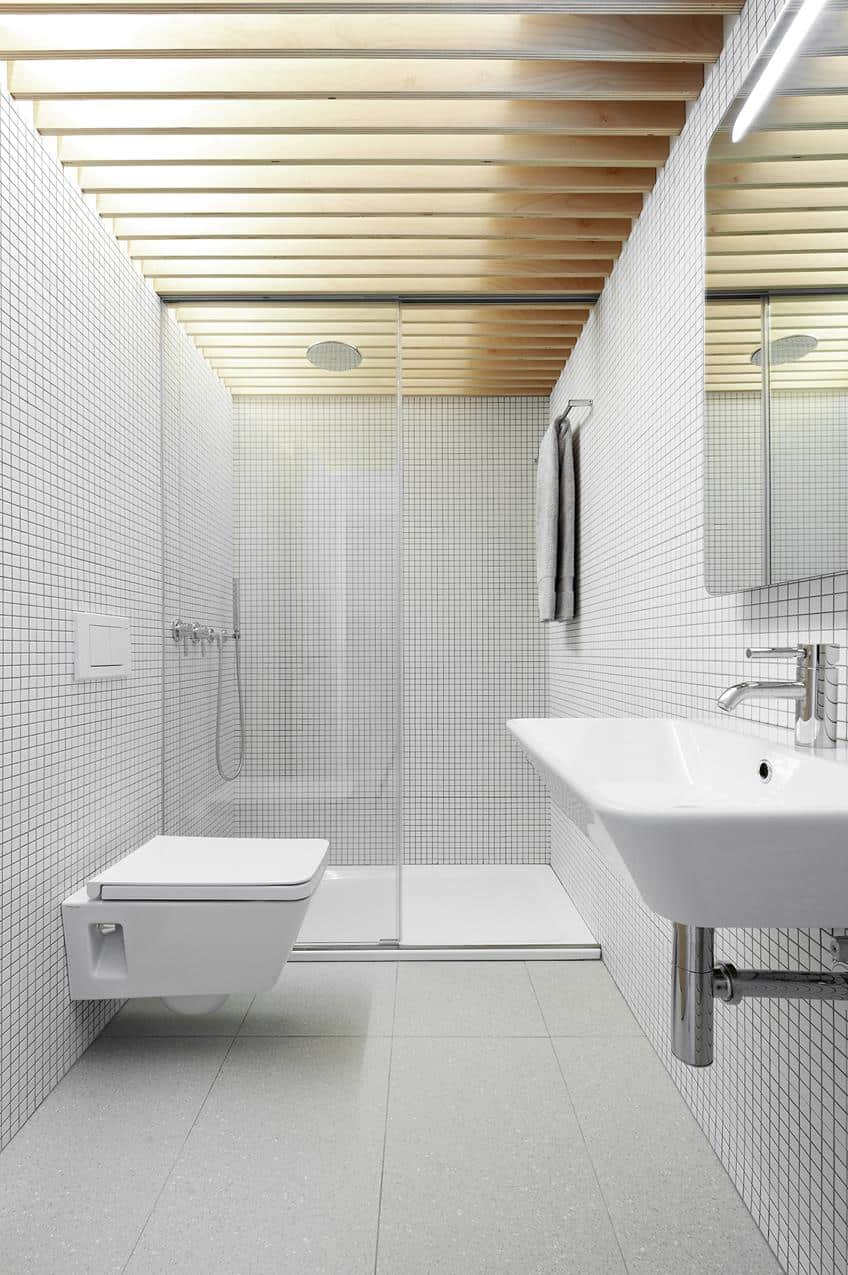 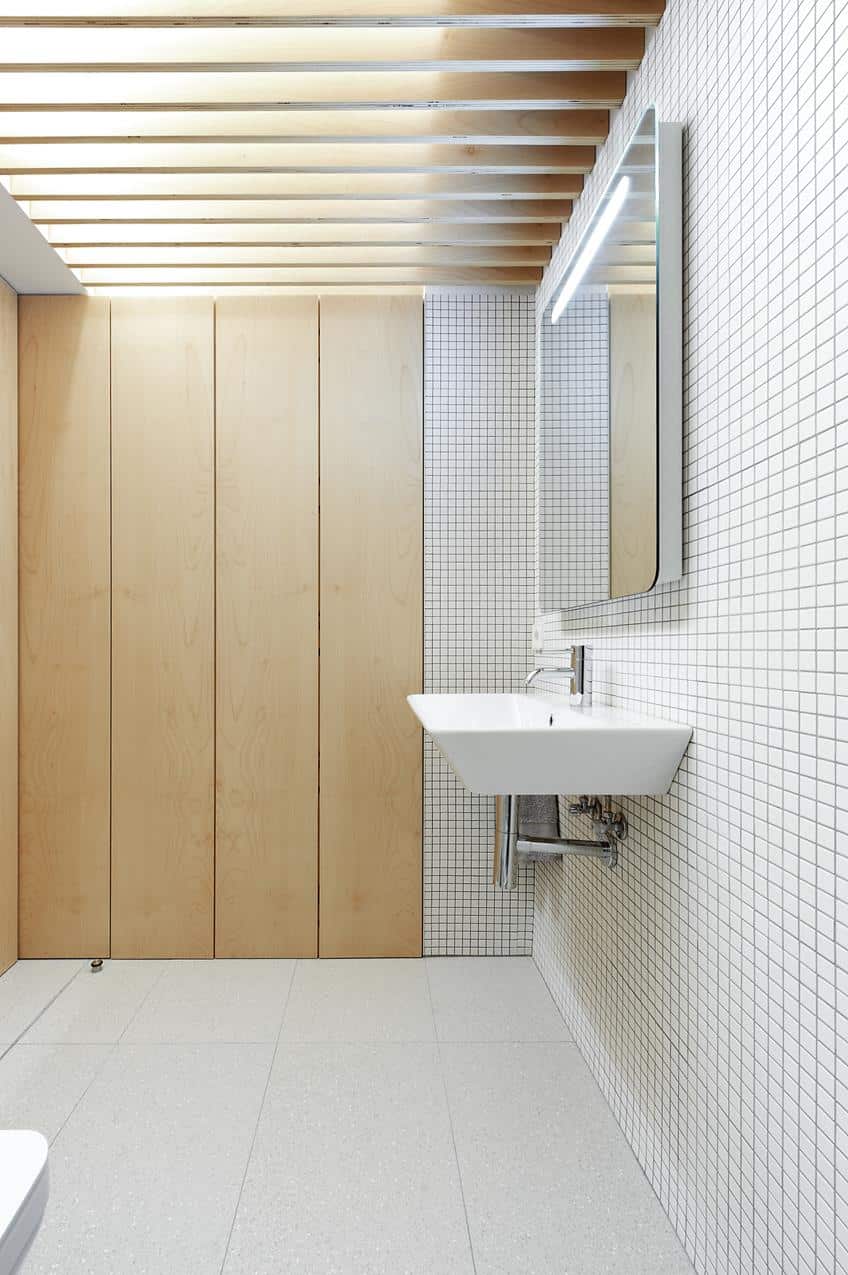 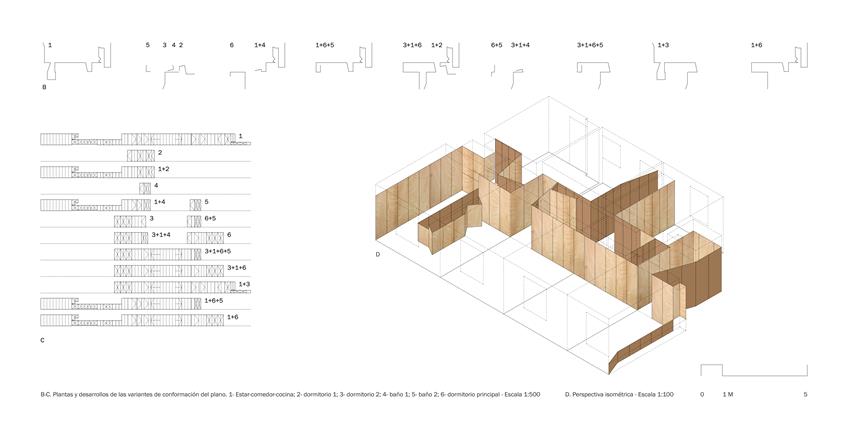