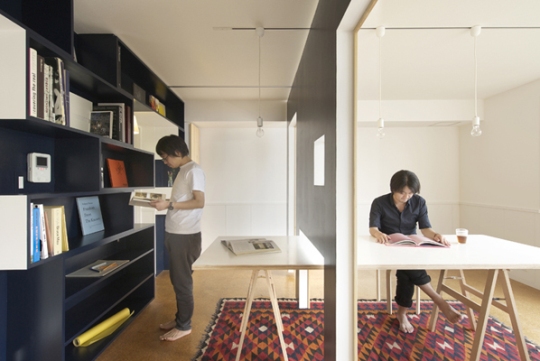 This apartment used as home and office was designed by Yuko Shibata in Tokyo Japan. It was actually a home and the owner wanted to use it as office also. So the designer created a movable structural wall which easily converts the space into home and office whenever needed. Let’s take look at this wonderful design.

“This room was previously used as a residential space. It was the owner’s intent that the floor plan could be changed to completely separate the living and office sections. This request was rendered impossible, due to the original structure being of box frame type reinforced concrete construction, with almost all walls acting as supporting building frames. The addition of two bookshelves, each with a large door, allowed us to create a space with the ability to adapt from home to office or from office to home, while leaving the original floor plan intact. The first bookshelf was added to the meeting room. By moving the large door, the meeting space can be divided in two. The space on the side of the bookshelf becomes a library. The large door also includes an opening in order to allow it to pass over the dining table. In this way, the table is shared between the library and meeting spaces. The second addition was in the bed room. The opening of the bookshelf creates a passage making it possible to approach the shelf from the office, without passing through the bedroom. When the door is opened, it creates a partition between the bedroom and study, and also has the effect of changing the space to a library.” – Yuko Shibata. 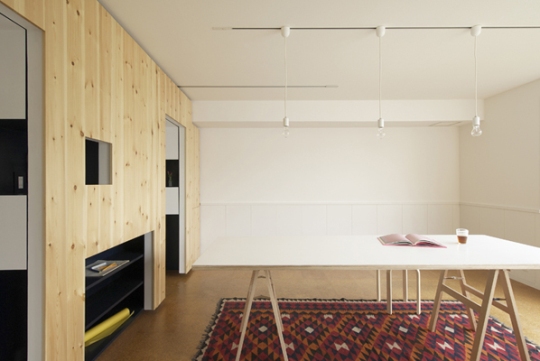 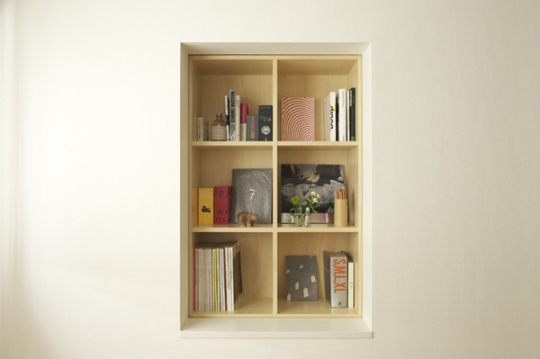 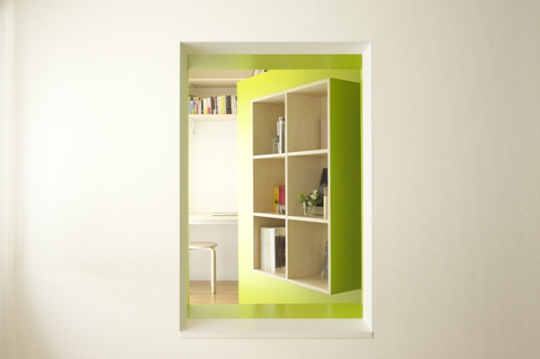 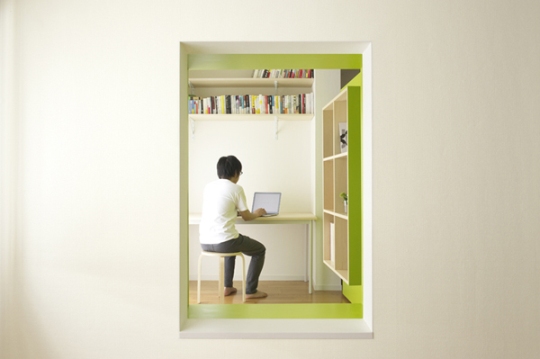 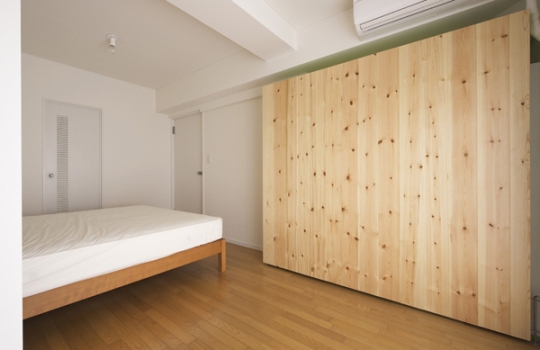 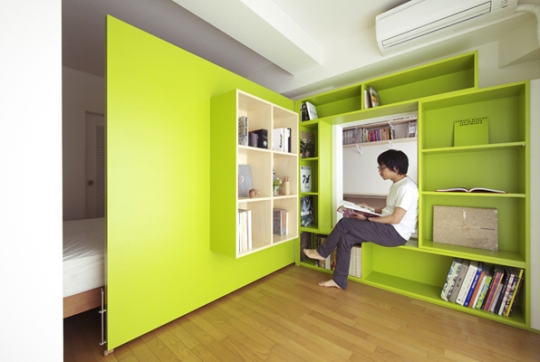 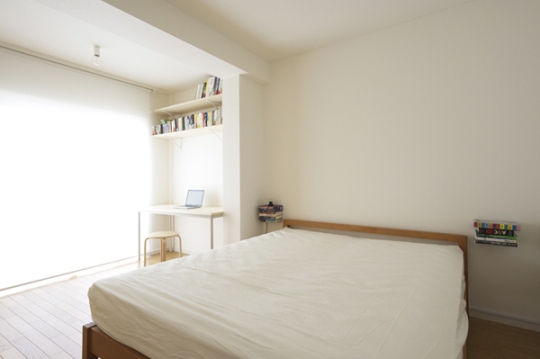 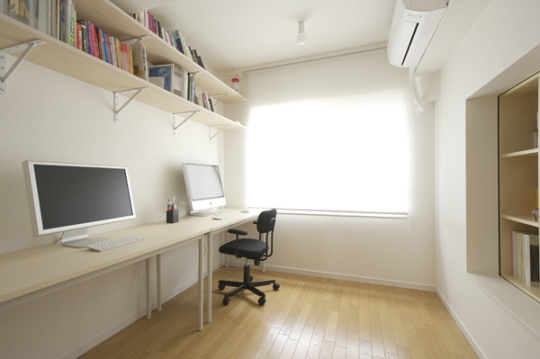 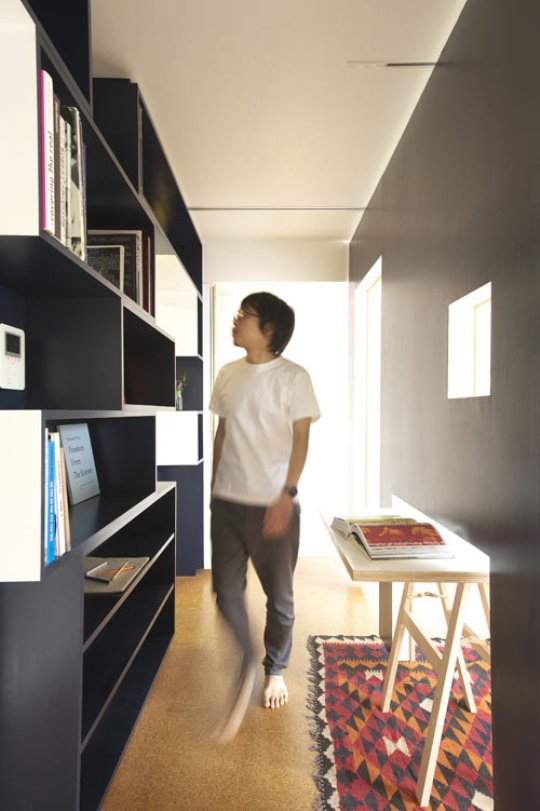 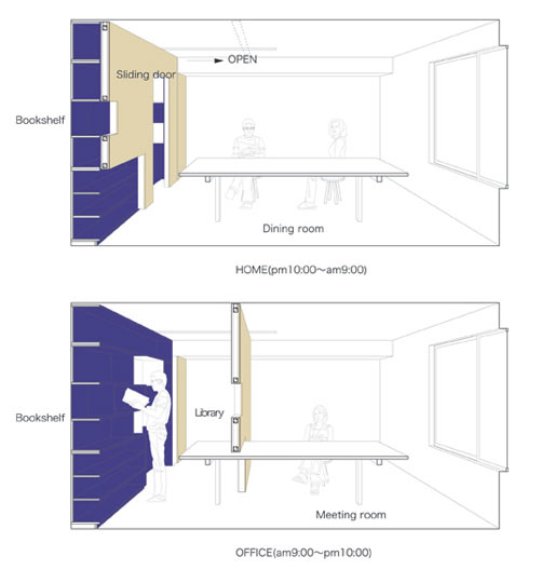