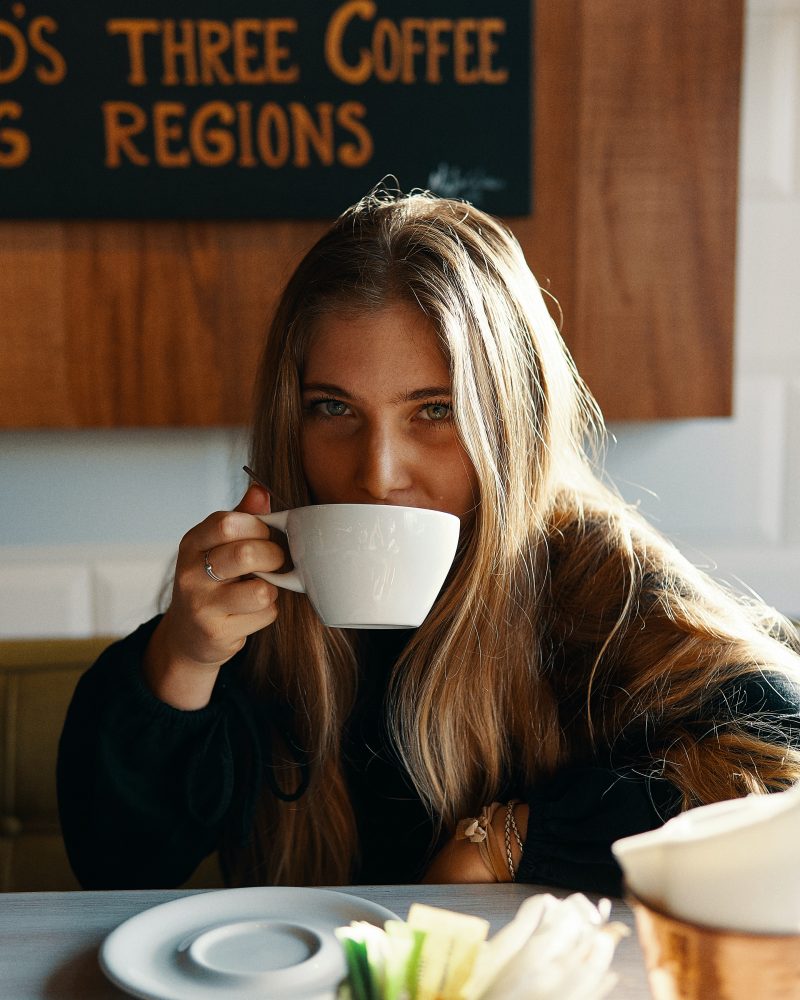 We cover all things home and interior design, and we’d lie to you if said all this research wasn’t powered by coffee.

With most of you who drink coffee averaging 3 cups a day, we know you are too!

Coffee is an everyday essential and is something people, especially people in America, are obsessed with. Many can not start their day without their magical cup of energy that keeps them warm and fuzzy inside and quite awake.

Whether the coffee is brewed, iced, or in a latte form, about 2 billion cups of coffee are consumed each year. Now that is a latte coffee! See what we did there?

So calling all coffee lovers! Here are all of the amazing coffee statistics you need to convince yourself that your coffee addiction is healthy. How many coffee facts do you know about your beloved cup of joy?

1. There are 100 million daily coffee drinkers

2. People drink on average drink 3.2 cups of coffee a day

Men and women drink close to the same amount, but women tend to care more about the price. It sure does add up with the average cost being $2.38 to $3.45 per drink.

3. 65% of coffee drinkers prefer to add sugar and cream while only 35% prefer their coffee black

It looks like more people are leaning more towards sweetness in their coffee beverage. Adding in milk or cream definitely enhances the texture and takes away the bitterness that comes with coffee. Along with the texture is obviously the taste and well thank goodness for these sweet add ins that give coffee that extra pizzazz.

4. There is a chance that you can overdose on coffee

Avid coffee drinkers beware. You would have to drink about 30 cups in a short period of time to get a caffeine overdose, so do not worry, but do be careful. The symptoms are serious and include vomiting, altered consciousness, abdominal pain and could even lead to seizures. Be aware of combining other caffeine drinks with coffee which will increase this likelihood. According to a recent study by the medical literature, between 1959 and 2010, there were about 45 caffeine related deaths reported.

5. If you drink coffee you are more likely to live longer

A Harvard Health Publishing has linked moderate coffee consumption which is about three to four cups a day with living longer. According to the National Cancer Institute, researchers suggest that coffee drinkers overall were found to be about 10 percent to about 15 percent less likely to die in comparison to non coffee drinkers during a 10 year follow up . Some studies suggest the substance inside of coffee might even reduce inflammation and improve the way the body uses insulin which could in turn decrease the likelihood of diabetes. Well, get the coffee brewing to start adding days to your life.

6. Decaf does not actually mean no caffeine

Now this one must have surprised you, an eight ounce decaf brewed cup of coffee contains about two to twelve milligrams of caffeine. So the decaffeination process removes 94 to 98 percent of the caffeine.

7. Brazil has the most coffee grown in the world and only two US states grow coffee

According to the International Coffee Organization, Brazil is third of the world’s largest producers and Vietnam comes in second place. California and Hawaii are the only two states that harvest coffee beans and have farms due to their climate.

8. Older Americans consume the most coffee

74% of seniors who are 55 years old and up are the biggest coffee drinkers and have at least one cup of coffee per day.

9. Millennials are driving a trend in gourmet coffee consumption

Did someone say starbucks? Millenials and the newest generation of regular coffee drinkers tend to consume gourmet coffee and go for cappuccinos and lattes.

Now that will keep you up alright. The caffeine amount has different factors that could affect it like the type of coffee bean, the way it is roasted, the type of coffee, and the serving size. In a brewed cup of coffee of 8 ounces there is about 70 to 140 mg of caffeine. For Espresso, there is generally about 63 milligrams of caffeine and this doubles as you add in your double shots of espresso. Instant coffee usually has less caffeine than the regular with roughly about 30 to 90 milligrams of caffeine.

11. America imports over 27 million 60kg bags of coffee every year

America definitely loves its coffee and lots of it. In order to keep up with the demand this has to be done.

12. The Netherlands is where coffee is the most popular

Shocker alright, next up comes Finland and not the United States. America is famous for running on coffee, but not in comparison to the Netherlands where it looks like they do more than just run on coffee they live and breathe it.

13. Coffee was originally chewed not sipped

African tribes in history used to consume coffee by eating it. They use to combine it with berries and grind it all together, even adding in some animal fat.

14. On average, $1000 is spent every year on coffee by average Americans

The key word here is “average” in this statement. Now imagine those that are not average, they probably spend even more a year. With Lattes and fancy cappuccinos adding up each year or even every month with new trends, these costs will only grow higher and higher over the years to come.

You saw the statistic about how drinking coffee could extend your life, now did you know this could also extend your furry little friend’s life as well? The oldest cat was a 38 year old kitten named Creme Puff who drank coffee every morning.

16. Kopi Luwak is the world’s most expensive coffee and it comes from animal poop

Yes you read that right. Kopi Luwak sells for up to $600 per pound and its production comes from a wild animal, the asian palm civet, who eats this red coffee cherries and can not digest it so the beans pass through without being fully digested and a brave coffee farmer collects them from there. Now this is an interesting journey.

17. Even though coffee is a diuretic, you do not lose more fluid by drinking it

Coffee is known to be a diuretic but it will not dehydrate you causing you to lose more fluid. Not everyone has the same reaction to caffeine, this all depends on your body’s ability to metabolize the caffeine. However drinking coffee does not cause serious dehydration, but you should still maintain a good and healthy hydration.

Plot twist right here. Coffee beans are called beans because they resemble them but are not actually beans. Looks like we’ve all been drinking fruit this whole time.

Looks like it won’t just be fueling you! Scientists have turned ground coffee into bio diesel which might fuel your car one day. The future looks great, you and your vehicle will indulge in coffee goodness.

20. Your coffee will remain warmer when you add cream

Although it will only stay warmer for about 20% longer, it is definitely worth it. This is especially true with black coffee because it is darker and dark colors absorb heat a lot faster than light colors and they also emit heat faster.

29. Dark Roast and Light roast have a similar amount of caffeine

Sorry to break it to you, but these are the facts.

30. In Italy the average of the baristas is 48 years old

Not your typical young starbucks barista, but hey at least they have experience and will most likely not mess up your drink. Off to Italy we go.

Some of these statistics may have been surprising, but now you have all the more reasons to continue drinking coffee on the daily and regardless coffee is a great way to give yourself a boost of energy.

Which statistic was your favorite?