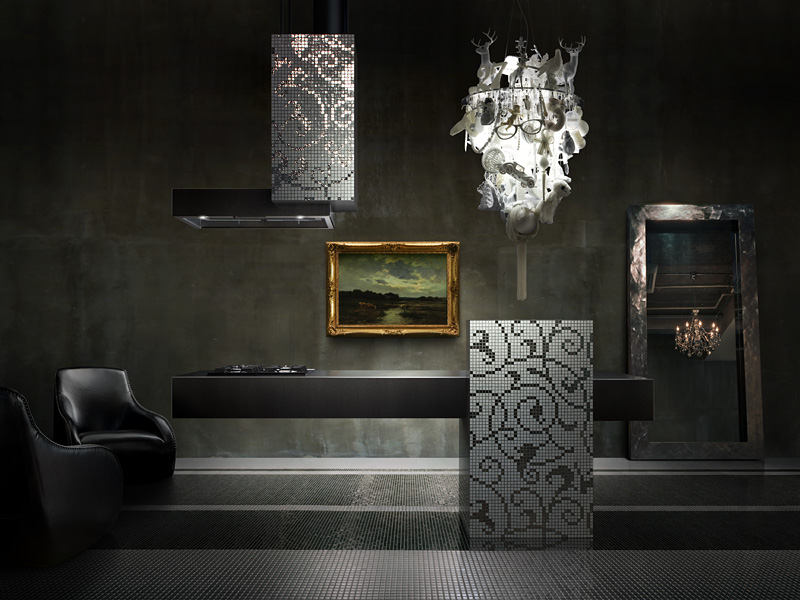 ISOLA Linear is a versatile kitchen designed by Japanese company Toyo Kitchen. The kitchen uses a cantilever structure in its form to emphasize its beautiful configuration, while also featuring Venetian glass mosaics from Italy, as well as etchings. “Linear” is a model worthy of being called an interior objet d’art, its artistic beauty transforming the idea of interior by transcending the bounds of the simultaneous pursuit of function and design. 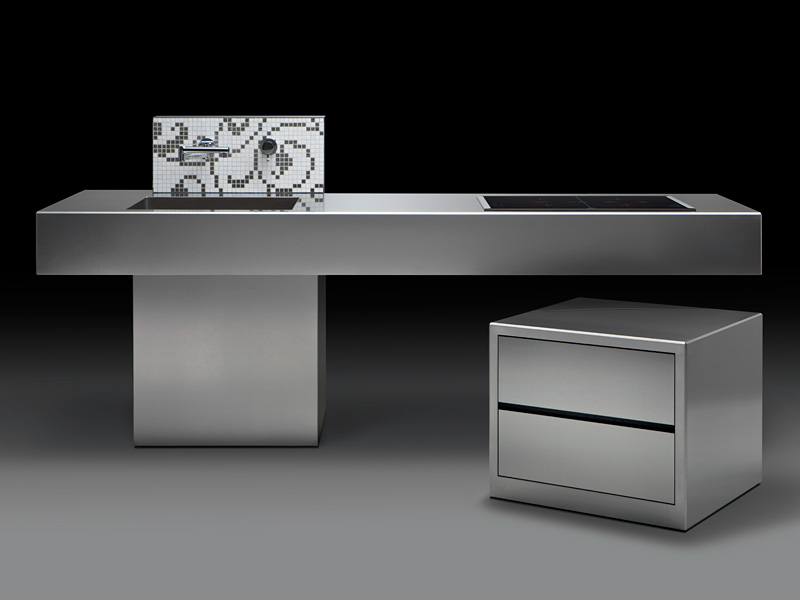 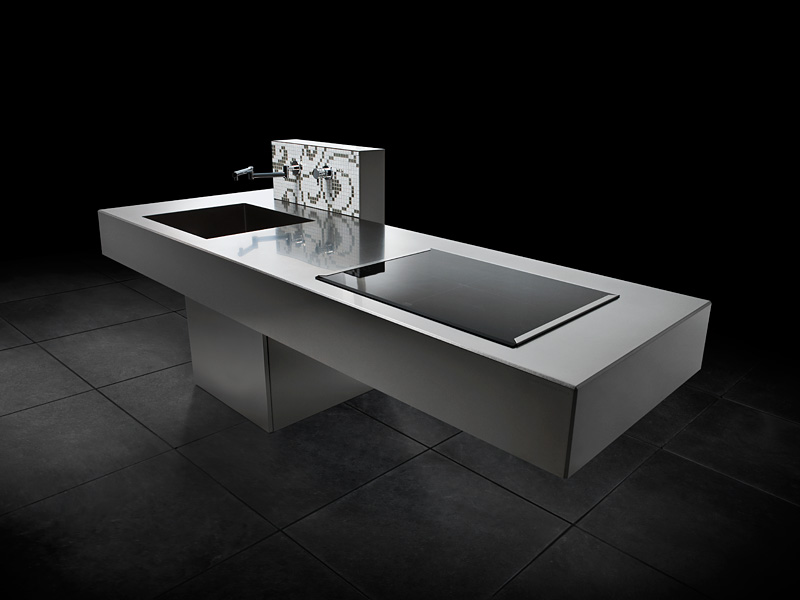 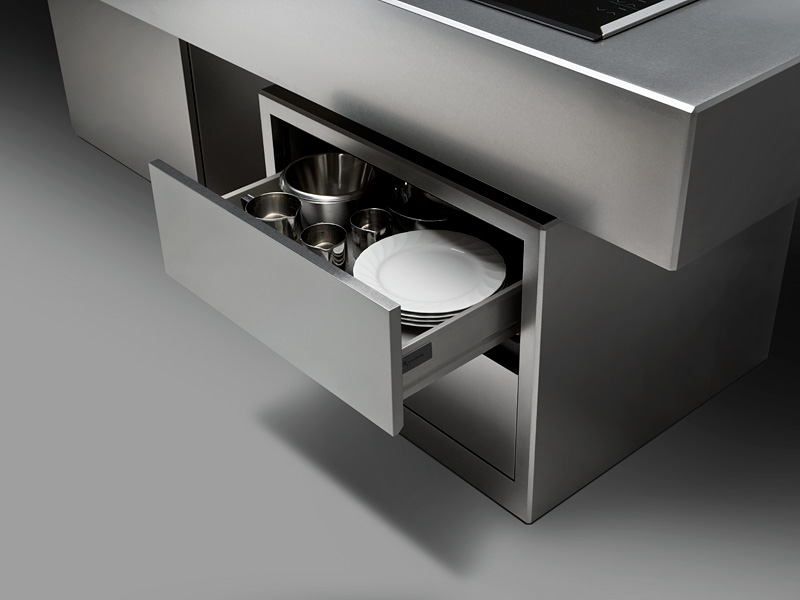 In designer’s words, “In the “Linear” model, the range hood is carefully designed to realize a complete connection with the kitchen. Sharing of the same design with the base kitchen has led to an artistically designed hood that rejects mere functionalism. Venetian glass mosaic is adopted as a decorative element for the first time in the kitchen industry worldwide. Another type of decoration, called “Tattoo,” is also available, in which the stainless steel is etched; it comes in a variety of pleasant and beautiful patterns, including Chandelier, Skull and Dog. 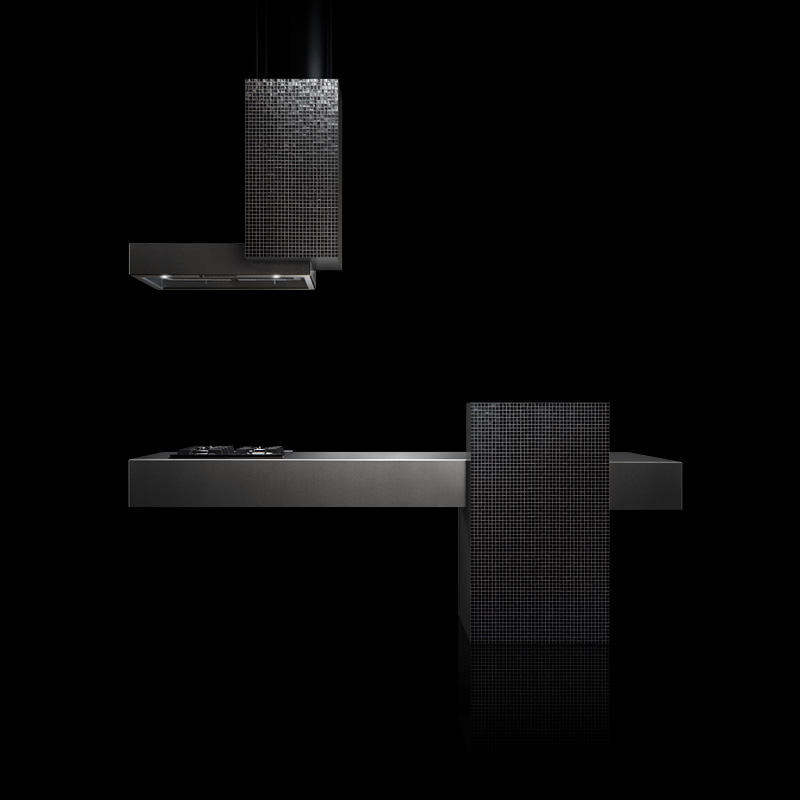 The idea of the kitchen embraces more than simply “a place for cooking.” Toyo Kitchen trusts that the kitchen also plays a significant role as a space where people enjoy life through eating. Linear serves to suggest a new type of lifestyle–to “live in the kitchen.”” 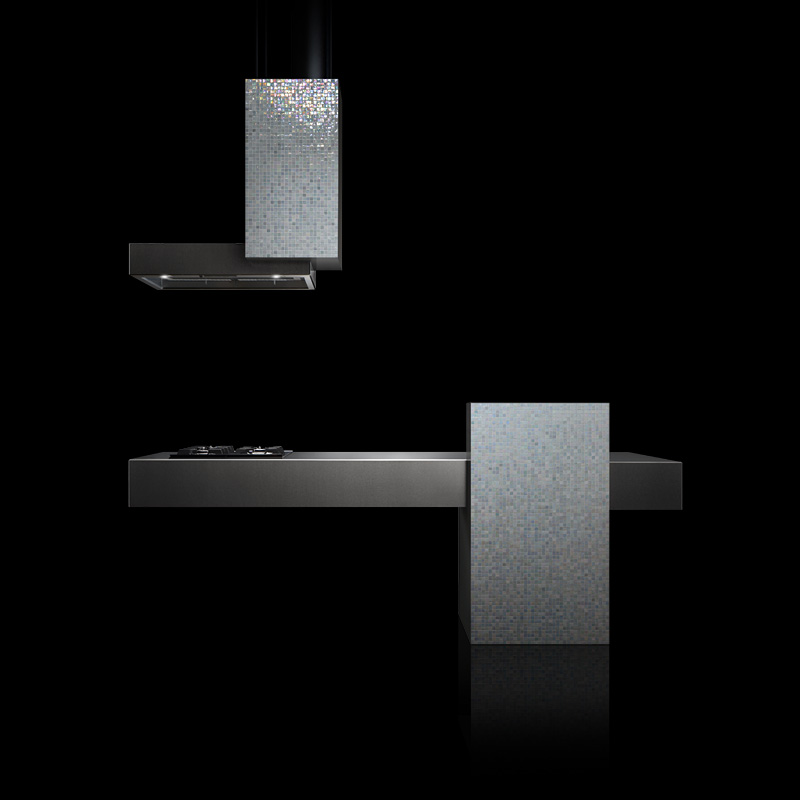 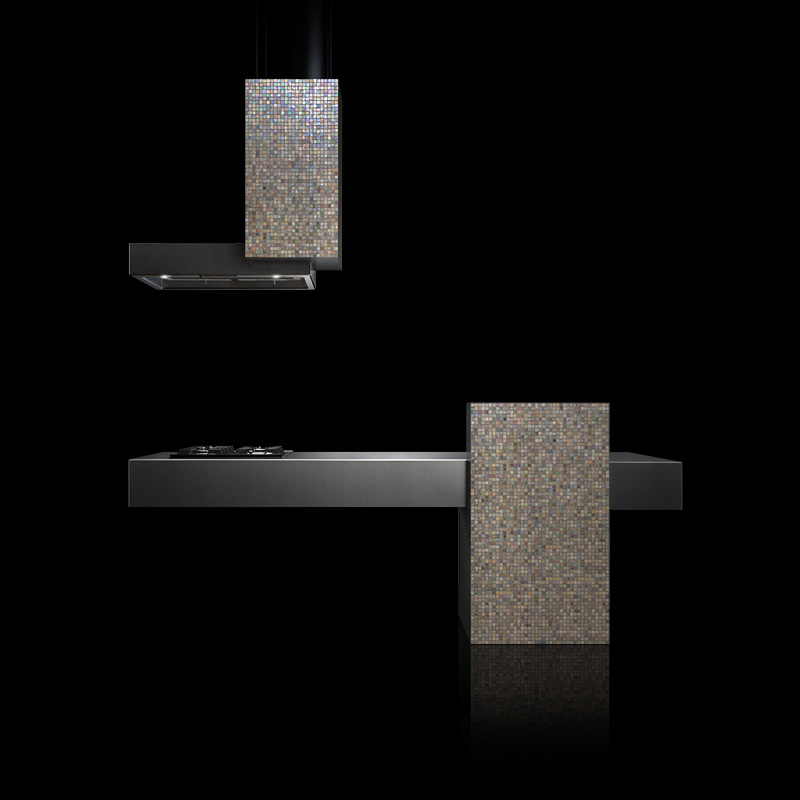 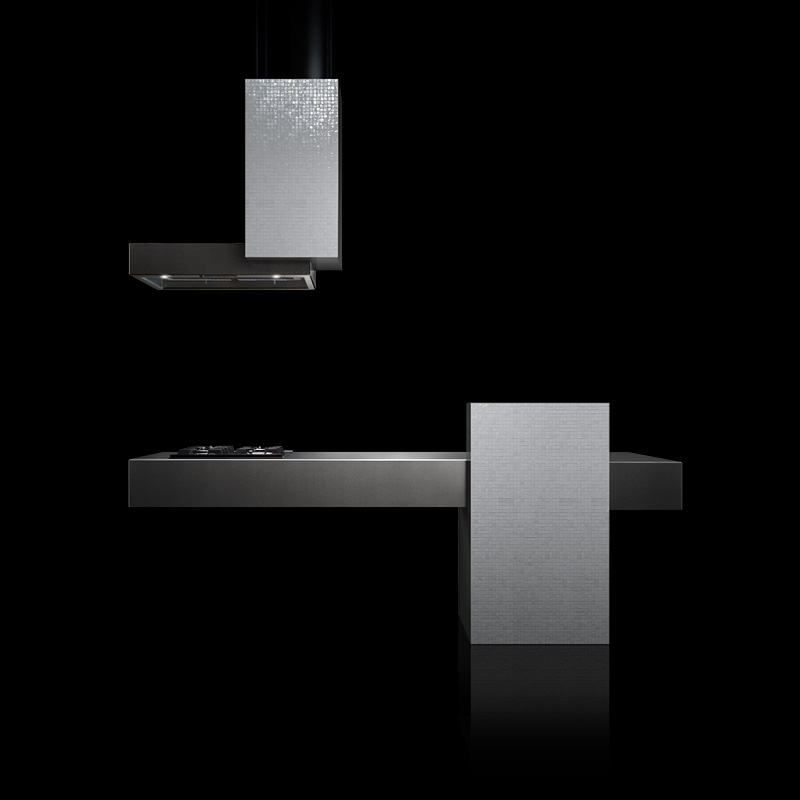 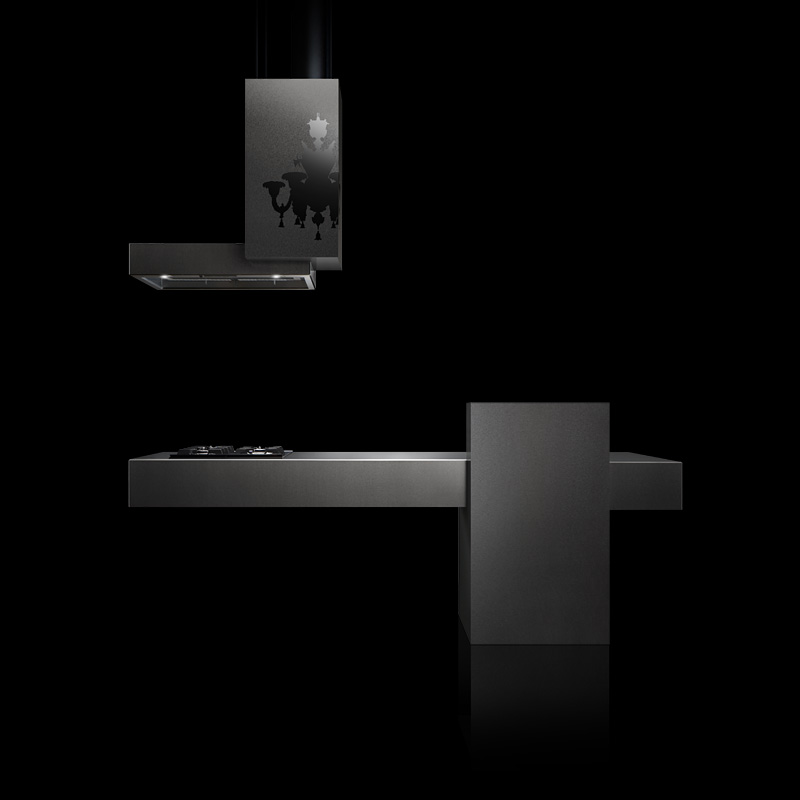 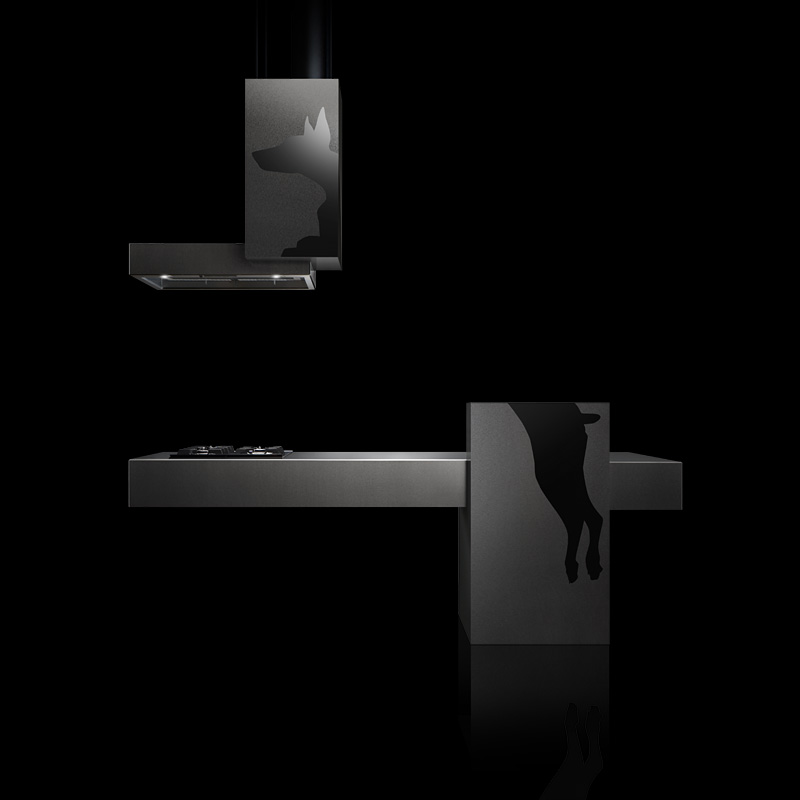 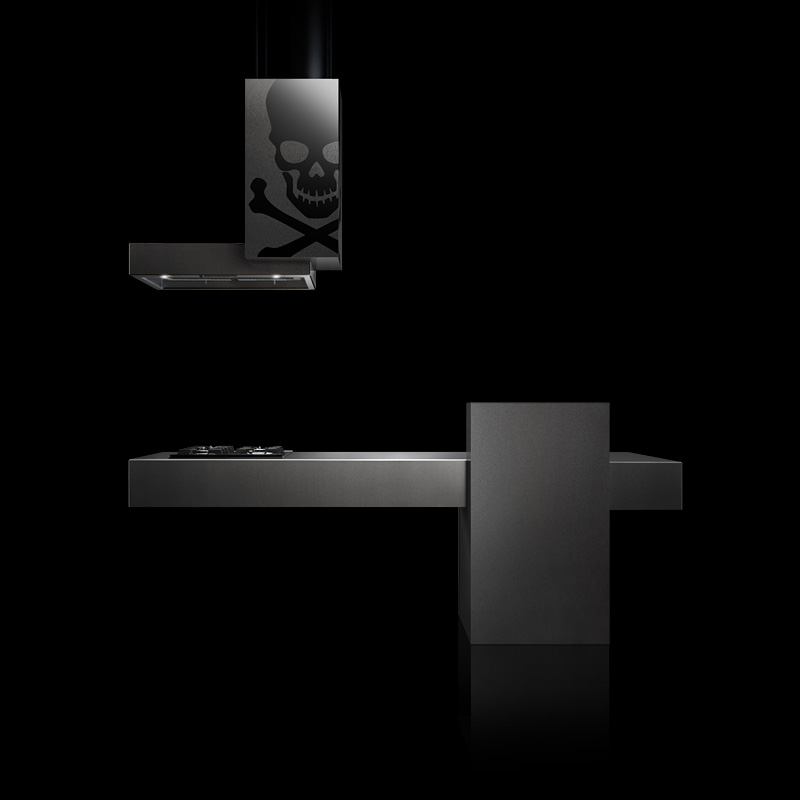 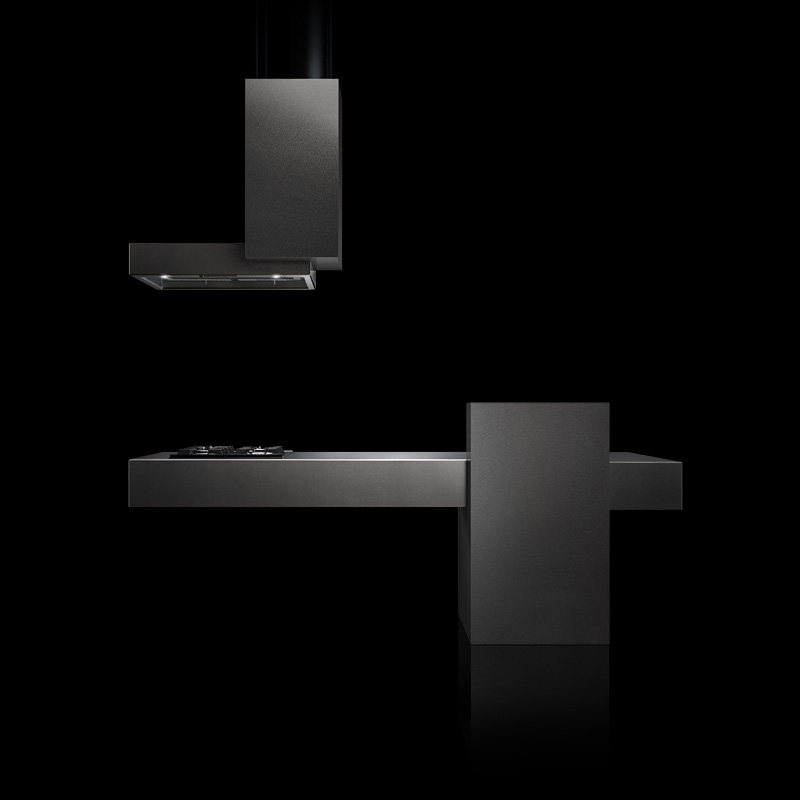