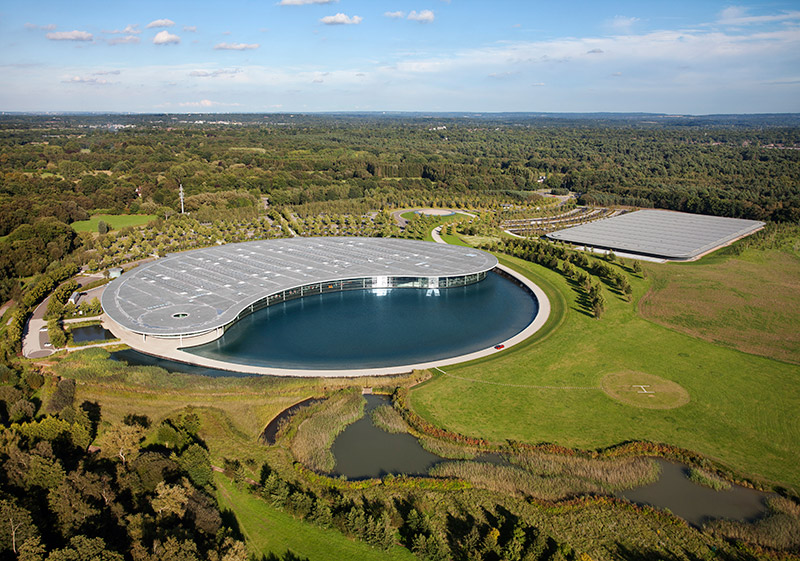 Foster + Partners has designed a new production centre for the British sportscar company McLaren Automotive in Woking, Surrey. Located to the south-west of the existing McLaren Technology Centre, also designed by Foster + Partners, the 34,500 square metre production facility will house the assembly of all future McLaren road cars. The technology centre and the production centre are connected by a subterranean walkway and share a common language of details and materials. 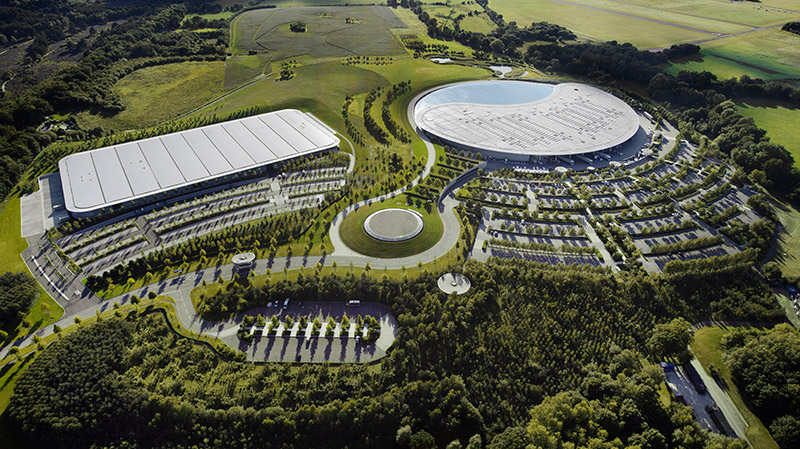 Here is a description from the architects, “As a manufacturing facility, the building is inherently flexible, with a wide span between columns and fully integrated services. The linear arrangement of the two-storey structure mirrors the flow of the production line: components are delivered; the cars are assembled, painted and tested, and then pass through a rolling road and car wash, before leaving the building. Beneath this floor there is a full basement level for storage and plant and above is a mezzanine floor with views over the production line. Every stage of production takes place under the same roof. Initially it will take 10 days for an MP4-12C to be assembled; at peak production it will be possible to build one in five days, with a new car joining the line every 45 minutes. 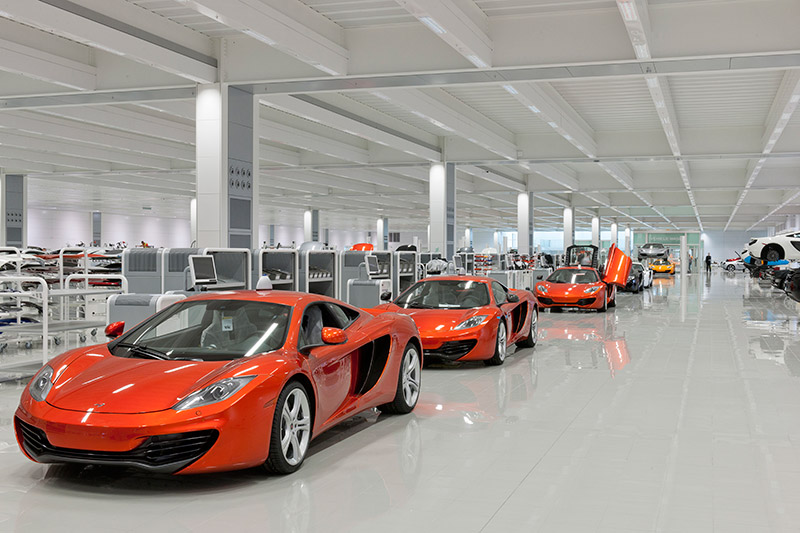 Although the McLaren Production Centre represents a major increase in McLaren’s capabilities at its Woking campus, the building is dug into in the gentle incline of the site, to give it a discreet presence in the landscape. The lower floor is sunk completely below ground and the superstructure is almost invisible from the nearby road, with further screening provided by extensive tree planting. 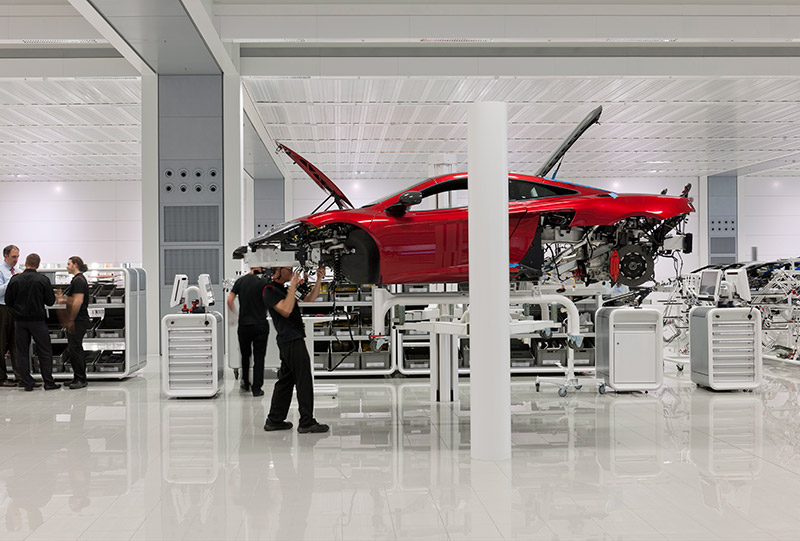 The new McLaren Production Centre is designed to be environmentally efficient. The roof collects rainwater and has been designed to integrate photovoltaic panels in future; and the building incorporates a low-energy system of displacement ventilation. No soil was removed from the site, and all excavated material has been used to conceal the building within the green-belt landscape.” 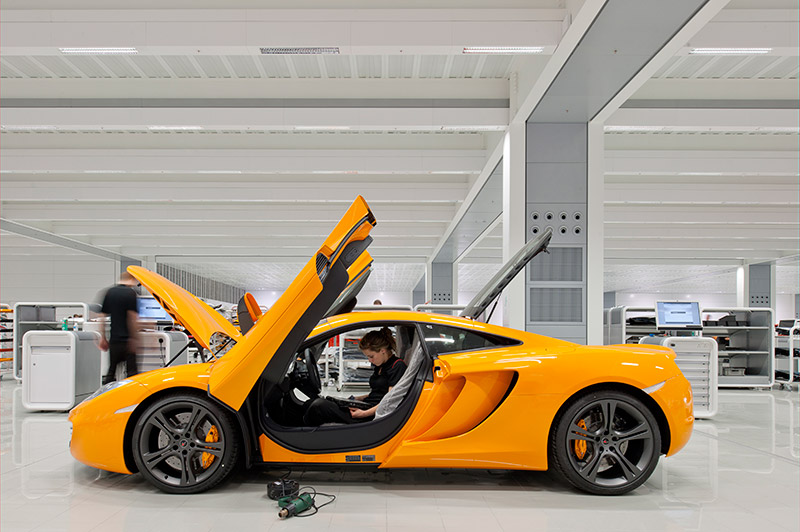 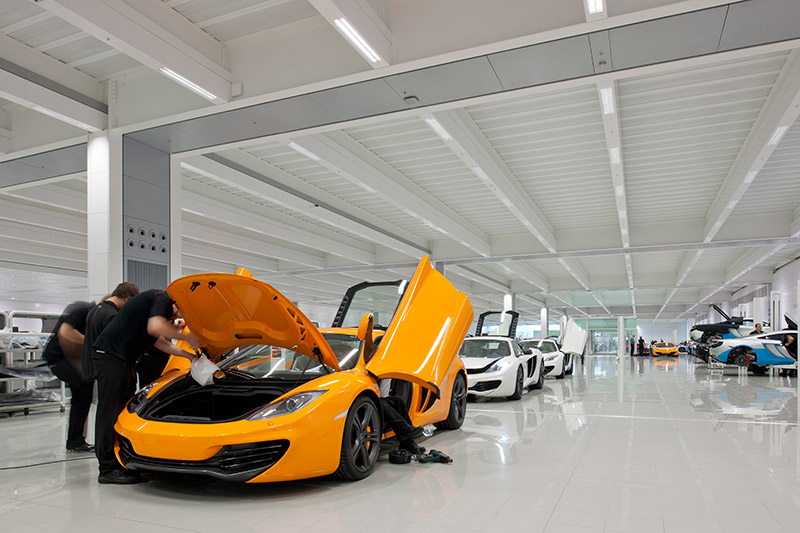 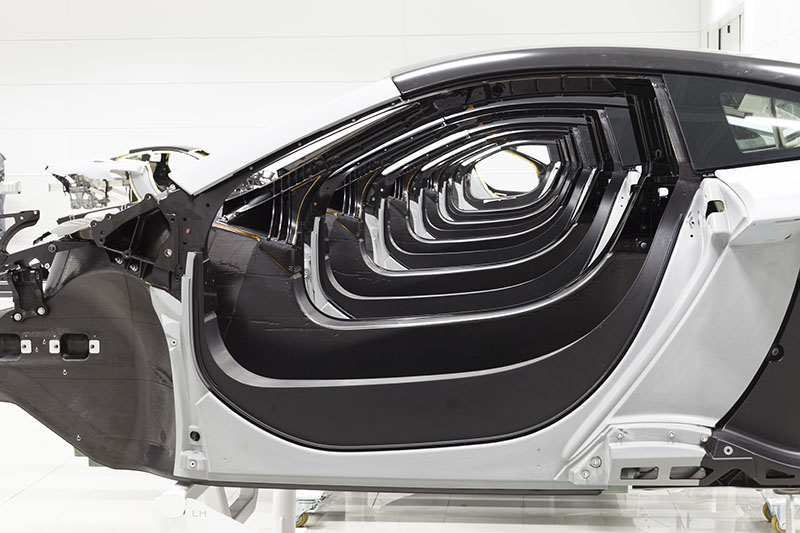 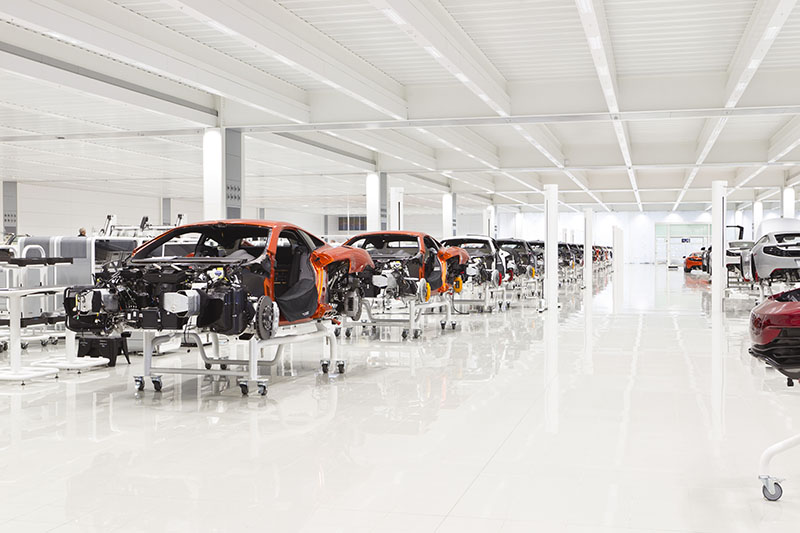 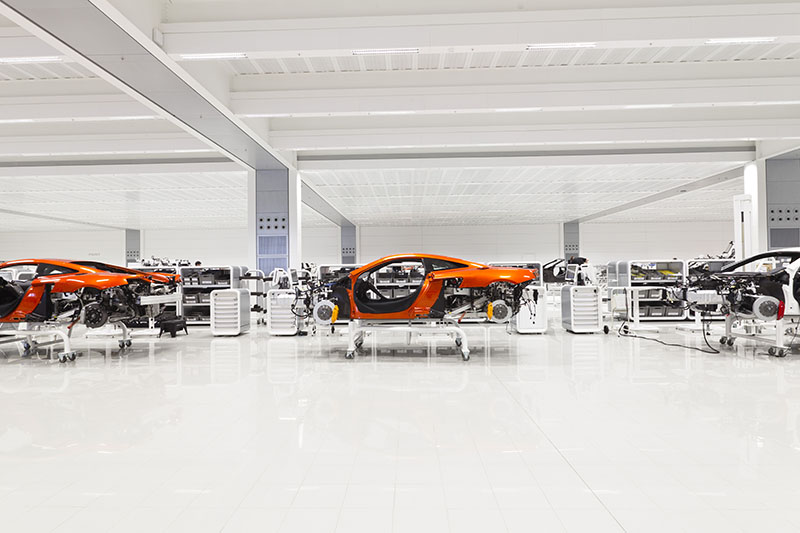 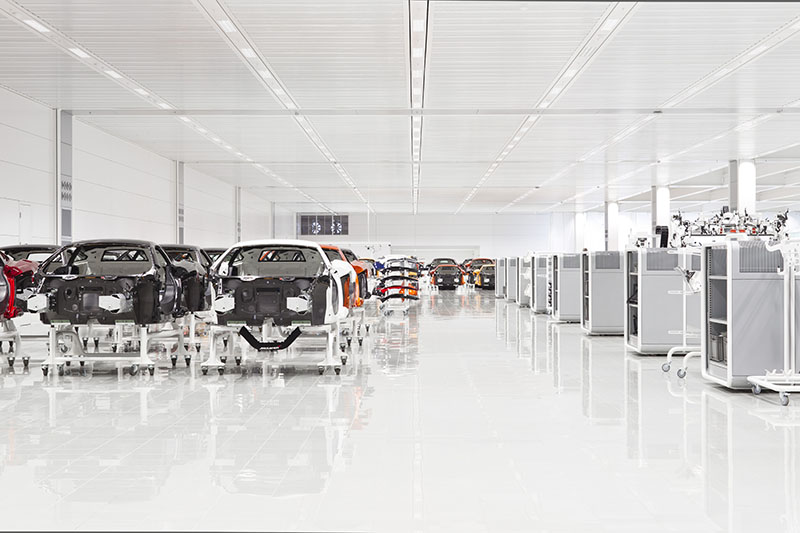 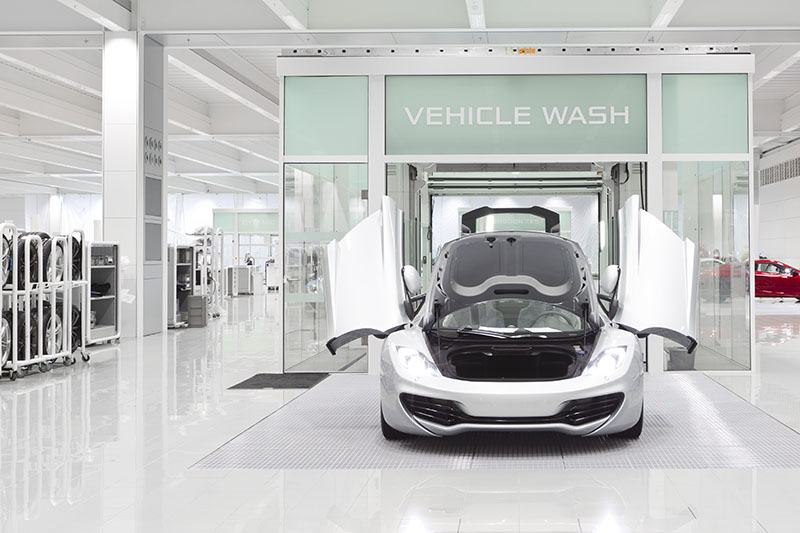 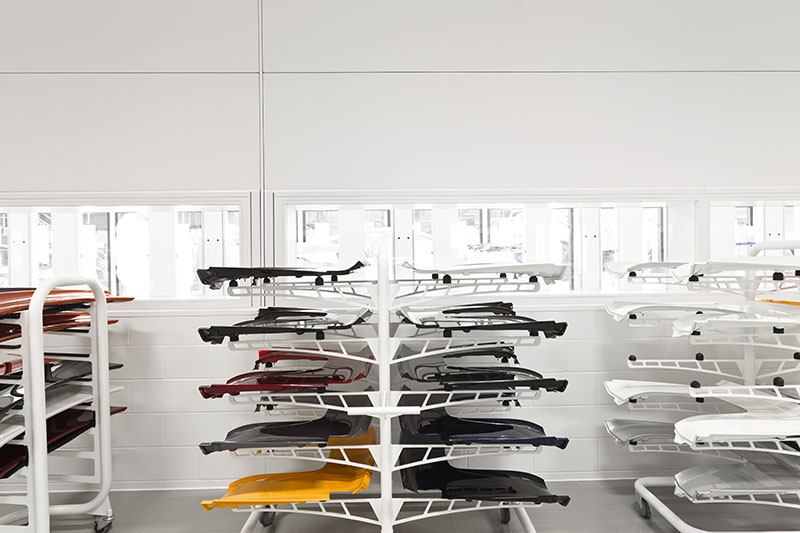