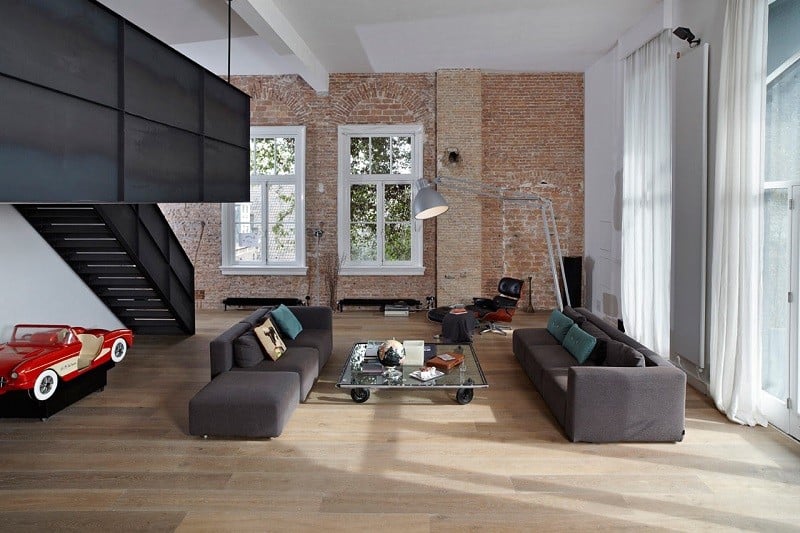 This old apartment that lies on the Dutch channels was restored and redesigned by the architectural studio Witteveen Architecten. The Canal House is an example of interior that establishes dialogue between the new modern elements and the old original features of the space.

Canal House has an interior accented by spacious rooms and large windows that create a sense of fluidity and freedom of movement. The apartment features walls with their natural, rough texture and metal elements that give the interior an industrial charm.

After the renovation, the apartment with significantly high ceilings got an extension forming a new level in the space intended for bedroom and bathroom. This way, the lower floor is reserved for the kitchen, dining and living room and second floor for the more intimate spaces.

A striking design move is that the architects created the extension following the contours and shapes of the original architectural structure and retaining its existing stable pillars. The team played with the original architectural skeleton with classical pillars of the old apartment and created the internal extension with stairs and wall panels of black metal, making it an excellent contrast between the old and the new character of the space. 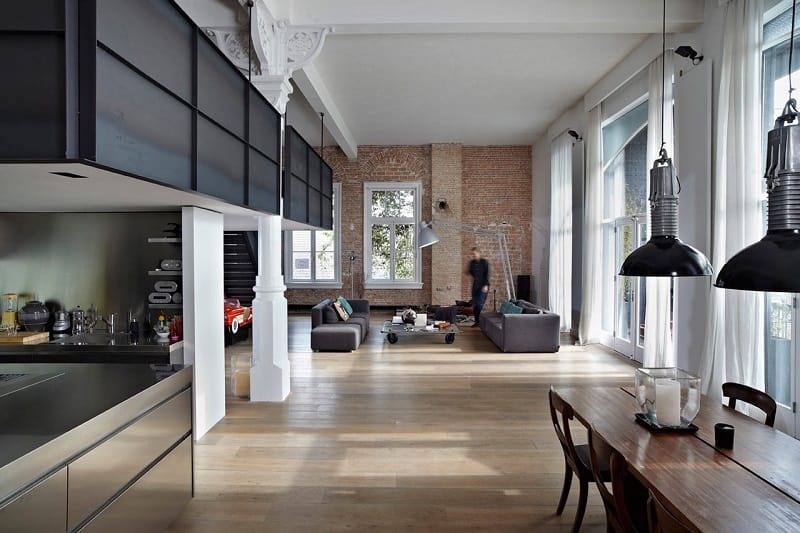 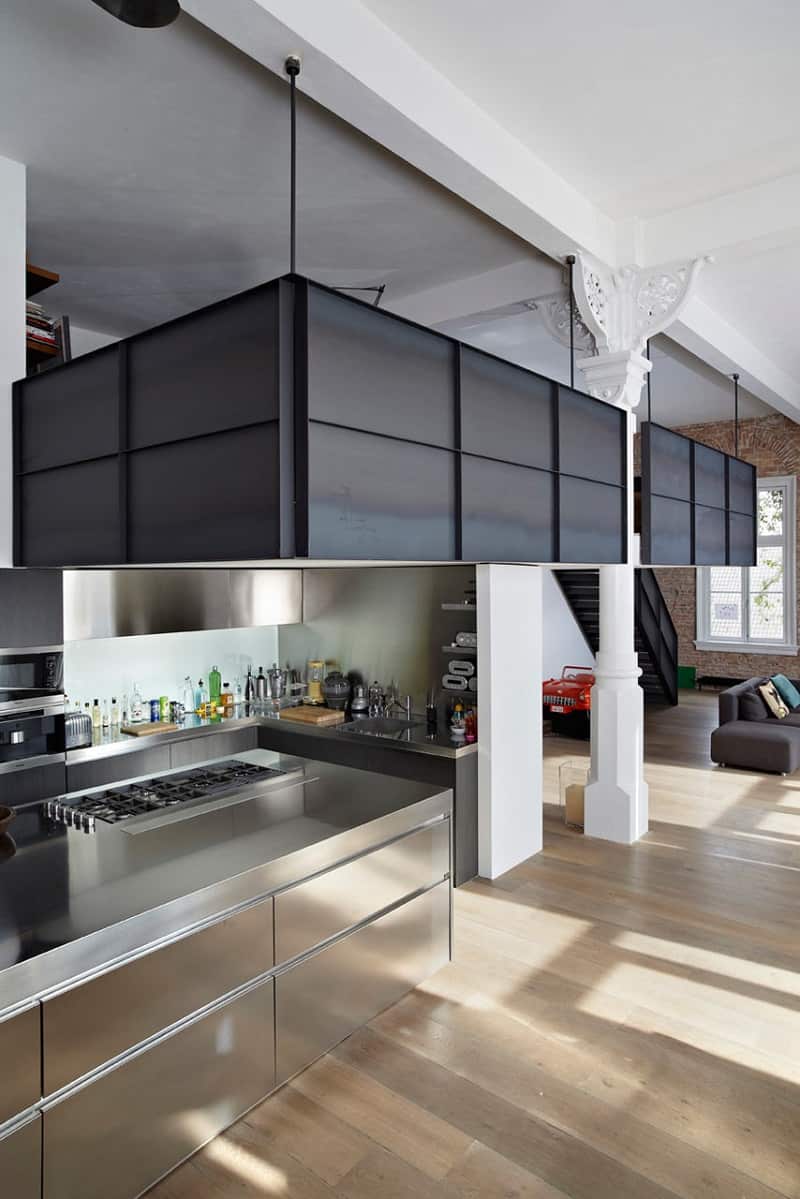 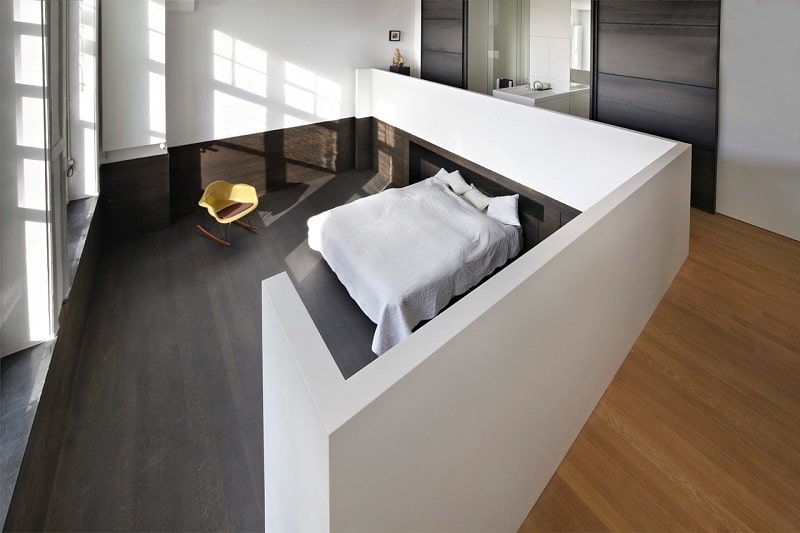 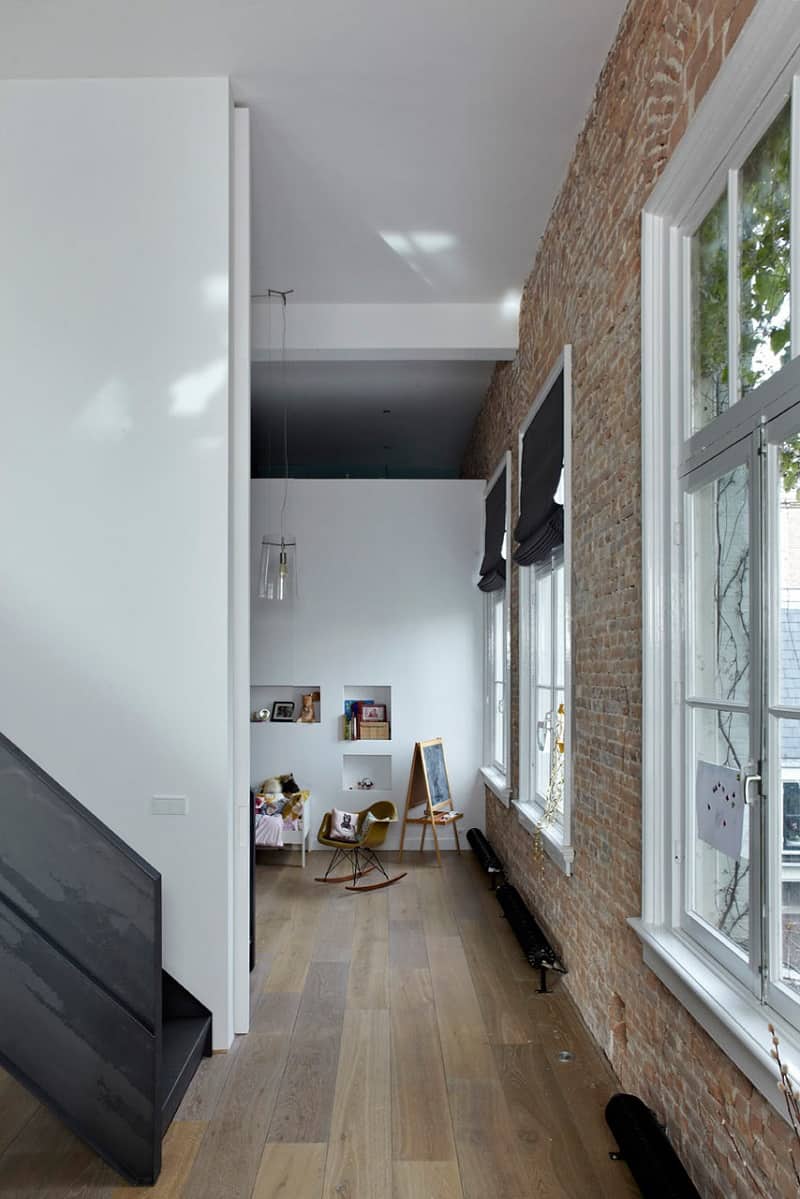