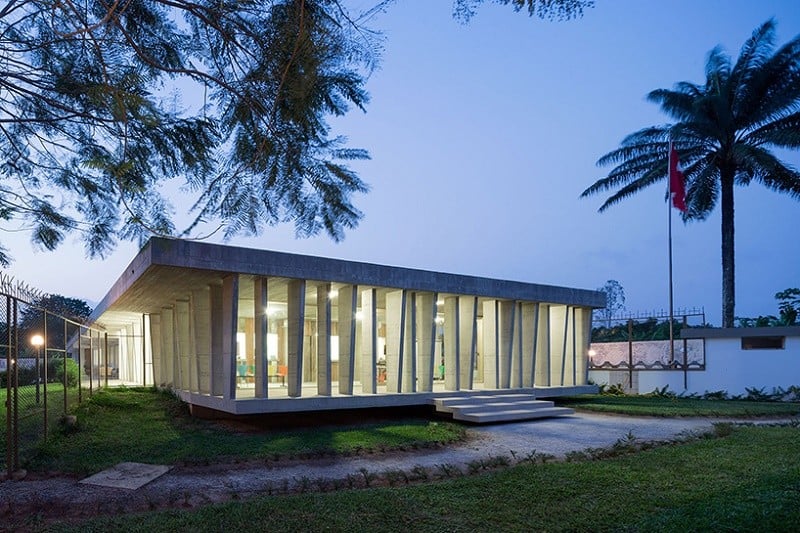 When we say embassy, which is your first thought? Rented apartment or building with ordinary formal offices? Switzerland decided to leave this template and the rented floor of an office building in the Ivory Coast and to house the embassy in a new modern facility with dynamic expression.

The new facility, a play with natural and industrial materials, harmoniously fits in the lush greenery and nature around it. The embassy is located in an old villa from 1960, completely renovated by the studio Local Architecture in a facility which allows to carry out formal and consular affairs.

The building has a calming architecture and simple expression. The entire interior is open, transparent for the bystanders due to the glass facade, but also hidden behind the second row of concrete pillars. The facility has been upgraded with an additional section for consular department, and thus expands the flat roof of the villa. The second façade – a kind network of columns offers privacy, shade and coolness in the space, and protects the glass facade in case of bad weather.

According to the architects, the concrete pillars have a symbolic role, reflecting the political and economic strength of Switzerland, delivering its strict discipline and sense of security. The facility, however, dominated by the rough, harsh beauty of concrete, is homage to the rich modernist architectural heritage of the country. The concrete dominates on the facade and in the interior floors and other surfaces. A harmonious contrast with the rugged beauty of the concrete is created with the wooden panels made of local wood, which bring a sense of natural warmth and enrich the interior, establishing a relationship with the rich nature outside the embassy walls and symbolizing the connection between Switzerland and the Ivory Coast. 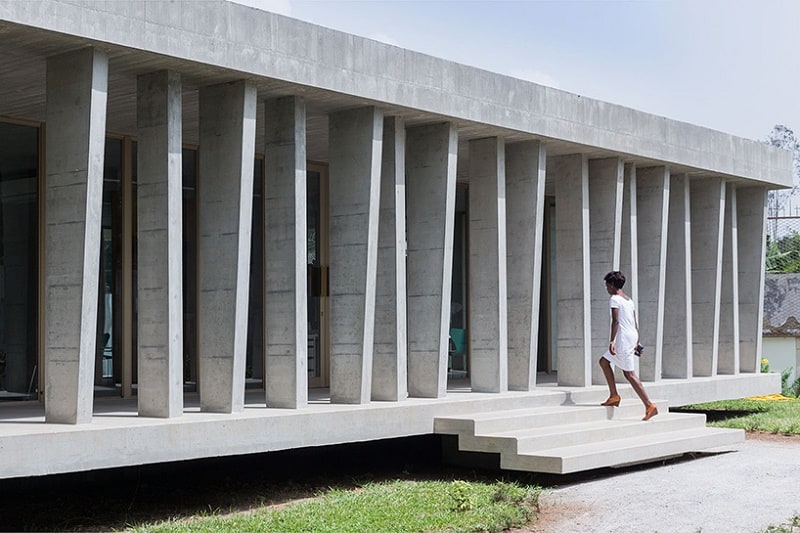 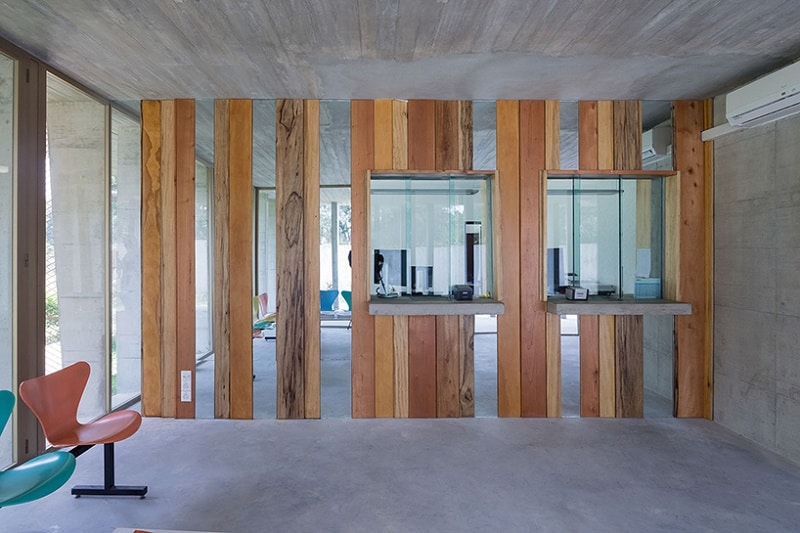 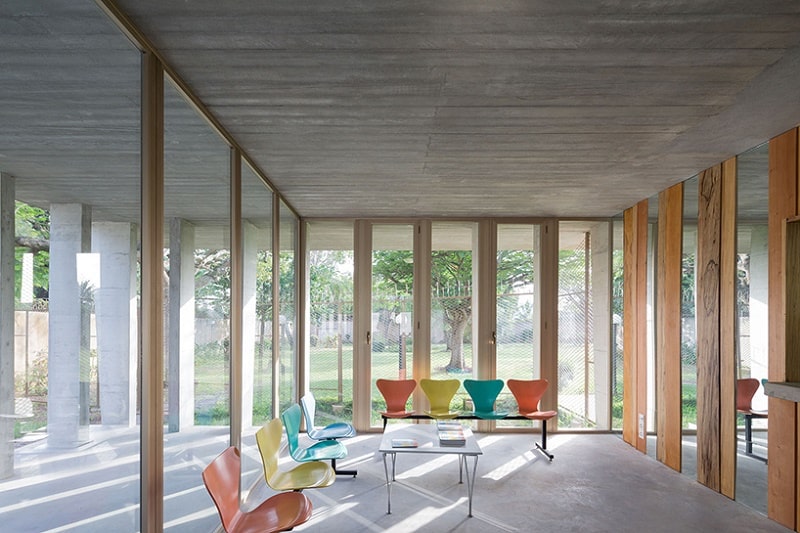 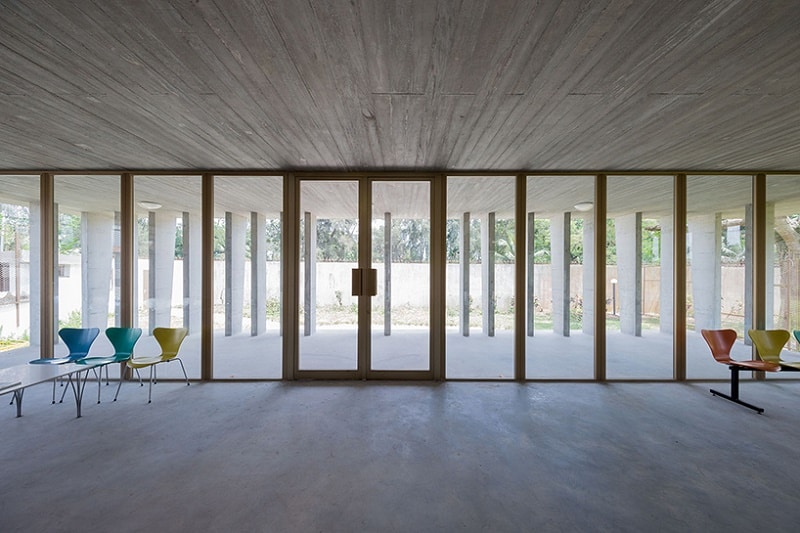