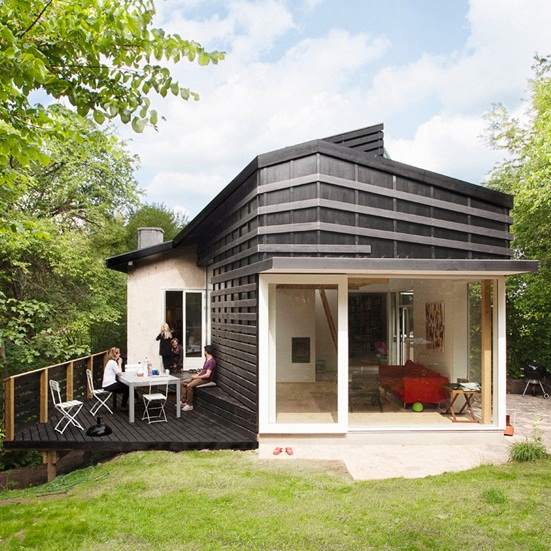 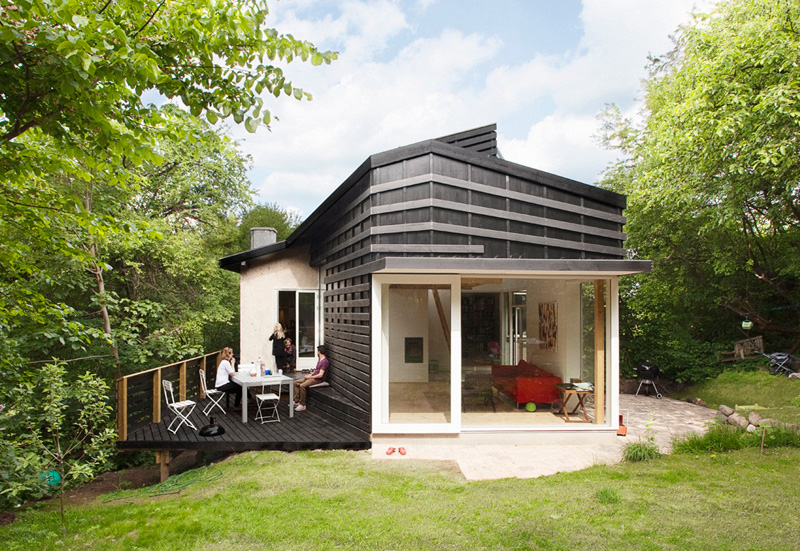 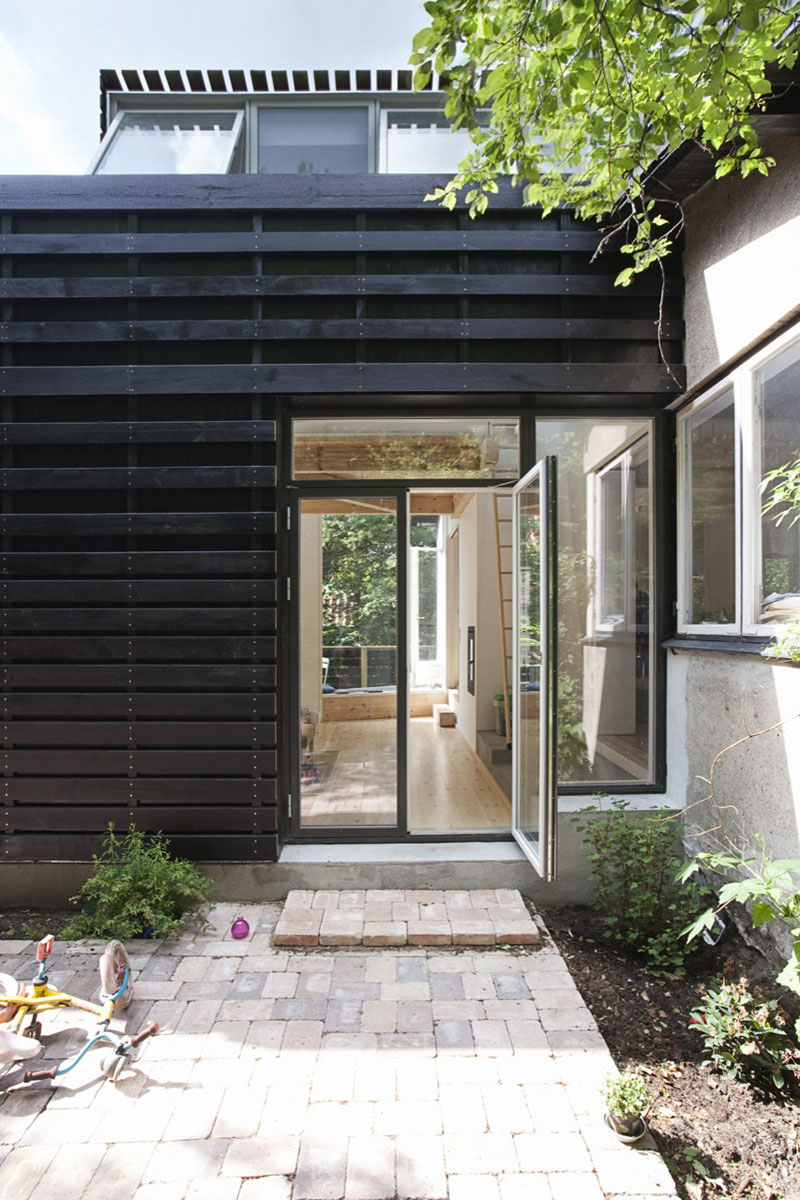 The extension meets the house through large windows, allowing light into both and creating a subtle connection between the two. the windows are set flush with the walls. This way the thickness of the walls is less obtrusive – the walls appear thin and bright.

The horizontally ribbed wood facade emphasizes the appearance of the new roof unfolding from the existing house. The decreasing density of the horizontals adds to this dynamic expression.

Inside, a large wooden loft hovers in the new living room. The enclosure of the loft is translucent and allows light to pass through the living room from the large dormer window above. The translucent enclosure reveals merely shadows of what happens behind, adding to the ephemeral character of the extension. 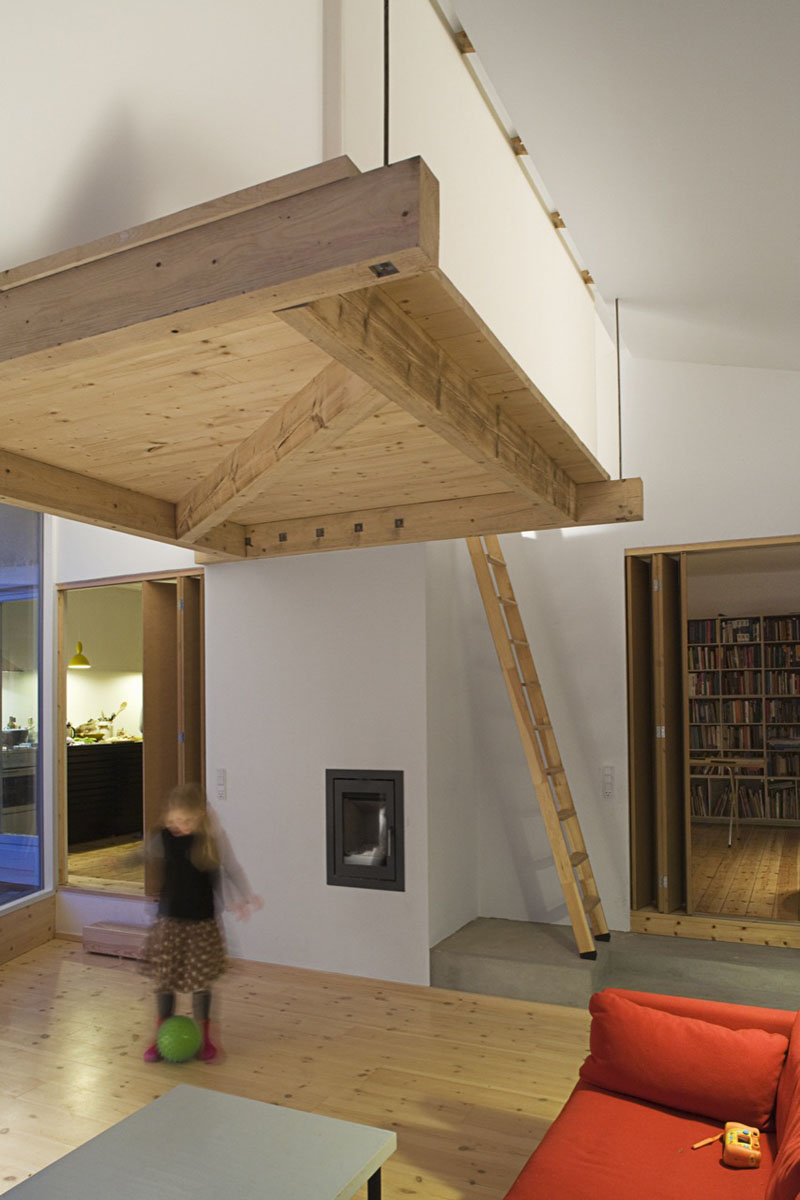 At night, the illuminated translucent walls light up the living room, creating a paradoxical atmosphere that simultaneously combines intimacy and openness. 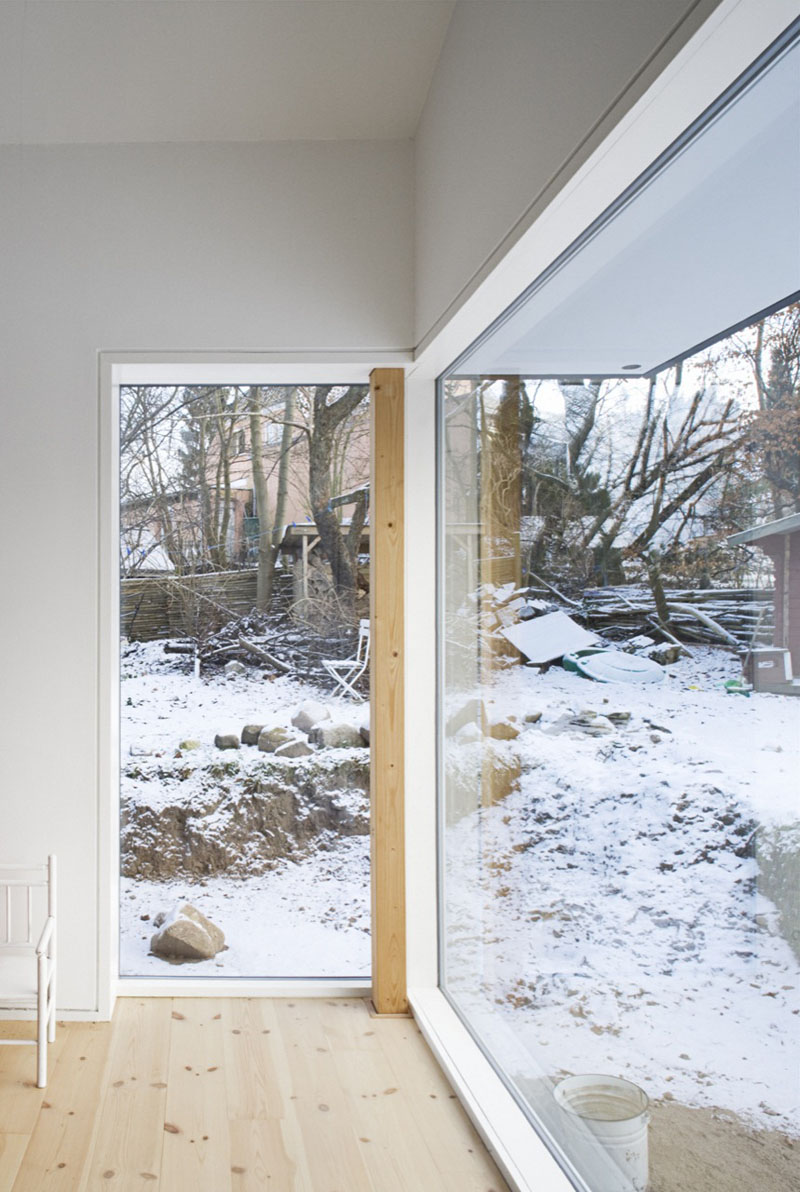 The loft is reached by a compact ladder that adds a hint of playfulness. The ladder stands on a concrete base that connects the old and the new. 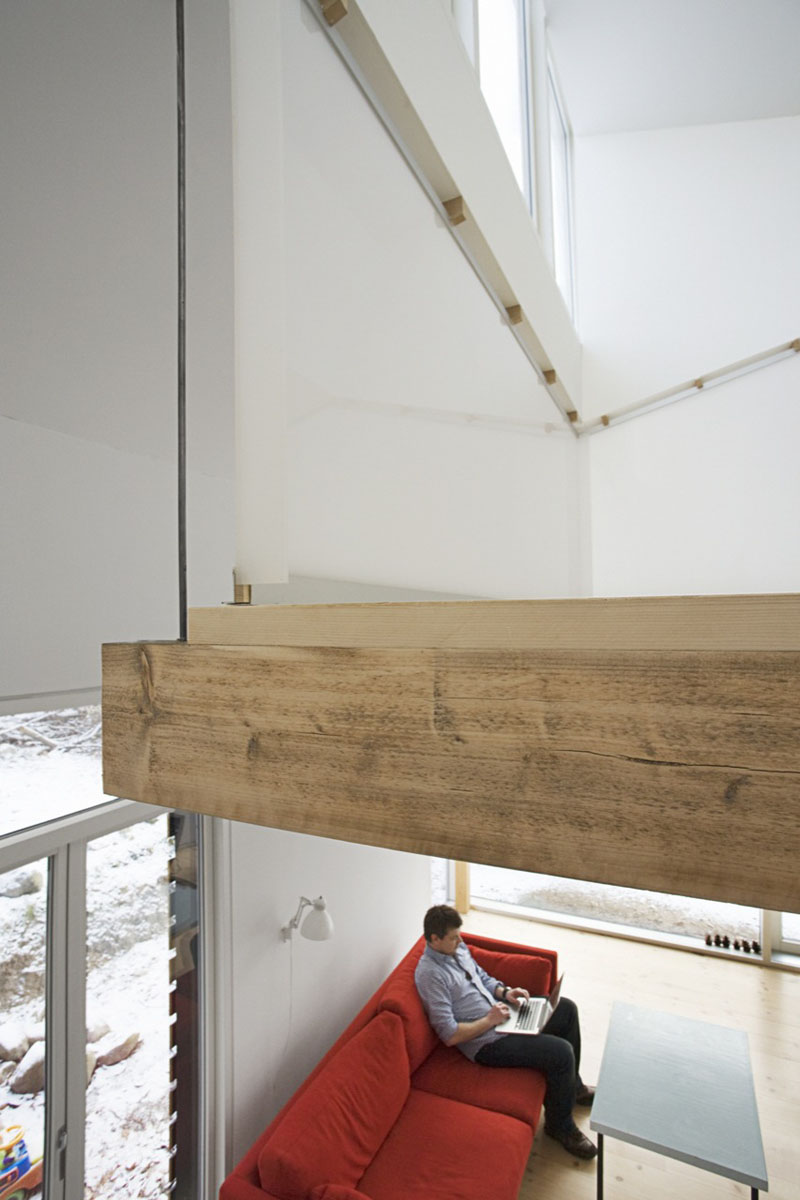 The loft is suspended from the ceiling by thin steel rods that stress the floating and cloud-like appearance. The translucent enclosure secludes the space from the living room by blurring the immediate context. 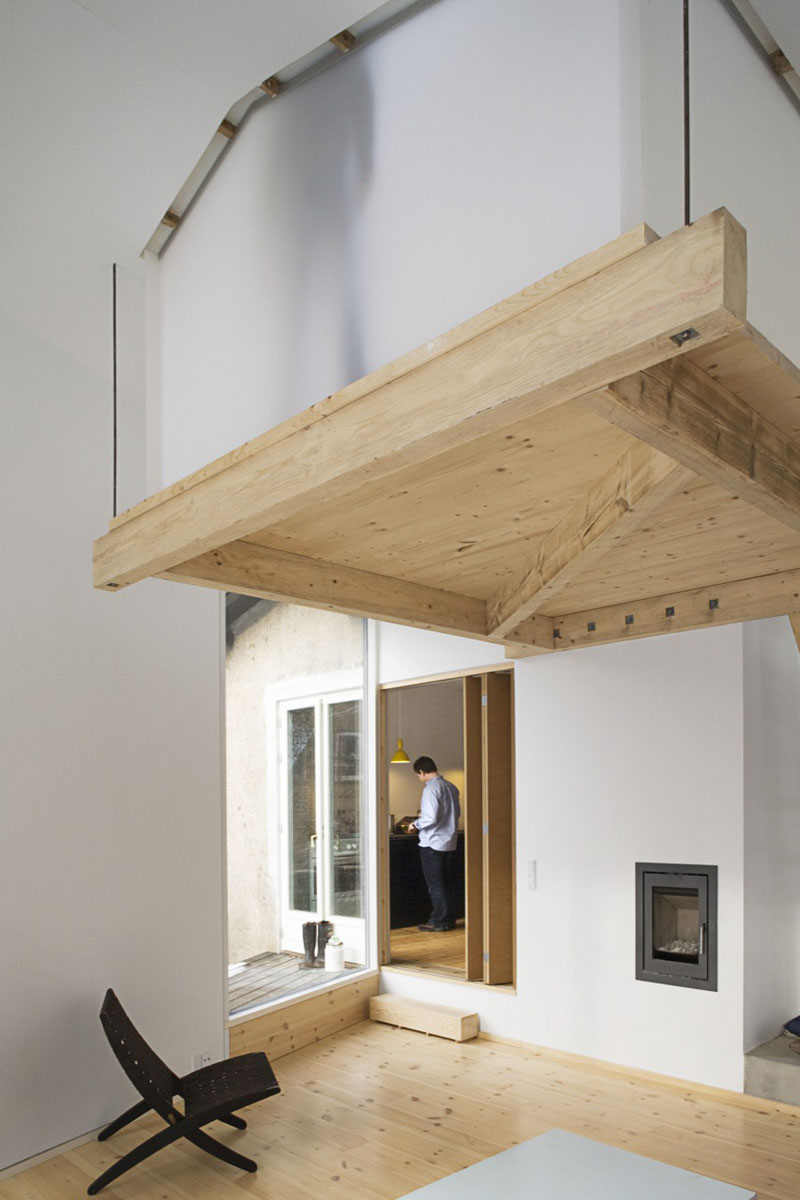 The loft is intended as a bedroom. With atelier-like windows connecting to the sky, one sleeps as if on a cloud on a starry night. From the loft one can peek into the existing house. 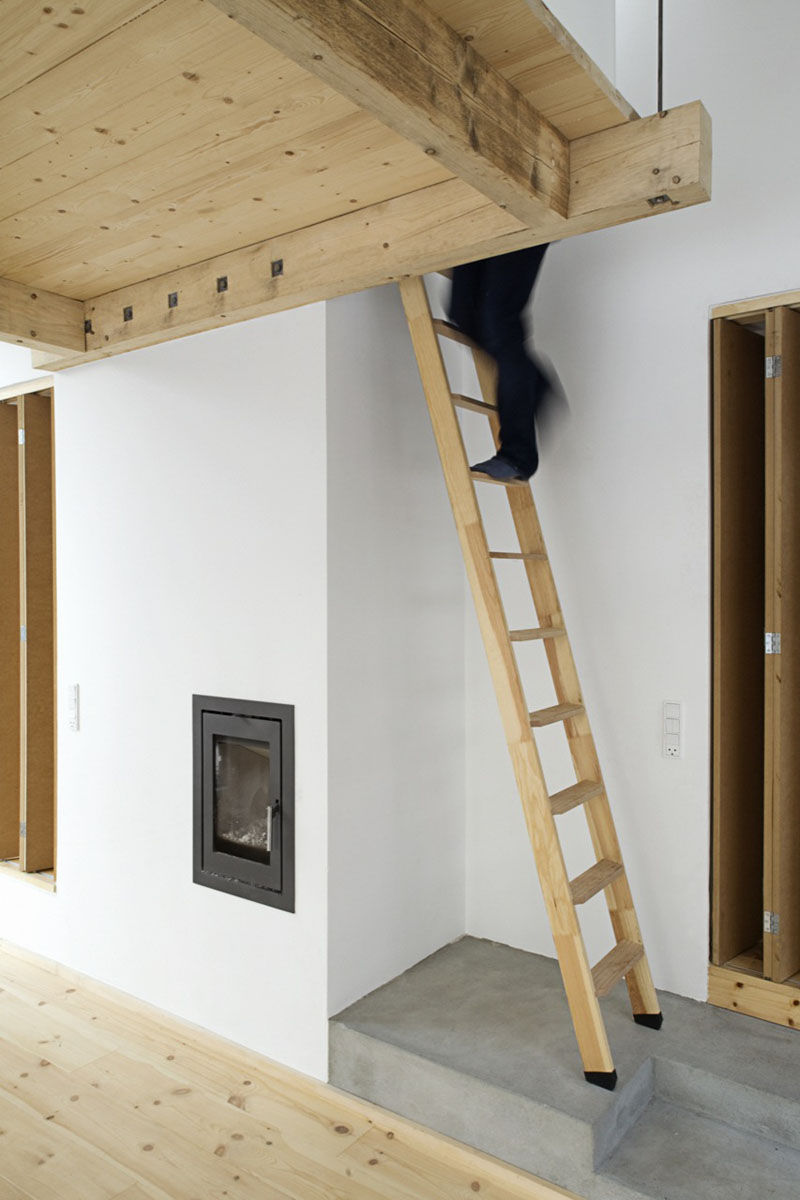 During the day, the large windows light into both the extension and into the existing part of the house.” 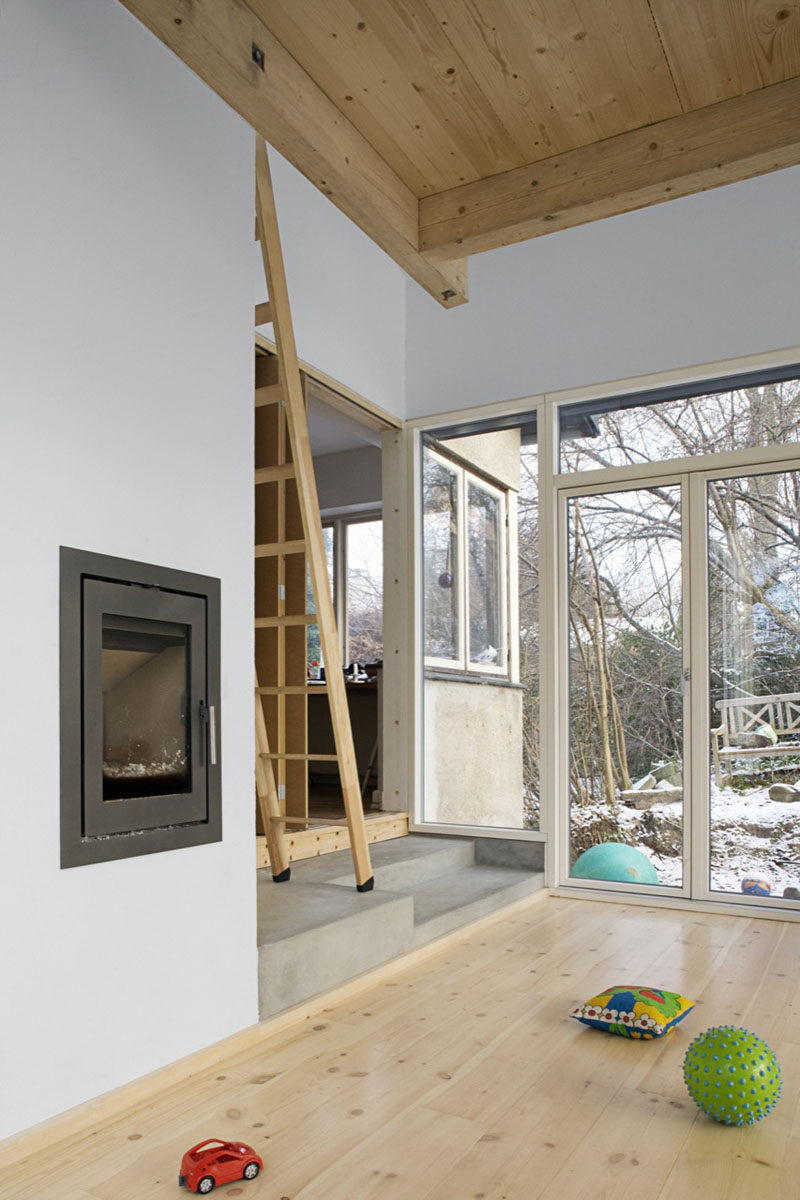 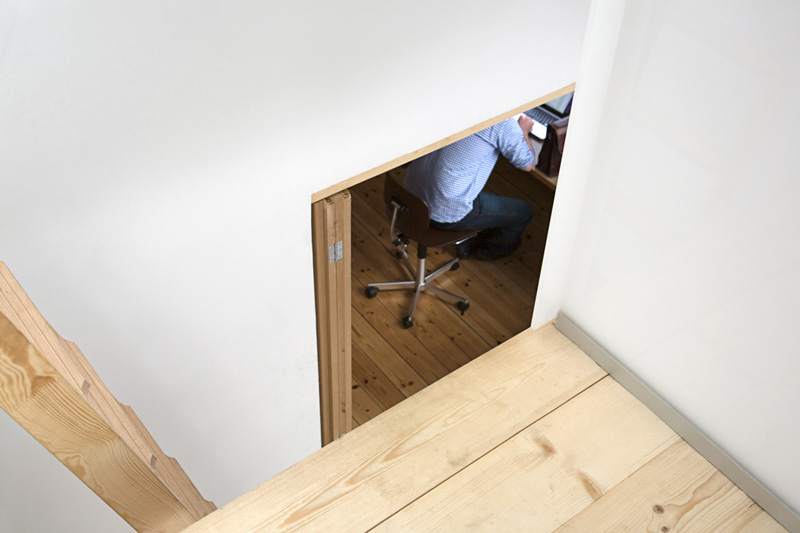 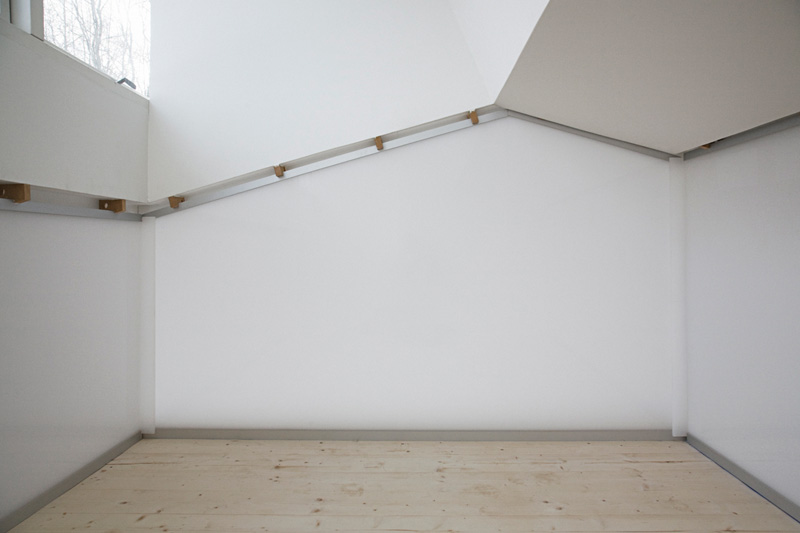 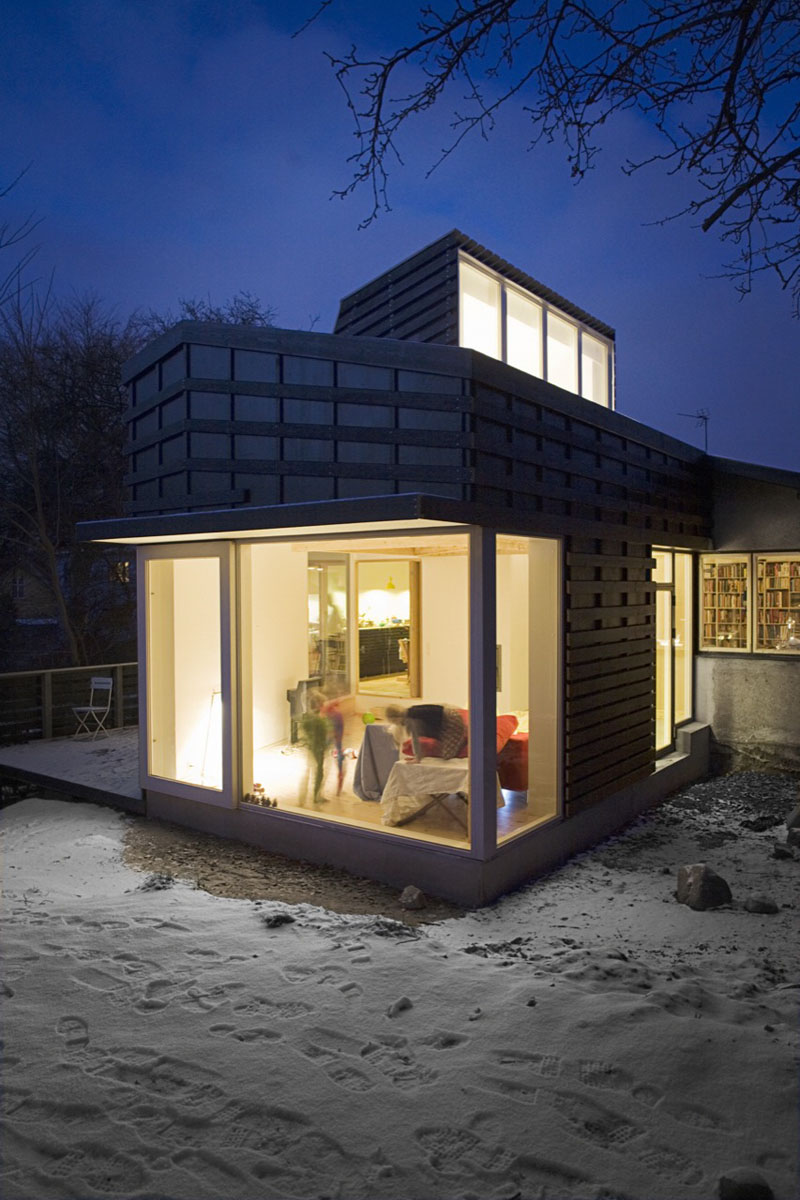 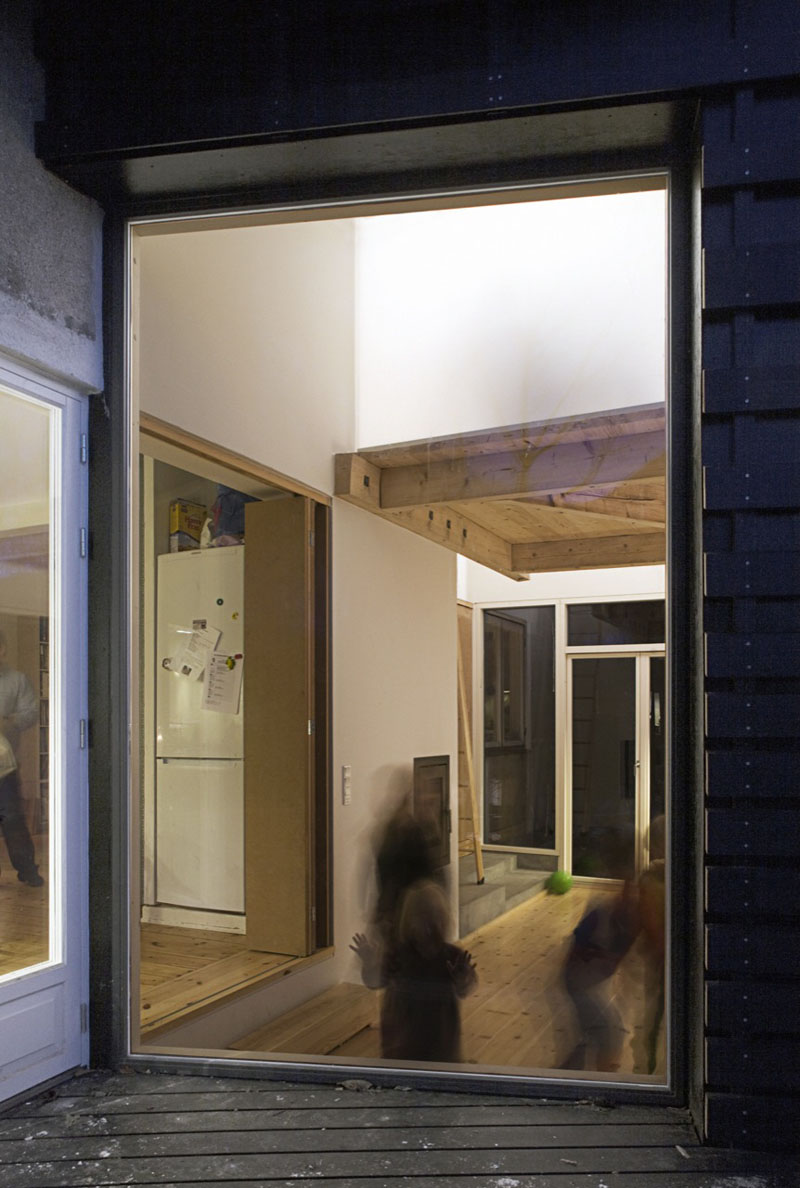