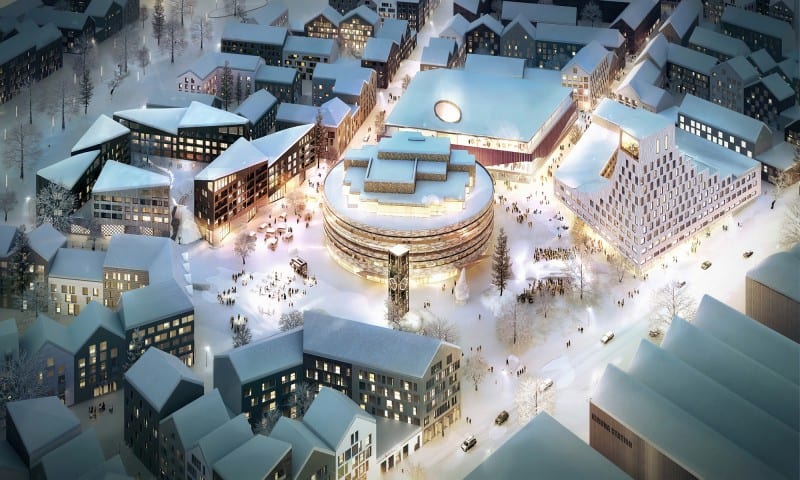 The Swedish city of Kiruna has an unusual destiny – its residents are forced to pack their bags and leave. The northernmost town in Sweden, located just 145 kilometers from the Polar circle, must be moved three kilometers eastward to survive because it is in danger of collapse and sinking due to the mining operations by the state-controlled company.

The urban plan for the relocation of the city is already completed and the first stage of the development is the construction of the first residential block on the new town square. The residential neighborhood is being built in accordance with the project by architectural studio “Kjellander + Sjöberg” from Stockholm. The first urban block of the city will be built in accordance with all environmental standards, there will be a small park, spaces for various snow sports and they will essentially try to make a blend of the potential new look of Kiruna with the old cultural and urban spirit. The architects describe the block as ‘sustainable in the long term’, and its shape will be specially adapted to be able to withstand large snow and wind loads.

The park between the buildings will be connected to the new Town Square with a public diagonal staircase, which can be transformed into a ski slope in winter. 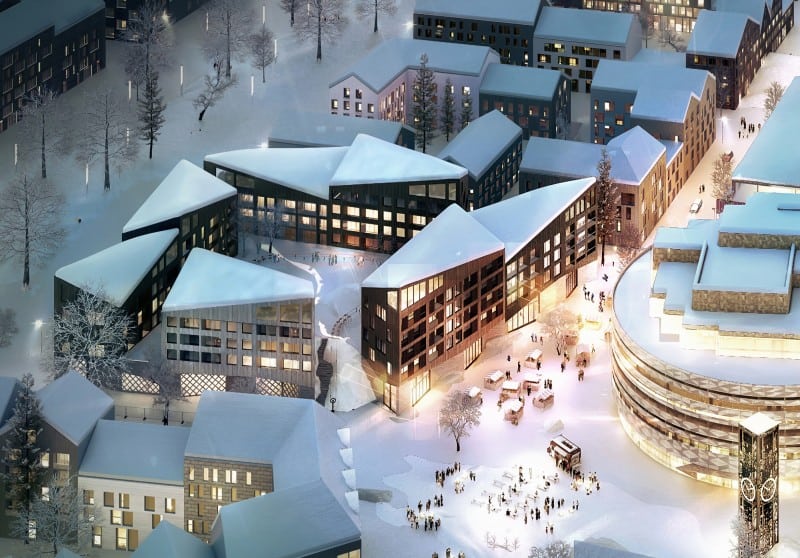 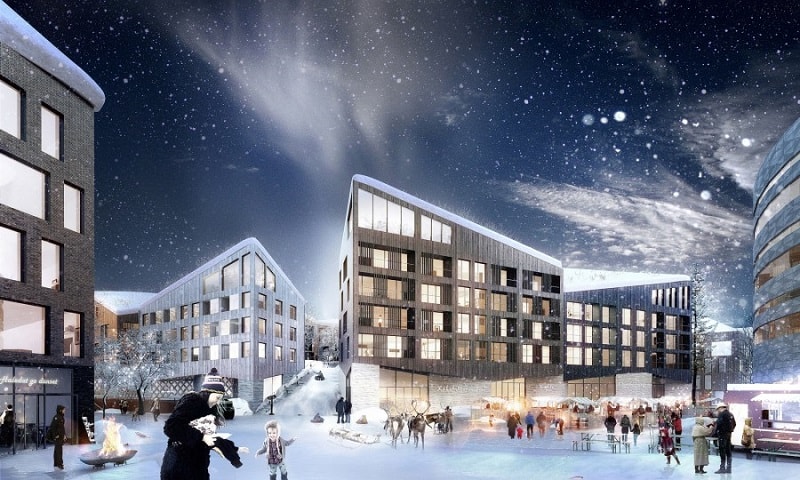 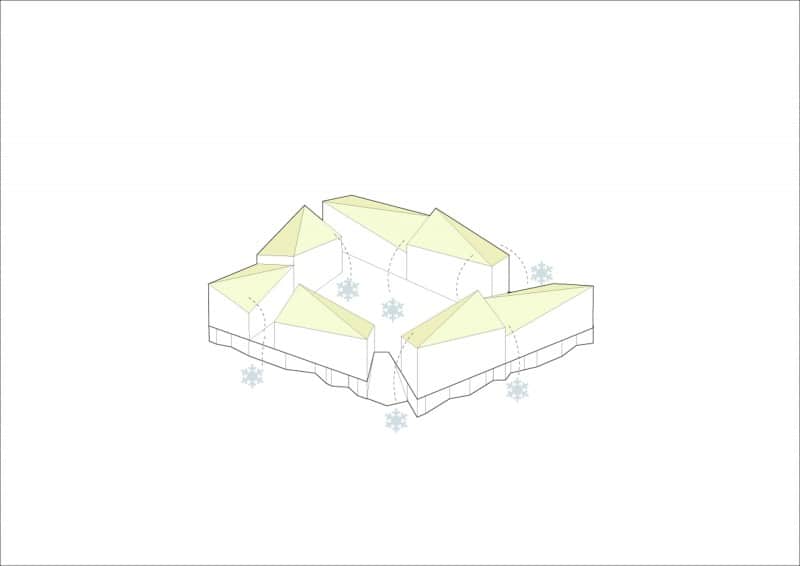 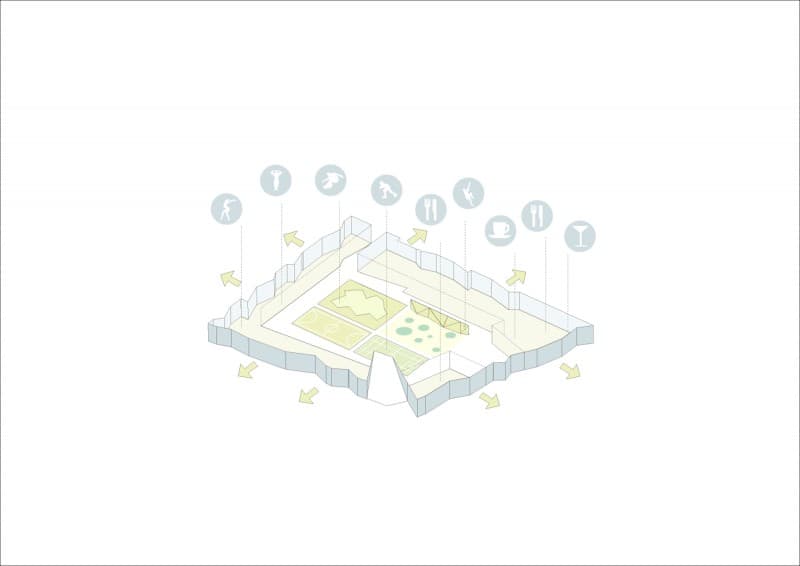 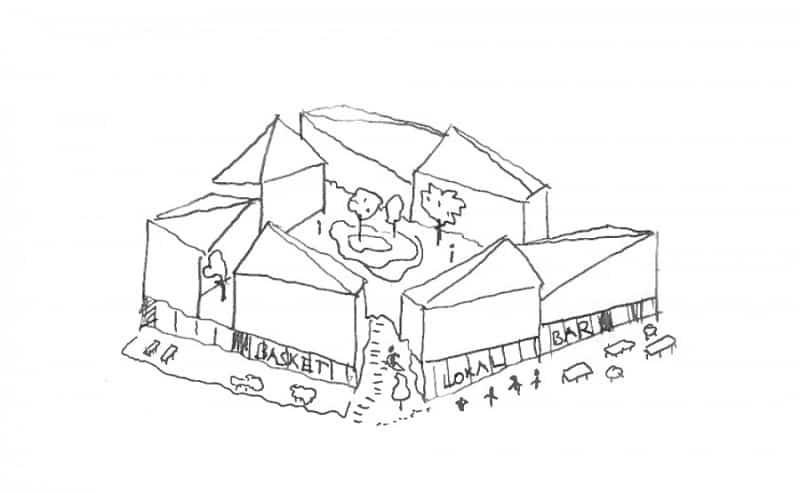 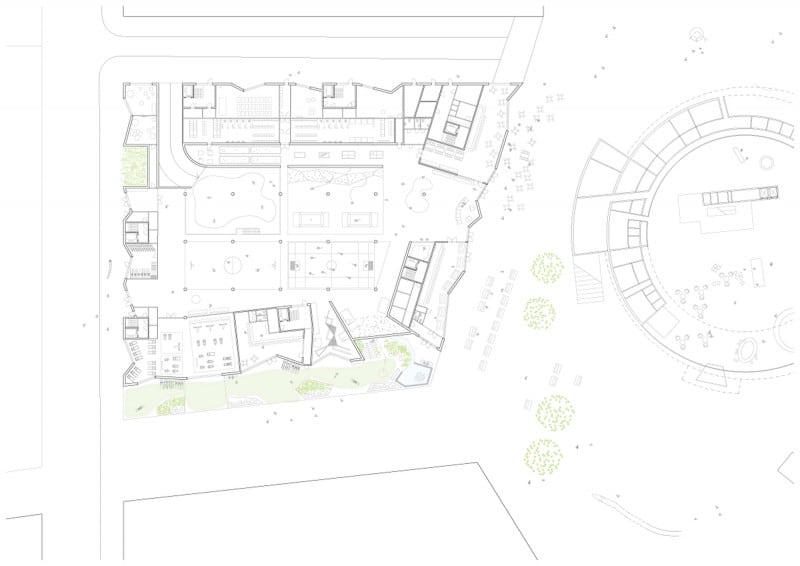 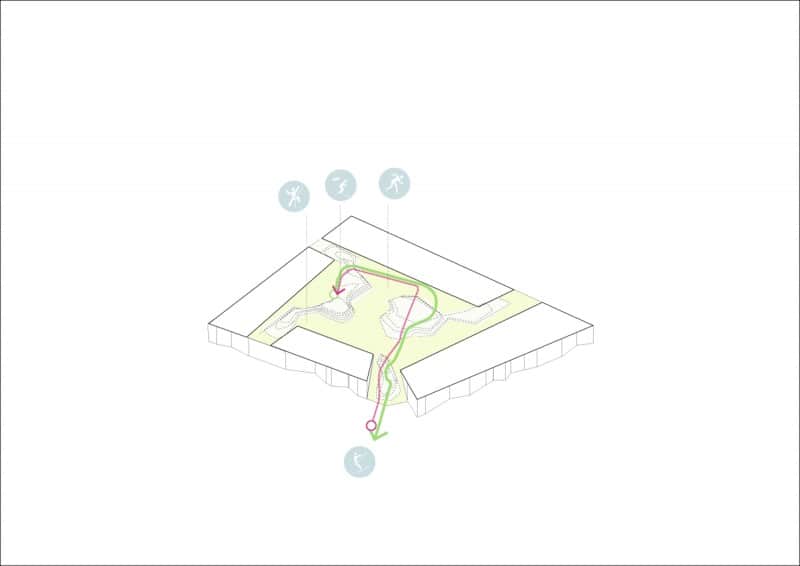